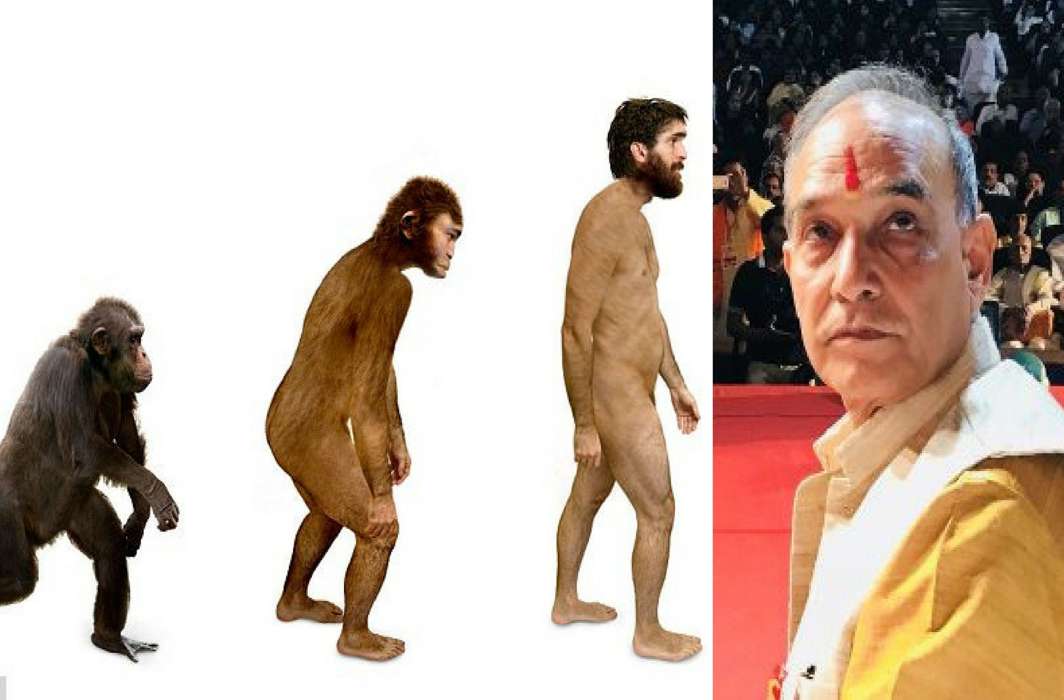 India’s Minister of State for Human Resource Development, Satyapal Singh, whose job is to take care of the country’s education system, has said the laws of motion were codified in mantras long before Isaac Newton. He had earlier trashed Darwin’s theory of evolution as ‘scientifically wrong’.

The minister, who was chief guest at National Science Day function on Wednesday, Feb 28, had made the statement on laws of motion at a meeting of Central Advisory Board of Education (CABE) held on January 15 and 16, which was attended by several Union Ministers and education ministers of most of the states, said media reports quoting minutes of that meeting.

He also said that educational institutions must comply with Vastu shastra prescriptions for better learning, according to the minutes of meeting of Central Advisory Board of Education (CABE) held on January 15 and 16, which was attended by several Union Ministers and education ministers of most of the states, said media reports.

“There are mantras which codified ‘laws of motion’ much before it was discovered by the Newton. Hence it is essential that traditional knowledge must be incorporated in our curriculum,” the minutes of the meeting quoted Singh, a former Mumbai police commissioner, as saying.

Suggestions at the meeting from other state ministers included replacing ‘Yes, sir’ in classrooms with ‘Jai Hind’ and singing the national anthem and hoisting the national flag in schools across the country.

One minister suggested syllabuses be remodelled towards ‘culture-based education’.

Kunwar Vijay Shah, the minister of school education from Madhya Pradesh, said: “The practice of saying ‘yes sir/yes ma’am’ during the school attendance should be replaced with the Jai Hind word.” He also asked for the “national flag hoisting and national anthem (to) be made compulsory in all the schools”.

Mahesh Sharma, minister of state (independent charge) for culture environment, forests and climate change, said that value- and culture-based education was the need of the hour. He suggested that the National Council of Educational Research and Training (NCERT) should remodel the syllabus towards culture-based education. He also highlighted the need for “integrating education and culture to instil pride in our youth”.

Html code here! Replace this with any non empty raw html code and that's it.

On Wednesday Satyapal Singh, who was chief guest at a National Science Day function, stonewalled questions on Darwinian evolution.

In his speech, Singh said science was essential to the progress of society and that ancient Indian culture imbibed a culture of scientific investigation and didn’t have the conflict between science and religion, like in Europe.

“There was no struggle between science and religion in India and our tradition teaches us to live according to biological and natural laws,” he said in the course of his inaugural address. National Science Day is being celebrated since 1996 to commemorate the discovery of the Raman effect, that deals with the scattering of light and won Sir CV Raman the Nobel Prize for Physics in 1930.

Singh stoutly refused to acknowledge repeated questions from journalists, on the sidelines of the function, on his views on evolution and if the ideas of Charles Darwin needed to be excised from textbooks. He also didn’t stay on for a talk by evolutionary biologist, Amitabh Joshi, of the Jawaharlal Nehru Centre for Advanced Scientific Research.

In January, Singh had said that Charles Darwin’s theory of evolution was “scientifically wrong” and needed to be changed in school and college curriculum. “Since the man is seen on Earth, he has always been a man,” he had said, adding that our ancestors had not mentioned anywhere that they saw an ape turn into a man. To buttress his argument with his scientific credentials, he pointed out that he was a postgraduate in Chemistry. The man has also served as an IPS officer and was Mumbai Police Commissioner once. That he confused ‘evolution’ with ‘metamorphosis’ is another matter.

Besides, as is evident from the suggestions made at the CABE meeting, Satyapal Singh is ably supported by his party colleagues adorning positions similar to his.

Apart from doing all this for “integrating education and culture to instil pride in our youth”, the government is also embarking on a momentous move to bolster India’s security and enhance its power in the world through a ‘Rashtra Raksha Yagya’ which would be held at Red Fort from March 18-25.

The credit for organising the event goes to a BJP MP Maheish Girri. Most senior BJP leaders and Union ministers will be present for the grand yagya. According to Girri, President Ram Nath Kovind, Prime Minister Modi, BJP President Amit Shah have confirmed their presence for the event.

Donald Trump hints at running for 2024 US election, tells guests he will be in White House in another four years

The Delhi government on Thursday informed the High Court that no night curfew will be imposed in the national capital or parts...
Read more