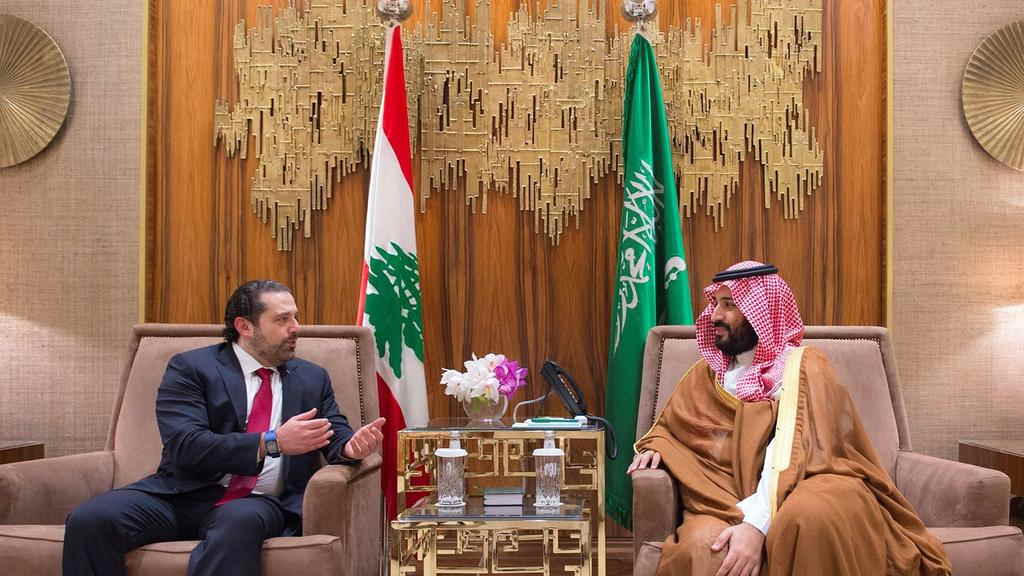 It is now confirmed that Lebanese PM Saad Hariri is in illegal custody of Saudi Arabian authorities at an unknown location. It vindicates Lebanese President Micheal Aoun’s fear that Hariri was kidnapped in Saudi Arabia.

According to Reuters, from the moment Saad al-Hariri’s plane touched down at King Salman airport in Riyadh on Friday November 3, he was in for a surprise. He was not welcomed by Saudi princes or officials. Instead his phone was confiscated and the next day he was forced to resign as PM in a statement broadcast by state owned Al-Arabia TV. Hariri received a phone call on November 3 night from Riyadh for an unscheduled visit without accompanying aides or senior officials.

On November 7, Saad Hariri reportedly travelled from Riyadh to UAE to meet Crown Prince Sheikh Mohammed bin Zayed. But no follow up stories were reported about his meetings in Abu Dhabi.

On Friday, November 10, Lebanon’s president Michel Aoun told foreign ambassadors based in Beirut that Saad al-Hariri has been “kidnapped” by Saudi officials and must have immunity. He has been convening high-level meetings with Lebanese politicians and foreign diplomats since Hariri resigned in a surprise broadcast on November 4.

Reports quoting sources close to Hariri say that Saudi Arabia has concluded that the Saad Hariri had to go because he was unwilling to confront Hezbollah. Riyadh hopes to replace Saad Hariri with his older brother Bahaa, who is believed to be in Saudi Arabia. However, Hariri family members have refused to accept Riyadh’s invitation to travel to Saudi Arabia to pledge allegiance to Bahaa, sources have claimed.

One of these sources told Reuters, “When Hariri’s plane landed in Riyadh, he got the message immediately that something was wrong. There was no one waiting for him.”

Meanwhile Saudi Arabia has dismissed the allegation of “kidnapping” Hariri saying he is a free man. However no Saudi official came forward for a comment on the circumstances of Hariri’s arrival, whether his phone had been taken, or whether the kingdom was planning to replace him with his brother.

But his complete disappearance from public has generated suspicion. Hariri has not given any public remarks since he resigned over a week ago.

Hezbollah leader Hassan Nasrallah, who is considered to be influenced by Islamic revolution of Iran, said on Friday that Saudi Arabia had declared war on Lebanon and accused Riyadh of detaining Saad Hariri and forcing him to resign for politically destabilizing Lebanon. He said that Hariri’s resignation while travelling to Saudi Arabia was an insult to all Lebanese people. He demanded that he must return to Lebanon.

Nasrallah was first Lebanese leader to say, “Let us say things as they are: the man is detained in Saudi Arabia and forbidden until this moment from returning to Lebanon.”

France became the first Western country to indicate that Saudi Arabia was holding Hariri against his will, saying it wished for him to have “all his freedom of movement and be fully able to play the essential role that is his in Lebanon”.

French President Emmanuel Macron, before his unscheduled visit to Riyadh on November 12, had reportedly said that all Lebanese officials should live freely, “which means having a very demanding stance on those who could threaten any leader”.

According to observers, Saudi move to force Hariri to resign was aimed to weaken Hezbollah by creating political vacuum in Lebanon at a time when Daesh (IS) is defeated in Syria and Iraq with active Iranian support. Iran, Iraq and Syria have been alleging Saudi Arabia for its support to Daesh terrorists and consider it as an act of sharing responsibility of implementing the larger US-Israeli plan in the region.

The rivalry between Saudi Arabia and Iran was witnessed in Iraq, Syria and Yemen, where they support rival sides. Saudi has long tried to weaken the Iran-backed Hezbollah, one of the main political parties in the Lebanese ruling alliance.