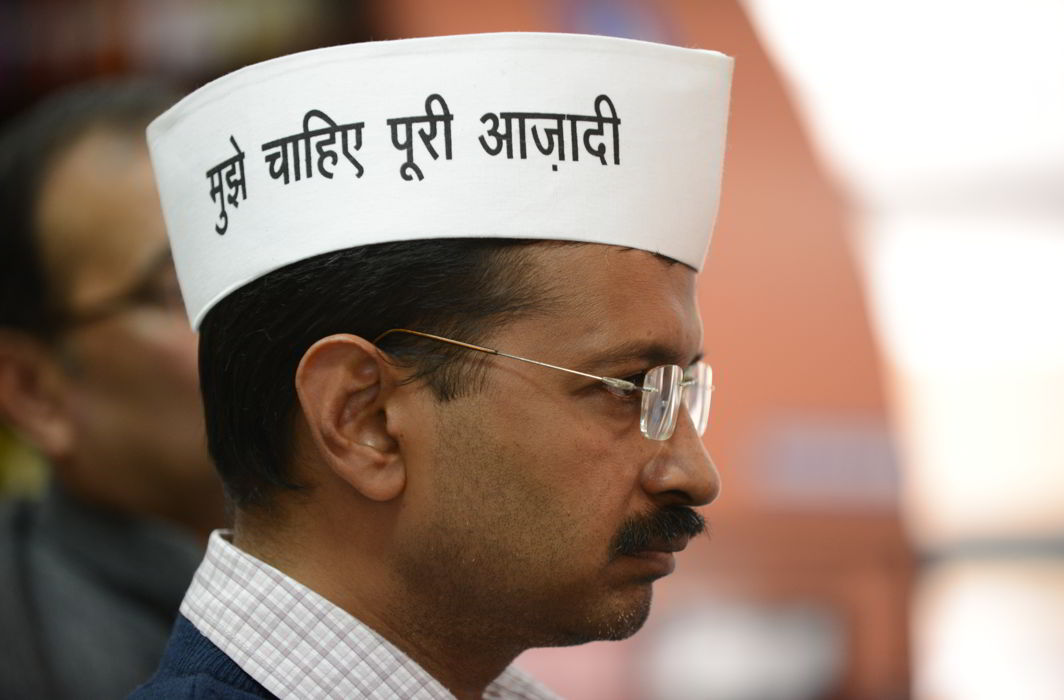 I probably move in the wrong circles, because nobody I know has a good word for the Aam Aadmi Party. You mention AAP and they begin to whine. This is not the response I get from neighbourhood drivers, other workers and their friends. There is a wide difference of opinion. Is there a clear class divide?

It was just as well that Algebra, the club which exposes the precocious to some intellectual titillation, screened The Insignificant Man, in which cinematic craft takes full advantage of reels upon reels of intimate footage of the AAP’s first rise to power in December 2013.

All the images returned to my mind:  AAP’s shock debut in December 2013 and stunning consolidation in February 2015, winning 67 of the 70 seats in the State Assembly. I receive calls from friends in Mumbai: who should they contact in Delhi with sizeable donations? Wives of retired officials, copy editors are all volunteering to work for AAP. Doctors, nurses, technicians in Max hospital are wearing AAP badges – enthusiasm on an unimaginable scale. Just think of those heady days. AAP’s meteoric rise and the new conventional wisdom have their reasons.

The way globalization manifested itself in India may have boosted business but it stifled discourse. The four Cs, Cricket, Cinema, Crime and Communalism pushed out most serious debate from mainstream media. Murdochization of the media was the order.

Pouring venom on AAP soon after its rise was only a shade less popular on the ratings chart than badgering Pakistan. AAP was neither Left nor Right. It was frontally against the establishment and the establishment was going to tattoo it with double fisted punches.

Well informed, gregarious though moderately paid journalists, were gradually replaced by star anchors with stellar salaries, mandated to ginger up content to support advertizing, the vehicle for a burgeoning economy. Studios became arenas for cruel sport. But when the Lehman Brothers crashed in 2008, signaling capitalism’s state of disrepair, the Indian economy too was checked in its tracks.

Crony capitalism tied to a system which had become increasingly unsure of itself, led to widespread suffocation across the globe. Voters began to dream dreams of breaking out of the strait jackets of the available political parties.

AAP was not the only eruption. There were many assaults on the establishment, from the Left as well as the Right, everywhere.

Systems churned, bringing out the establishment’s willingness to make adjustments but only with the Right. The left was negotiated differently.

Take the 2016 US Presidential elections. The Republicans had settled for Jeb Bush in a tepid sort of a way but the Establishment’s overwhelming consensus was for Hillary Clinton. That which made her the Establishment’s favourite was exactly the reason why she was unelectable: she was THE establishment, an entity utterly in bad odour with an exponentially increasing number.

Bernie Sanders a front runner by yards in the Democratic primaries and who, in retrospect would have won the election, was halted in his tracks. A gamble with Donald Trump as a possibility was considered preferable on both sides of the aisle to a “Caamunist” like Sanders. McCarthyism was alive.

When Pablo Iglesias, leader of Podemos, a Communist formation, burst upon the political scene with substantial number of seats, The Establishment was rattled. Prime Minister, Mariano Rajoy of the right wing Peoples Party, primarily responsible for the unspeakable corruption which loomed heavy over the elections, had been reduced to a minority. He would have been defeated in the event of a vote in the House. But crafty systems managers kept a defeated Prime Minister in power until the next election in June 2016.

In the meantime a centre-right party, an answer to Podemos, named Ciudadanos (Citizen) Party was hurriedly promoted. It made noticeable gains. The Establishment had seen the writing on the wall. Manipulations could sustain the status quo but not beyond a point, given the growing resentment against establishments. In the meantime alternatives will have to be put in place – Ciudadanos, for instance – to protect Spain in the future from a Podemos like “disaster”. It was the Ciudadanos model that Emanuel Macron followed in France: respond to a quest for apparent novelty and do the establishment’s bidding.

A rash of Far Right, anti immigrant, Islamophobic parties in Europe are causing anxieties to establishments. But imagine Communists like Pablo Iglesias in Spain or Jean-Luc Melenchon in France or even a mild Leftist like Sanders in the US: were these to be found anywhere in the vicinity of power and there would be upheaval on an epic scale. On the other hand, 31 year old, Sebastian Kurz, far right, neo Nazi becomes Chancellor of Austria and murmurs, always faint, are already inaudible.

Keep the global background in mind but consider AAP in an Indian setting, because details are inevitably different from the West.

Remember how the Congress, BJP, Corporates, Media, Lt. Governor, administration, police, enforcement agencies et al, pounced on AAP almost in concert? The young party was mauled, gored, not allowed to function. And soon, the media’s high decibel 24/7 anti AAP chant did begin to affect the middle classes, the chatterati and the would be AAP volunteers in 2014 – they began to troop out. But Neighbourhood drivers and workers have not wavered, some of them are quite content with what AAP claims as its achievements – water, power, education, neighbourhood clinics.