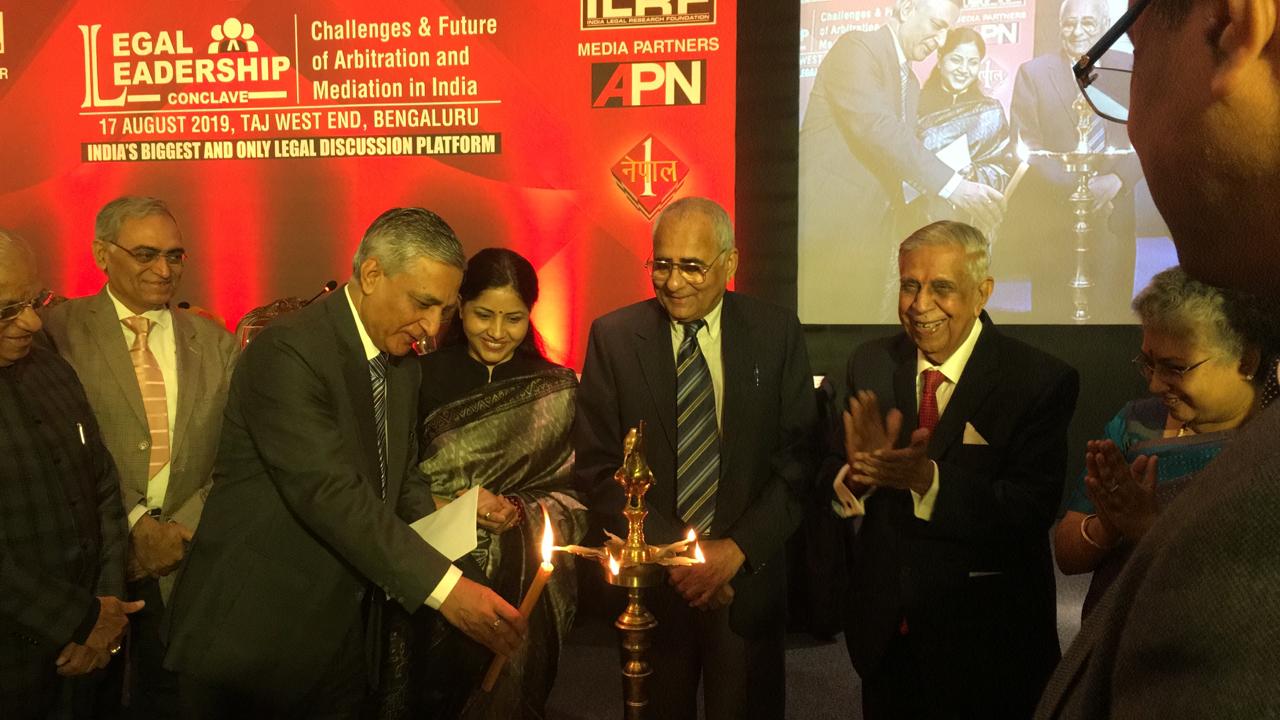 A one-day legal leadership conclave on Challenges and Future of Arbitration, organized by India Legal got off to a glittering start in Bangalore on Saturday with two former Chief Justices of the Supreme Court and Justice TS Thakur lighting the lamp.

The conclave will ideate, debate and ruminate with the country’s leading legal luminaries.

Following the inaugural address by Justice MN Venkatachaliah, the technical sessions started with with the first titled Arbitration – Journey from 1940 to 2019 with Justice Thakur as the chairperson. 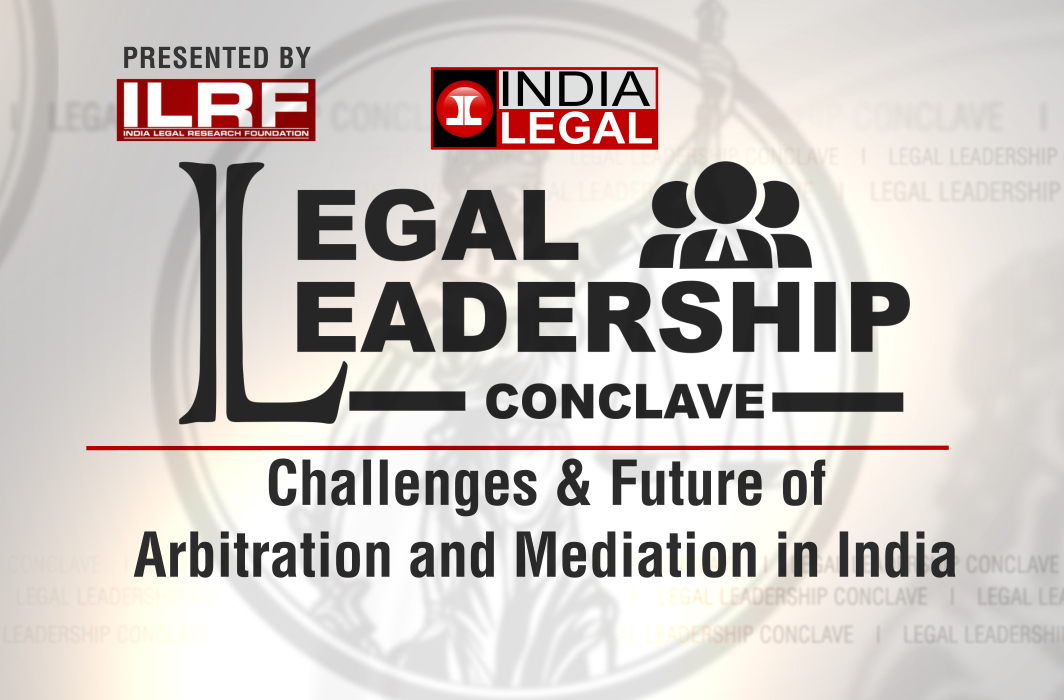 The Legal Leadership Conclave is a series of discussions and events being held nationwide on a wide range of contemporary legal issues where the top legal minds of the country – sitting and retired judges, jurists legal luminaries and other thought leaders – exchange views on contemporary issues. The sessions offer interesting legal perspectives and an eye-opener on how the legal system and its resolution processes have evolved and the direction it should take.

The conclave will comprise of three sessions, each of them devoted to a specific aspect of the main theme.

The first session titled Arbitration journey from 1949 to 2019 was chaired by Justice TS Thakur, former Chief Justice of India and co-chaired by Justice M Shivraj Patil, former Supreme Court judge. The speakers at the session included Justices BN Srikrishna who will speak on Challenges and reforms in Indian arbitration and mediation systems and the way forward. Justice Alok Aradhe of the Karnataka High Court will spoke on Challenges to arbitral awards in commercial courts and the need for training judges. 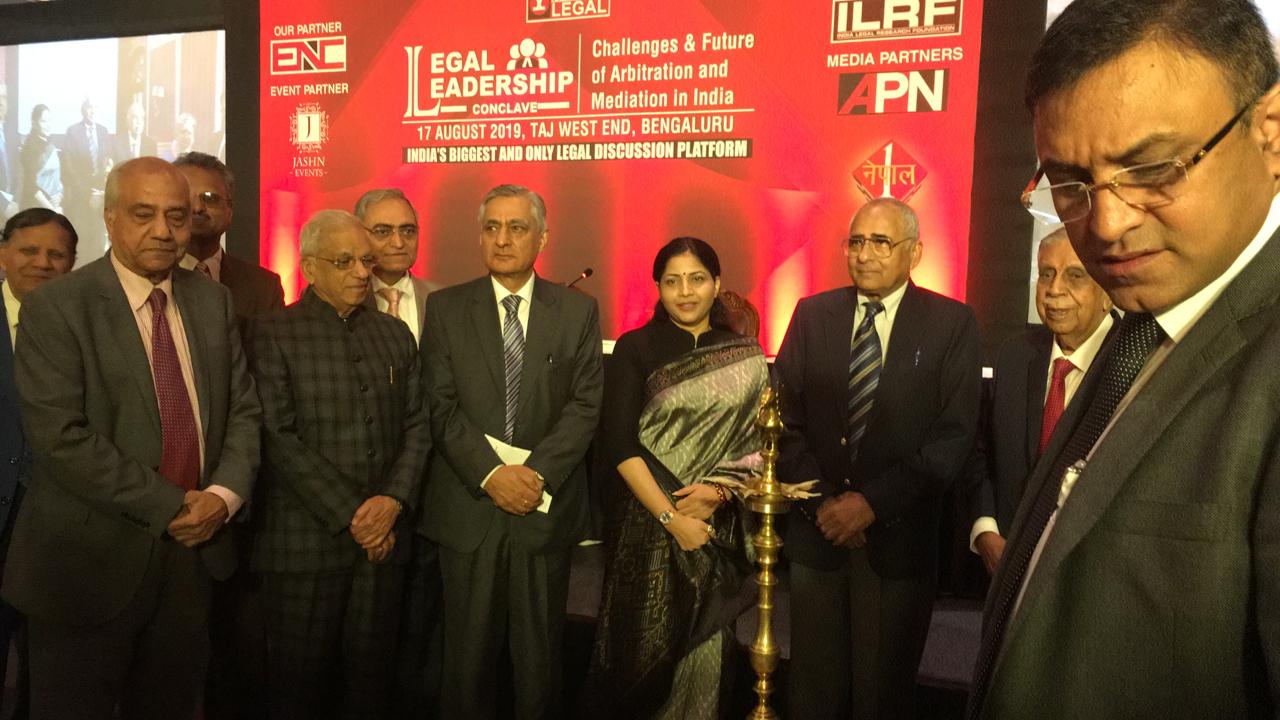 Justice V Jagannathan, a retired judge of the Karnataka High Court, spoke on arbitration as an effective tool for Alternative Dispute Resolution (ADR) process while Uday Holla, former Advocate General of Karnataka talked about Global trends in institutional arbitration. Avinash Amble, an expert on Artificial Intelligence spoke on the use of Artificial intelligence in conflict resolution.

The valedictory session will be addressed by former Chief Justice of India, Justice S Rajendra Babu and Union Minister for Road Transport and Highways Nitin Gadkari. The conclave by India Legal will be held at Taj West End, Race Course road, Bengaluru and the inauguration has been slated at 10.00 am.

Legal Leadership Conclave on Arbitration & Mediation: the need and the problems