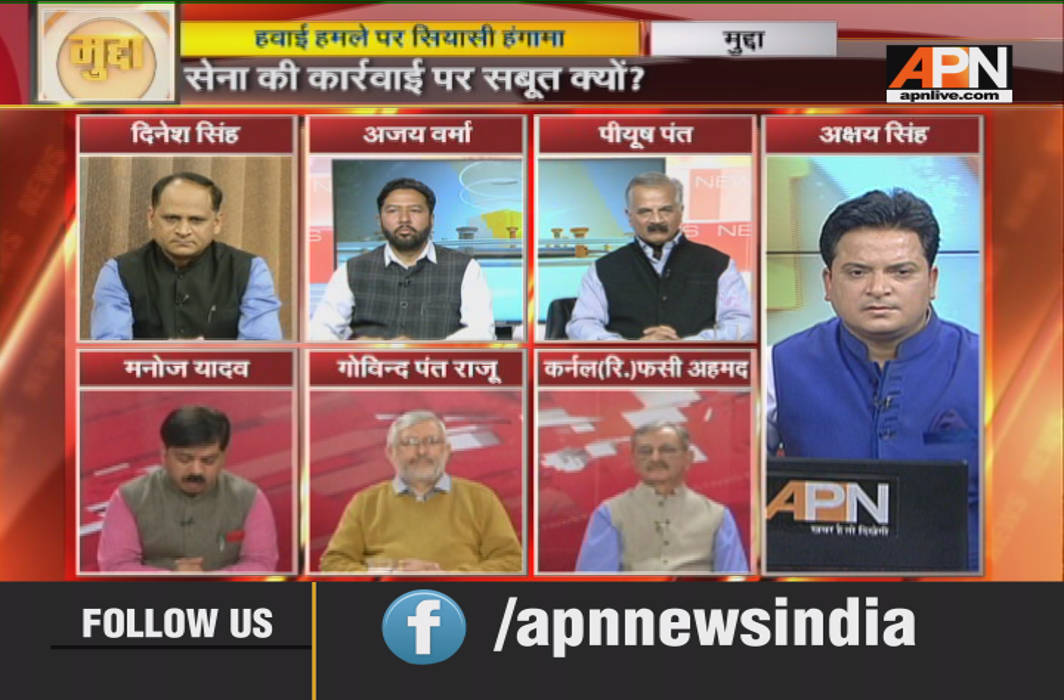 The war of words between the Opposition leaders and government representatives continues over the Balakot air strikes. Opposition leaders are alleging that PM Modi is “politicising terror”, and asking for proof of the casualties following the airstrikes.

Pant said: “There is no question over the calibre and the intention of the defence forces, or the Air Force.”

Ahmed said: “It’s not good that the defence chiefs are reduced to giving clarifications. They have done their work, they are saying authoritatively, the government has made a statement, and that should suffice. Statements made like had we gone to uproot trees, are eventually playing into Pak hands. LoC and the hinterland need to be watched over. This kind of mudslinging will demoralise the forces.”

Verma said: “Our leadership has already stated that whether we win or lose polls, we do not doubt the defence effort, but this suit-boot government is bent on politicising the issue. Women’s security, Ram mandir issue, development…all these muddas failed, and so this government has been trying to capitalise on a national tragedy. Certain sections of the media continue doing Modi’s arati. God knows better what is the truth, though there is no doubt taht the defence is leaving no stone unturned.”

Singh said: “I would like to ask those who are saying Modi is politicising the issue because of the coming polls, why opposition was asking for proof after the surgical strikes? It is the habit of the opposition to insist on proof even on such sensitive matters. Do these leaders who are quoting foreign media believe the foreign media more than what our defence forces are saying? After Pulwama tragedy, all parties wanted the government to react. Now that the government has taken the step, they want proof. This is unfair. Finally it is the people of this great country who will show the proof.”

Yadav said: “I agree that the aim of the defence is to show action, not make a head count. The airstrikes were meant to make a point, to show to the Pulwama heroes’ kin that the nation would not take dastardly action lying down. But the government owes it to the people to come out clear and explain. Our sainiks have been killed, we should do the same on the other side.”

Raju said: “The questions raised over here will be helping Pak in some way. What India did was not a simple act of revenge, but the effort was to finish terrorism. India is a peaceful nation, the war is against militancy, not against the peoples of some nation.”

Verma said: “The Geneva convention lays down rules on captured foreign defence personnel. Abhinandan came home because of that, not due to the government’s effort.”

Singh said: “Yes, Geneva Convention is there, but then Sarbajeet should also have come back safely home. We must take Abhinandan’s homecoming as our diplomatic and strategic win.”

Ahmed said: “Look at this, the then US president Obama had simply stated that they had eliminated Bin Laden. Why should we not accept our official version?  We don’t owe any proofs to anyone.”

Yadav said: “Air chief marshal has not stated how many people got killed, nor any other defence spokesperson has done so. Media sources had claimed that 270 people got killed. Modi was busy in poll rallies when our sainiks were dying.”