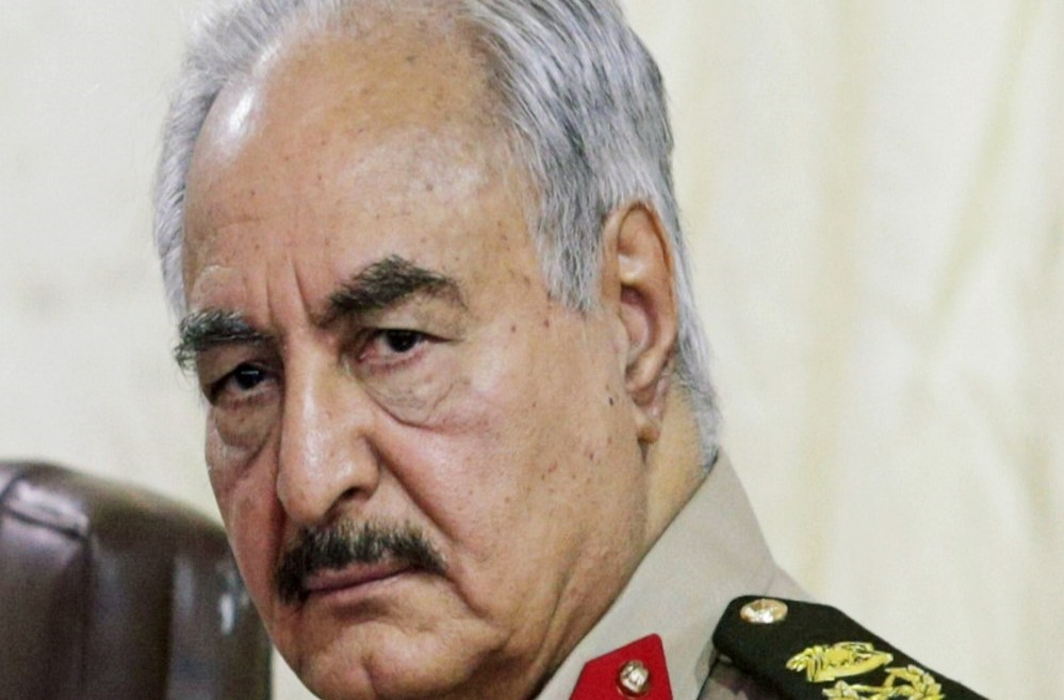 In a major development Libya’s Chief of Staff Khalifa Haftar, who was survived in a car bombing in eastern Benghazi on Wednesday, is being treated in Val-de-Grâce hospital near Paris. This was confirmed French Foreign Minister Jean-Yves Le Drian saying that his health condition was improving.

Radio France International quoted Le Drian as telling the Foreign Affairs Committee of France’s National Assembly on Wednesday that the commander of the Libyan National Army (LNA) in the nation’s east, remained hospitalised.

However, a spokesman for Haftar denied all media reports that his boss suffered a stroke or a heart attack. He told Libyan Al-Nabaa TV that Haftar was in good condition.

Aljazeera quoted an unnamed European diplomat saying on Wednesday that Haftar had sustained irreversible brain damage and will be unable to function as before.

According to Beirut based Hezbollah owned Al-Manar TV network, General Abdelrazak al-Nadhuri “escaped unharmed from a terrorist assassination attempt after a car bomb exploded… as his convoy passed.” The explosion took place in the Sidi Khalifa district at the eastern entrance to Benghazi.

The ongoing Libyan civil war began with the Arab spring protests of 2011 which led to the foreign military intervention and ousting and death of Muammar Gaddafi. The civil war’s aftermath and proliferation of armed groups led to violence and instability across the country. At present Haftar led Libyan National Army controls most of the geographical area of the country except capital Tripoli.

Libya is currently an uncertain state due to the collapse of the Libyan Arab Jamahiriya in 2011. Council of Deputies in Tabruk and its supporters, the New General National Congress in Tripoli and its supporters and various armed groups and tribal elements control parts of the country.

Khalifa Haftar took part in Gaddafi’s coup d’etat on King Idris in 1969. In 1980 he was promoted to the rank of colonel and sent to fight in Chad by Gaddafi, where he was captured in 1987. After release from Chad, Haftar defected from the Libyan army. Backed by US intelligence agency CIA,  Haftar formed the military wing of National Front of Salvation of Libya (LFD) to overthrow Gaddafi.

Haftar’s Libyan National Army (LNA) is the national armed force of the country loyal to the legislative body in Tabruk, the Libyan House of Representatives, internationally recognised until October 2015.

In 2014, the Council of Deputies appointed Khalifa Haftar commander of the whole army, re-uniting the two “anti terrorist” and “legalist factions.