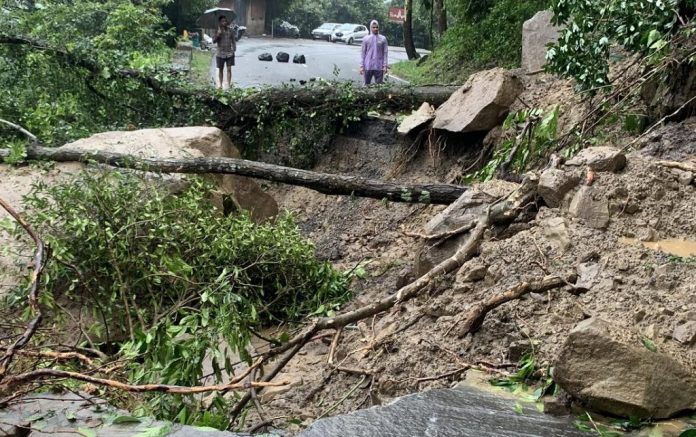 The India Meteorological Department has predicted that the rain fury in Uttarakhand over the last couple of days is expected to reduce significantly from Wednesday, with the state likely to stay dry for the rest of the week.

State received about 122 mm rainfall during the 24-hour period between Monday and Tuesday which has led to massive damage across the state with the death of at least 48 and at least 11 people missing.

After being held by UP Police, Priyanka Gandhi allowed to visit the family of deceased Dalit man in Agra

Congress leader Priyanka Gandhi Vadra has been allowed to visit the family of deceased Dalit man who died in police custody. Earlier, on her way to Agra, the Congress leader was held by UP Police, citing that Agra district magistrate did no gie permission to visit any political personality.

Aryan Khan bail plea rejected, he’s been in jail for more than 2 weeks

The Mumbai NDPS court which was hearing the bail plea of actor Shah Rukh Khan’s son Aryan Khan has rejected the petition. The NCB had objected to the bail while Aryan Khan’s lawyers had said the language of the 23-year-old in whatsapp chats may have been misconstrued by the prosecution and law enforcement agencies.

After being awarded with the life membership of the Marylebone Cricket Club (MCC), Harbhajan Singh has said that it is an absolute honour to be awarded.

India’s Harbhajan Singh and Javagal Srinath on Tuesday joined 16 other cricketers who were given the Honorary Life Membership this year.

Heavy rainfall in Uttarakhand for the fourth consecutive day has led to the death of at least 46 with at least 11 people missing, the revised data published by the state government showed.

Uttarakhand CM Pushkar Singh Dhami reiterated his appeal to Chardham yatris to stay where they are and not to resume their journeys before the weather improved.

Aryan Khan’s bail plea to be pronounced at 2:45 PM

Will Aryan Khan get jail or bail? This is not what we are asking, this is what the social media users are asking. And, in the latest update on Aryan Khan’s case, the Mumbai court will pronounce order on the bail plea of Shah Rukh Khan’s son today at 2:45 PM. Stay tuned for live updates here.