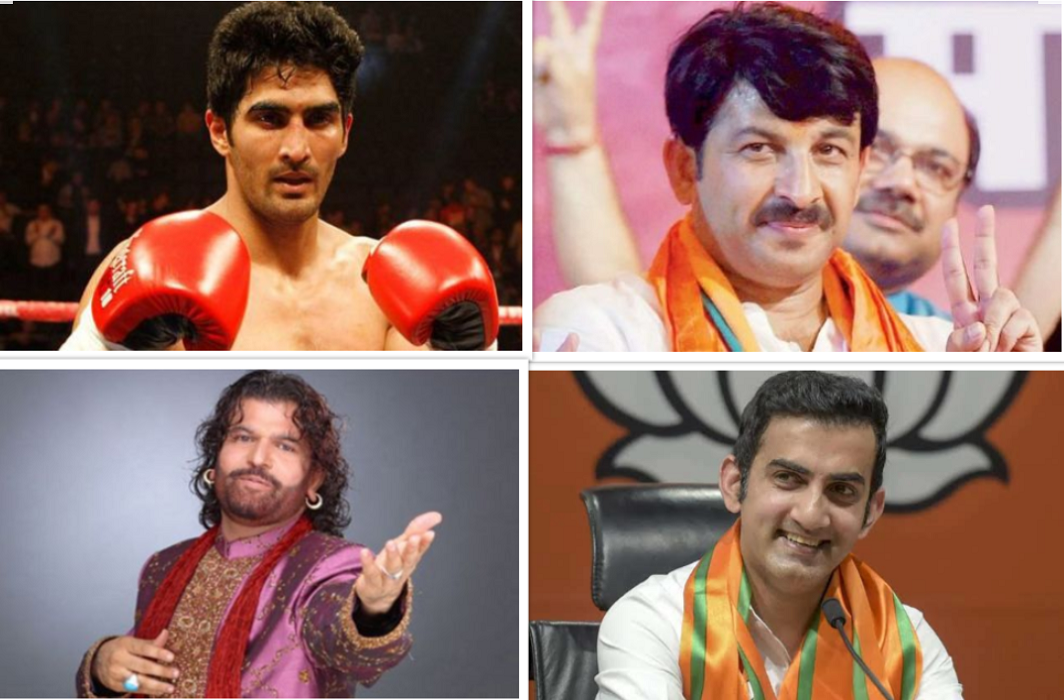 Lok Sabha Election 2019 comprises of candidates from various fields and it will be interesting to see how famous celebrities like Gautam Gambhir, Vijender Singh, Sunny Deol, Urmila Matodkar and other perform in the electoral battle. Earlier also we have seen Bollywood celebrities like Hema Malini, Jaya Prada, Dharmendra, Raj Babbar and others doing well in their political career.

BJP MP Udit Raj today morning said he will resign from the party if denied ticket. “I am waiting for ticket if not given to me, I will do goodbye to party,” he said in a tweet.

Udit Raj had merged his Indian Justice Party with the BJP in February 2014 and later won the election from North West Delhi. The BJP won all seven seats in Delhi in the 2014 election.

The congress party has decided to field Indian boxer Vijender Singh from South Delhi seat for the lok sabha elections to be held in Delhi on 12th May. Vijender Singh, the first Indian boxer to win an Olympic medal, from Bhiwani in Haryana was on Monday nominated from the South Delhi constituency by the Congress to contest against BJP’s sitting MP Ramesh Bidhuri and Aam Aadmi Party’s Raghav Chadha.

Bharatiya Janata Party fielded former cricketer Gautam Gambhir from the East Delhi constituency. Gambhir replaced Maheish Girri as the party’s candidate and will take on Arvinder Singh Lovely of Congress and Atishi of Aam Aadmi Party (AAP). East Delhi MP Maheish Girri wished him luck for the contest, and said he will join Gambhir in his nomination rally.

BJP Delhi chief Manoj Tiwari, himself an actor as well as singer from the Bhojpuri Film Industry serving the saffron party is contesting from Chandni Chowk and North East Delhi.

In Delhi itself, one can see how people from Film Industry, Sports Industry are trying their luck in politics and in a recent development, actor Sunny Deol joined BJP in presence of Union Ministers Nirmala Sitharaman and Piyush Goyal.