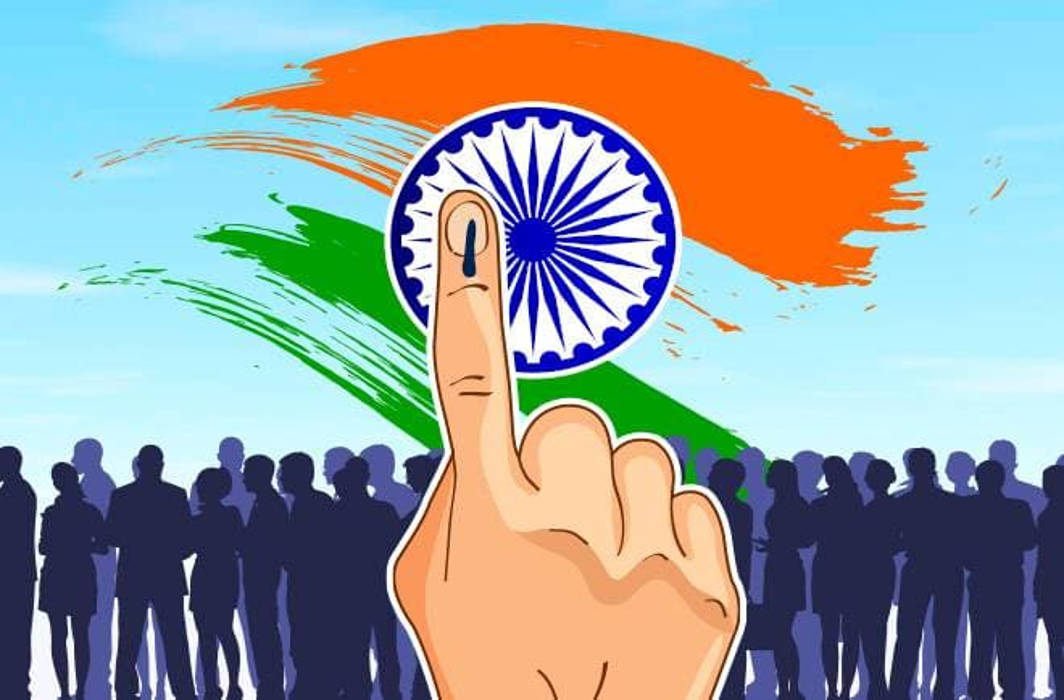 The voting time for Phase 3 elections is from 7 am to 6 pm, polling in East Tripura seat was postponed from April 18 to April 23 after the poll body found that law and order situation there was not conducive for holding free and fair polls.

Prime Minister Narendra Modi reached Ahmedabad today (Tuesday, April 23) morning, where he cast his vote in the third phase of Lok Sabha elections. Later, he took a stroll to his vehicle while flashing his inked finger.

Standing up inside his vehicle after casting his vote, PM Modi once again made an appeal to voters to exercise the voting franchise. He also said that the voters of India are clever enough to know who to choose.

Making an appeal to voters to cast their votes, PM Modi said, “Like terrorism’s power is IED, people’s power is voting.”

BJP president Amit Shah was present outside the polling booth with his family to receive the Prime Minister.

As PM Modi stepped out of the vehicle, the crowd burst into loud cheers and with folded hands, he greeted the massive gathering.

Voters and party supporters gathered outside the polling booth in Ahmedabad started chanting Modi, Modi as soon as he stepped out of the vehicle.

Earlier, Prime Minister Narendra Modi met his mother Hiraba Modi in Gandhinagar on Tuesday morning and greeted her with sweets. She gave him a shawl and a coconut as blessings as Gujarat goes to poll in the third phase of Lok Sabha elections.

Hiraba blessed her son, Narendra Modi, who is seeking re-election as the Prime Minister for a second term. As the mother-son duo sat inside the humble Modi household in Gandhinagar, shutterbugs went click happy while hundreds of followers waited outside the residence.