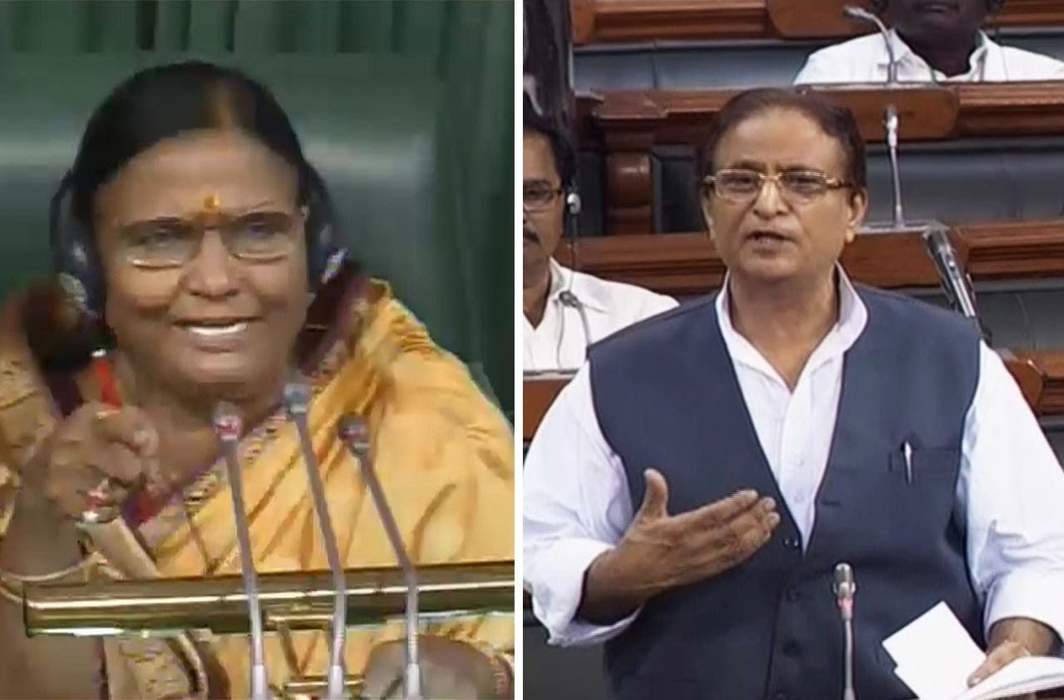 As MPs cutting across party lines demanded action against Samajwadi Party member Azam Khan, Lok Sabha Speaker Om Birla has said the MP should apologise to BJP member Rama Devi or he would have to face action for making sexist remarks on her when she was presiding over the House proceedings on Thursday.

Speaker Om Birla told the House that said he would call a meeting of MPs from all parties to decide on the future course of action.

Samajwadi Party MP Azam Khan‘s sexiest comment on BJP MP Rama Devi who, in the absence of Speaker Om Birla, was in the chair presiding over the proceedings, had created uproar in the Parliament on Thursday.

While debating on the triple talaq bill in the Lok Sabha, Khan told Rama Devi, “Aapki aankhon mein aankhein daalke baat karne ka man karta ha [Feel like speaking to you while looking into your eyes]”.

The riled the members. The matter was first raised today during Zero Hour by Minister Smriti Irani. She said that the remarks made on Thursday during the debate on the Triple Talaq Bill were a “blot” on all legislators, including men.

“The entire nation watched yesterday what happened. This House passed the Sexual Harassment of Women at Workplace Bill. I appeal to all to speak in one voice- You cannot misbehave with a woman and get away with it by just dramatizing it,” she added.

Supporting her, Law Minister Ravi Shankar Prasad said either Khan should tender an apology or he should be suspended from the House.

Congress leader in the House Adhir Ranjan Chowdhury said action should be taken against anyone demeaning women. He also raised the issue of members using objectionable words against UPA chairperson Sonia Gandhi in the past. This, however, drew protests from the members of the treasury benches, who said the issue should not be politicised.

Trinamool Congress MP Mimi Chakraborty added: “Nobody can stand the Parliament and tell a woman “look into my eyes and talk.” Speaker sir, all women here are expecting something big from you on this.”

On Thursday, former Lok Sabha Speaker Sumitra Mahajan also said that there should be a training session for people like Azam Khan so that they can learn how to conduct themselves in Parliament. “It is not (only) a matter of dignity of a woman or a man, Khan made an objectionable comment which hurt the prestige and traditions of the entire Parliament,” PTI quoted Mahajan as saying.