In times of love jihad, Allahabad HC dismisses case against Muslim man by Hindu in-laws, court says it’s the freedom of choice of individuals to marry who they please 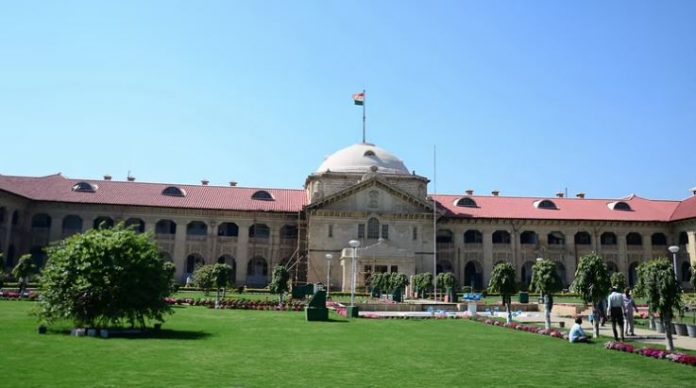 The Allahabad High Court on Tuesday dismissed a case filed against a Muslim man by the parents of his wife in which they had accused the man of marrying their daughter forcefully and converting her to Islam after a year of marriage.

Challenging the FIR, Salamat Ansari and Priyanka Kharwar said it was prompted by malice and mischief only with a view to bring an end to their marital ties.

Rejecting the case, the Allahabad High Court said everyone has the right to choose their life partner irrespective of the religion professed by them, and it is intrinsic to their right to life and personal liberty.

The lawyers for the UP government and the woman’s parents said religious conversion to marry is banned and that the marriage has no sanctity in law and that the court should not exercise its extraordinary jurisdiction in favour of such a couple.

In response, the High Court judges Justices Vivek Agarwal and Pankaj Naqvi said they do not see Priyanka Kharwar and Salamat Ansari as a Hindu and Muslim case. They are two grown-up individuals, who are free to take decisions of their life, and are, as a couple, living together peacefully and happily for over a year.

The High Court clarified it was not commenting on the the validity of alleged marriage or conversion, but was cancelling the case as no offence was proved. The judgement comes at a time BJP-ruled states like Uttar Pradesh, Madhya Pradesh, Haryana and others are talking of bringing in strict laws to curb, what they term as, love jihad.

Justices Vivek Agarwal and Pankaj Naqvi made remarks on previous orders by different judges in the same court in similar cases. One of them was a writ petition in 2014 filed by five couples, seeking protection after interfaith marriages, which was dismissed. In another case, a single-judge bench in September refused to interfere in a petition by a couple as they sought protection three months after their marriage.

Justices Agarwal and Naqvi on Monday held that neither of the two judgments noted that made this dealt with matters of life and liberty of two mature individuals in choosing a partner, or their right to freedom of choice as to whom they would like to live with. The Allahabad High Court said they held that judgments in the two cases mentioned above as not laying good law.

Gujarat Police have arrested at least 40 people in Kutch district after three cases were filed to probe the violence that broke out on Sunday which allegedly left one man dead and several others injured, including policemen.
Read more
Load more