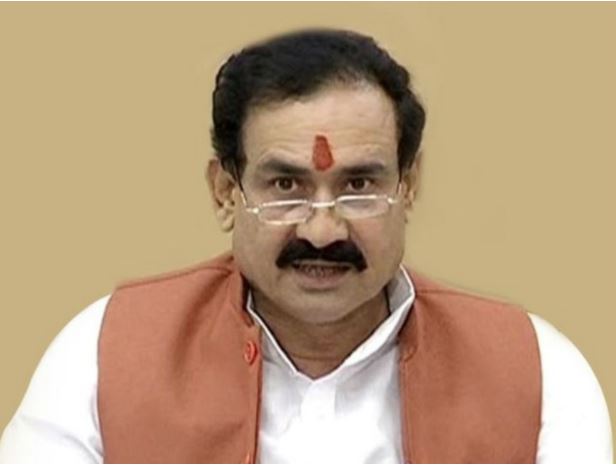 Weeks after Karnataka, Haryana and Uttar Pradesh, Madhya Pradesh Home Minister Narottam Mishra on Tuesday announced that a law against love jihad will be passed in the state Assembly in the next session. Mishra said the law will carry a punishment of up to five years jail under the new provision and such crimes will be registered as cognisable and will be a non-bailable offence. Mishra said the government is preparing to introduce the Madhya Pradesh Dharma Freedom Act 2020 in the upcoming assembly session to stop the increasing cases of conversion and love jihad in the state.

According to the provisions, anyone helping the man accused of conversion will be treated at par. It will be mandatory to apply to the collector a month in advance for voluntary conversion for marriage. The minister said there will be a provision to declare forced marriages invalid under the act. also, under the proposed law the person who has converted their parents/siblings will have to mandatorily file a complaint for action in the court.

Madhya Pradesh is the latest to join the list of BJP-ruled \states like Karnataka, Haryana, and Uttar Pradesh that have promised to bring a law against love jihad. Earlier on November 6, Karnataka Chief Minister BS Yediyurappa said his government would take measures to end religious conversions in the name of love jihad. Before that, Haryana CM Manohar Lal Khattar had also promised to bring a strong law against love jihad to curb the increasing cases of love jihad in the state.

Supporting Khattar’s statement, Anil Vij, the Haryana Home Minister, had said the state has sought information from the Himachal Pradesh administration, which has passed a law against religious conversion. Last year, the Himachal Pradesh assembly had passed a bill against conversion by force, inducement, or through marriages solemnised for adopting a new religion.

The Allahabad High Court on October 30 had said that the religious conversion for marriage was not acceptable. Therefore, citing the court order, Uttar Pradesh Chief Minister Yogi Adityanath had said his government would make a new law to stop love jihad. The court had also cited the example where a Muslim woman by birth had converted to Hinduism in June this year, exactly a month and two days before her marriage.

The Home Ministry had on February 4, however, told the Lok Sabha that there was no such term as love jihad defined under the current laws in the country. Love jihad is a term frequently used by Hindutva organisations to allege a conspiracy by Muslim men to marry women from other religions solely to convert them to Islam.

The Haryana Governor on Tuesday approved a bill that reserves 75 percent of the private jobs for the people of the state.
Read more
Load more