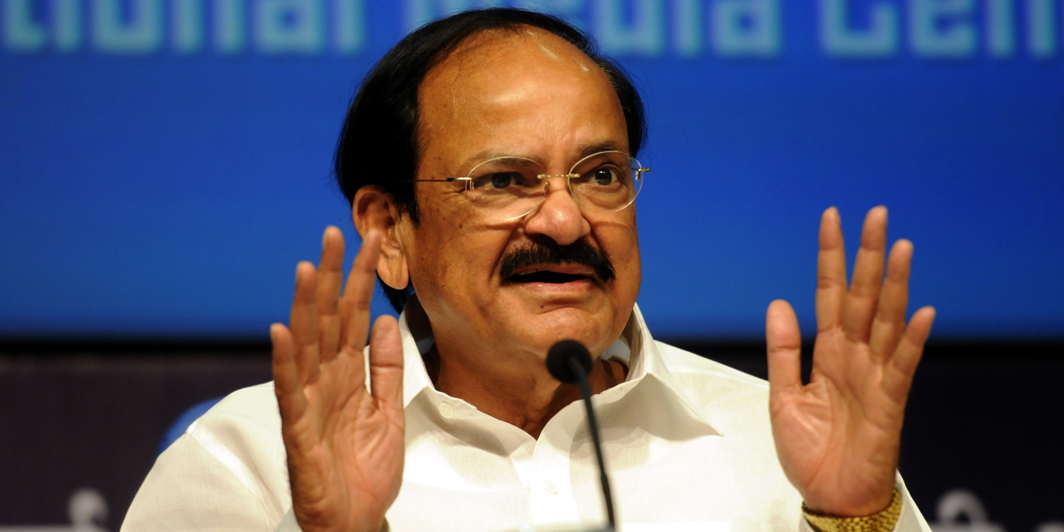 Making the formal announcement BJP president Amit Shah said, “It has been decided that one of our tallest leader Venkaiah Naidu is our candidate for Vice President. He does not need any introductions… He has been associated with the BJP since childhood. All the NDA allies have welcomed his candidate.”

Names of Maharashtra Governor C Vidyasagar Rao and O Rajagopal had also been doing the rounds as probables.

An alliance of 18 Opposition parties, including the Congress, has already announced Gopalkrishna Gandhi as its candidate for Vice Presidential poll scheduled for August 5.

July 18 is the last date for filing of nominations.

The electoral college for the election consists of 790 MPs of the two chambers of Parliament.

The ruling bloc enjoys an overwhelming majority in the electoral college and BJP has expressed confidence about garnering anywhere between 500 and 550 votes. Naidu is thus set to be the next Vice President after Hamid Ansari’s term, his second at the post, ends on August 10.

Naidu has also served as BJP’s national president from 2002 to 2004 and was minister for rural development in the Atal Bihari Vajpayee government. He resigned as party president in October 2004, just months after the defeat of the BJP-led NDA in the 2004 Lok Sabha elections.

Earlier, Naidu had stated categorically that there was no chance of him contesting the vice-presidential election.

“Never am I going to participate in vice-president election even if anyone compels me,” Naidu said.

“Happiness for me is to meet people, be among them and serve them. I cannot stay away from people by taking up any ceremonial position,” the minister added. “I wish to speak without any barriers and say what I feel, travel to different places, meet people and eat their food,” he added.

He had declared he would neither want to become the rashtrapati (president) nor uparashtrapati (vice president) but was happy being Usha’s pati (his spouse).