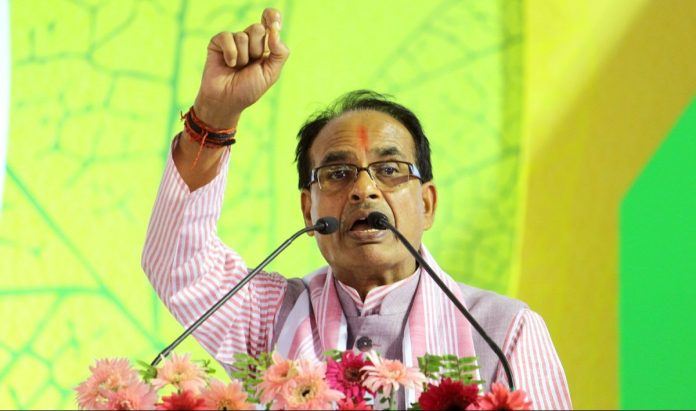 Madhya Pradesh Chief Minister Shivraj Singh Chouhan on Saturday issued a stern warning to mafias and others involved in illegal activities in the state, saying he will bury them 10 feet deep if they don’t leave the state and their whereabouts will not be known.

He was speaking at an event in Babai in Hoshangabad district that was organised to mark the birth annivesary of former prime minister Atal Bihari Vajpayee.

Chouhan said good governance is prevailing in Madhya Pradesh now where people don’t face any trouble. He said he won’t spare anyone who indulges in unlawful activities. The CM had earlier said that the BJP government in Madhya Pradesh is softer than flowers for law-abiding citizens and deadlier than a thunderbolt for those who are evil. Chouhan said the state government will hold talks with the central departments to solve the drug problem in the state. Drug peddlers, land mafia, chit fund mafia, goons and other such people will not be spared, he added.

Recently, the CM had ordered an inquiry on drug mafia and directed authorities to launch a special campaign from December 15 to December 22 on advice from the Narcotics Control Bureau (NCB). As per NCB, 15 districts of Madhya Pradesh have reported a high prevalence of drug trafficking mostly in Malwa and Mahakoshal regions.