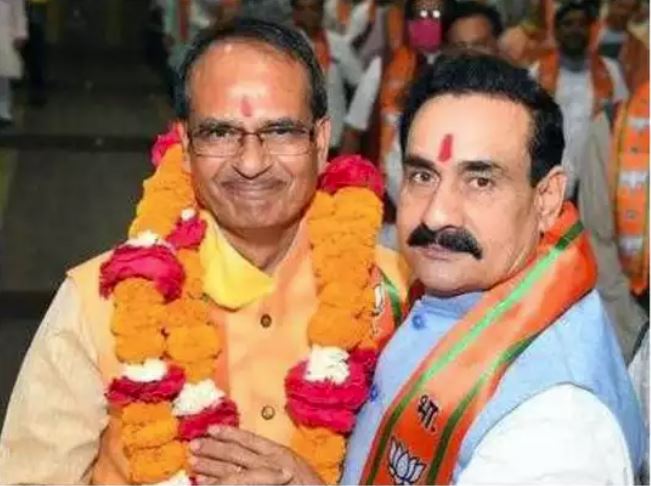 A day after the announcement of formulating a law against love jihad, the Madhya Pradesh government has now decided to invoke another Hindutva staple: the holy cow. The state will have a gau cabinet, yes, for the continued and better sanctuary of the cow. On Wednesday, Madhya Pradesh Chief Minister Shivraj Singh Chouhan announced the first meeting of the Gau cabinet will be held on November 22 at noon on Gopashtami, the festival dedicated to Lord Krishna and cows, in Malwa’s Gau Sanctuary.

Chouhan said the gau cabinet will have officials of seven departments including animal husbandry, forests, panchayat and rural development, revenue, home, and farmers’ welfare. He said the government will soon announce the details about the powers and responsibilities of the bovine cabinet. Chouhan tweeted the government has decided to constitute a gau cabinet for the protection and fostering of Godhan (cow and its progeny) in the state.

Deepak Vijayvargiya, MP BJP spokesperson, told the media the decision is aimed at developing an alternative source of rural employment by harnessing the potential of cows and the resources available through it.

Chouhan said industrialisation cannot be the only solution to generate employment in the state. Assuring the employment opportunity through the cow cabinet, he said the government will provide sustainable infrastructure for developing a cow-economy to generate incomes in the rural setup.

The decision comes a day after state Home Minister Narottam Mishra announced that the Madhya Pradesh Dharma Freedom Bill 2020 in the next MP assembly session. Under which there would be 5 years of imprisonment if found guilty and the act will be considered non-bailable.

Cow conservation and protection was the key concern for the political parties during Madhya Pradesh bypolls. The Congress had tried its best to hold the issue. Soon after coming into power, the Kamal Nath government had increased the daily allowance for the upkeep of cows and also had announced the construction of 1,000 modern cowsheds in the state.

However, the cow sanctuaries across the country are struggling with a shortage of resources for proper maintenance of the cows. In 2017, Madhya Pradesh has established the first cow sanctuary at Agar-Malwa and also announced Kamdhenu Gau Abhyaran under Gau Samvardhan Board by spending about Rs 32 crore. The officials of the sanctuary told the media that more than 600 cows had died in the last one year due to extreme weather conditions in the sanctuary.