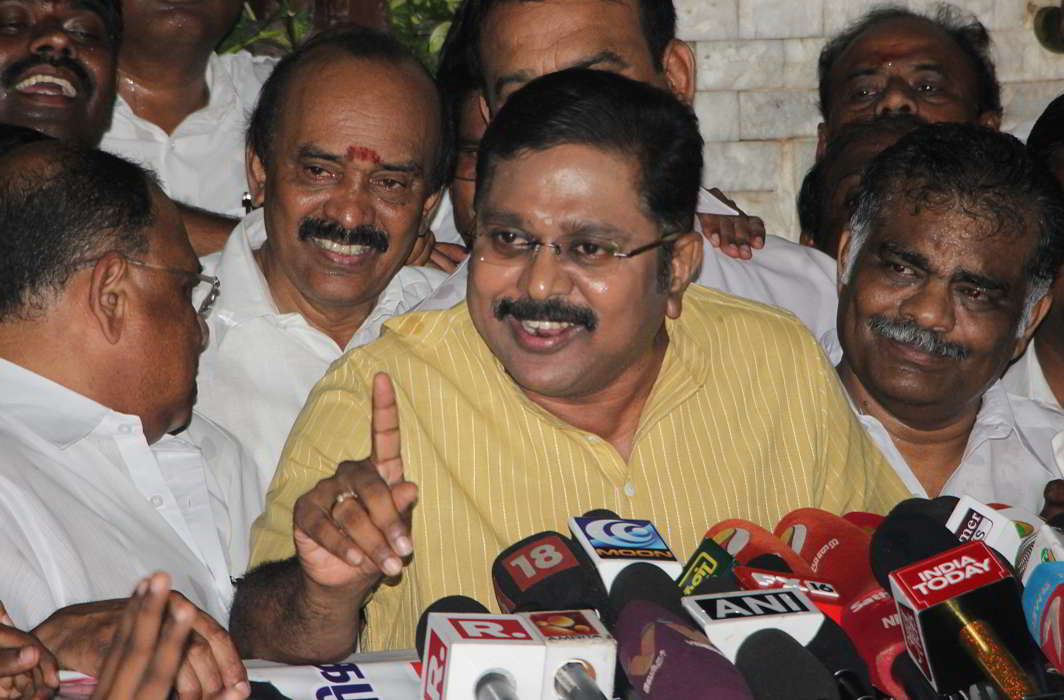 In a decision that could potentially upset Tamil Nadu chief minister Edappadi Palaniswami’s calculations of surviving a floor test in the state assembly, the Madras High Court, on Wednesday, extended the stay on the trust vote till October 4.

The court has said that the floor test can be conducted once it disposes off a petition that challenges the Tamil Nadu Assembly Speaker’s decision of disqualifying 18 MLAs loyal to sidelined AIADMK leader TTV Dhinakaran.

The 18 legislators, who have been sequestered at a resort in Coorg for several days, had been disqualified by Tamil Nadu Assembly Speaker P Dhanpal, on Monday, in an apparent bid to prevent them from voting against the Palaniswami government in the floor test jointly sought by them and the AIADMK’s arch rival, DMK.

On Wednesday, though the court refused to rescind the disqualification of the 18 legislators, its stay on the trust vote and by-elections for the vacancies is being seen as a boost for Dhinakaran.

“Justice is on our side and we are confident that the final verdict will come in our favour,” Dhinakaran said after the court ruling. CR Sarsawathi, spokesperson for the Dhinakaran-led AIADMK faction, too claimed that the final judgment would come in their favour as “our MLAs did nothing wrong… They have only told the Governor that they did not have faith in the chief minister.”

Dhinakaran has been engaged in a turf-war with Palaniswami. AIADMK factions led by Palaniswami and his deputy chief minister O Panneerselvam – the two had recently united to prevent Dhinakaran’s aunt and AIADMK general secretary VK Sasikala from influencing the party’s decision making – had recently convened a general council meeting of the party to formally expel the two leaders from the top two positions in the party. Dhinakaran was the party’s deputy general secretary.

Eight of the 18 MLAs disqualified by the Assembly Speaker had moved the court, on Monday, challenging the action against them under the anti-defection law. The dissident MLAs had challenged the Speaker’s order as ‘unauthorised’ and ‘illegal’ in their individual petitions. Dhinakaran had said the Speaker’s move was aimed at helping Palaniswami survive the floor test.

Justice Duraiswamy of the Madras High Court heard all the sides, on Wednesday, and gave time to all the counsels to file their replies tillOctober 4 when proceedings for the final hearing in the case will take place.

According to a report in the Hindustan Times, on Wednesday, the court room was packed with a battery of legal luminaries including Kapil Sibal who is representing DMK working president MK Stalin. Stalin has sought the court’s direction to Tamil Nadu Governor Vidyasagar Rao to order a floor test and also challenged the Speaker’s notice to 21 DMK legislators.

A visibly confident Dhinakaran told media persons that “the traitors will lose and be sent packing home.”

DMK spokesperson A Sarvanan has said that Wednesday’s ruling is “a consent order, which stays floor test and imposes partial stay on disqualification of 18 MLAs.”

The disqualification of the 18 MLAs had brought down the simple majority mark in the 234-member Tamil Nadu Assembly to 110 as against 117 before the disqualification. The Palaniswami government claims support of 114 MLAs, who had attended a general council meeting that ousted jailed leader Sasikala and Dhinakaran from party posts.