Home Latest world news Madrid takes control of Catalonia but the region’s future is best with... 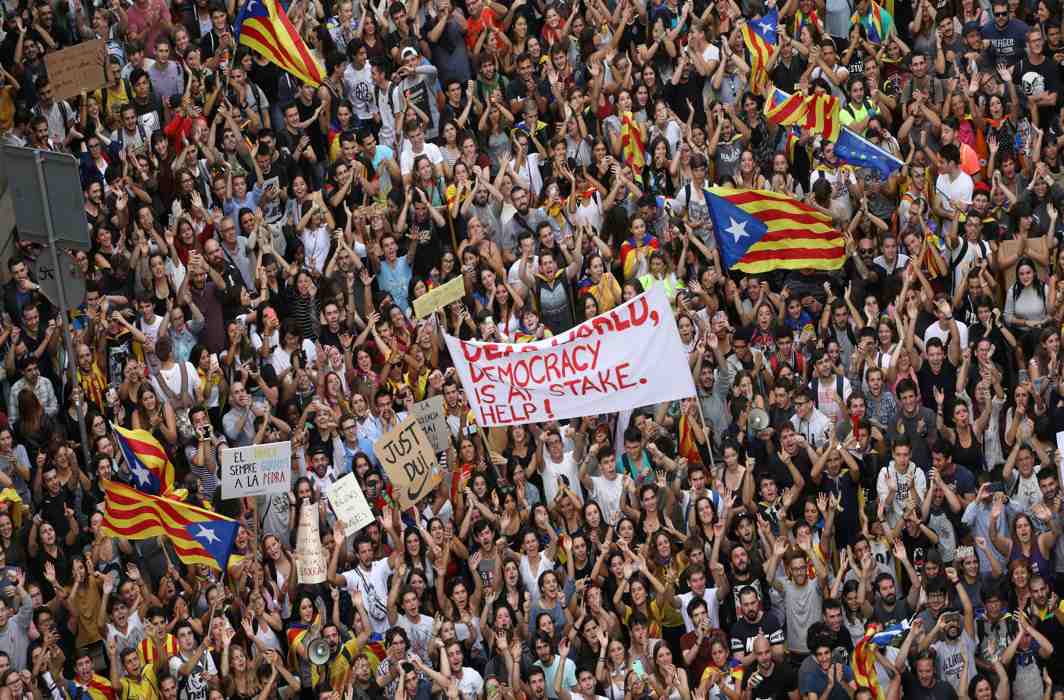 Catalonian President Carles Puigdemont’s declaration of independence (on Friday, October 27) from Spain has lead to Madrid, in turn, imposing direct rule on Saturday. The current turn of events is set to lead both Madrid and Catalonia towards a messy state of affairs.

Puigdemont’s announcement of Catalonia’s secession from Spain has, expectedly, not gone down well with Madrid and also the European Union. In a referendum (on October 1) held by the regional government of Catalonia, 90 percent of the voters chose to separate from Spain. However, the voter turnout for this referendum was 2.26 million, which is not even half the total population of Catalonia.

The referendum had already been declared illegal by Spanish courts and Madrid tried its best to stop such a voting. The anti-election crackdown by the Spanish government left hundreds of Catalans injured with Barcelona being the most affected region. The government raided polling booths, confiscated ballot papers and law enforcers even fired rubber bullets at the people. Madrid also invoked Article 155 of the Spanish constitution to impose direct control over Catalonia. The Article gives the Spanish government liberty to take over any autonomous region if it “does not fulfill the obligations imposed on it by the constitution or other laws, or acts in a way that is seriously prejudicial to the general interest of Spain.”

The crackdown of the Spanish government on Catalonia is not going to solve the problem. Instead it would further worsen the situation. The law and order situation of Catalonia is already getting disrupted. Since police administration is under the Catalonian government, a section of the police had already declared that it would not comply with the orders of Spain and will not carry out any action against the regional leaders. The current crackdown of the Spanish government is likely to affect the other half of the population of Catalonia which did not appear for voting and was perhaps not in favour of separating from Spain.

Spanish Prime Minister Mariano Rajoy sacked Puigdemont and dissolved the Catalan parliament. He has also announced fresh elections for the region to be held on December 21. The practicality of the elections is in doubt as it was not desired by the Catalans nor is it clear as to how many of them would participate in these polls. The parties which would contest the elections fear presenting an anti-Catalonia stance and the ones not contesting for the election will not stand any chance for the upcoming five years.

Catalonia has had a distinct culture, history and language—this distinction has been the main reason behind their wish for autonomy. Its identity has been constantly suppressed by successive regimes.

Catalonia was first recognized as a nation in 1931 by the second Spanish Republic’s constitution. It also recognized Catalan as the official language of Catalonia. However, this freedom and recognition had a very short life. The victory of General Francisco Franco in the Spanish Civil War marked the end of Catalonia’s freedom. Catalonia’s culture, its language and even the symbols of Catalan identity were prohibited and suppressed under the military ruling of Franco.

The death of Franco paved the way for Spain’s democracy in 1978. The Spanish constitution extended autonomy to some of its regions, and Catalonia was also among them. However, this autonomy has not actually solved the underlying desire for freedom of the Catalans.

Catalonia as defined in the Statute of Autonomy of Catalonia “exercises its self-government constituted as an autonomous community in accordance with the Constitution and with this Estatut, which is its basic institutional law”.

In 2006, the Catalans campaigned to improve the terms of this Statute of Autonomy which made way to a new statute after which Catalonia was referred to as a “nation” in the preamble. This new statute extended Catalonia’s privileges in terms of taxation, judicial independence, and the official use of the Catalan language. The Catalan language enjoys joint language status along with Castilian, such that the teachers, the doctors and other public sector employees have to use the language in their workplace.

What do the Catalans want?

Much of Catalonia’s independence drive and enthusiasm has been carried forward through the football team FC Barcelona. Posters reading “Independence” and “Catalonia is not Spain” have been a common sight in matches played by Barcelona. FC Barcelona is located in Catalonia. One such instance of Catalan nationalism was seen in a football match played between FC Barcelona and Real Madrid, where right at 17 minutes and 14 seconds the stadium started chanting “Independencia”. This was because in 1714 Catalonia fought its battle of Independence.

Catalonia has been constantly in favour of independence. It is one of the Spain’s wealthiest regions and accounts to 20 percent of its economic output. Catalonia is also one of the most famous tourist spots in Spain and also contributes more than one-fifth of its GDP. But the major push for separation came after Spain’s debt crisis in 2008. Economists even predict that Spain is unlikely to cope up with the present debt crisis for several years to come.

This being said, one of the major arguments for separation from Spain is that Catalonia gives to Spain far more than it ever received. Catalans now want more autonomy to decide where their money is being used. The economic progress of Catalonia is also one of the reasons why the region thinks that it can sustain on its own.

This is not for the first time that the Catalans have voted for Independence. Earlier, in 2014, they had held a symbolic vote where more than 80 percent of the votes were cast in favour of freedom. However, the voting turnout in the current and the previous plebiscite has been less than 50 percent. This is possibly because the Catalans know that it is illegal at present. If there happens to be a fresh referendum form the Spanish government on Independence, which is unlikely, a higher voter turnout can be expected.

However, the Catalans are very well aware of the economic loss that it will have to incur if separated from Spain. Since most of the business houses have moved their headquarters to Spain, the separation will have an adverse effect on Catalonia’s economy. Moreover, with the EU not supporting an independent Catalonia, the path ahead will be even more difficult for the region. If Catalonia breaks away from Spain, it will also be out of the EU. Its way back will be decided by the EU members, of which Spain is also a member. One can easily expect a Spanish veto.

Catalonia has kept some of the key sectors such as education, healthcare and welfare under its control, but it is not financially independent.

The best way out for Catalonia is to be a part of Spain and demand for more autonomy as complete separation will land them in ruins and the tourism revenue will not be enough for the region to stand on its own.