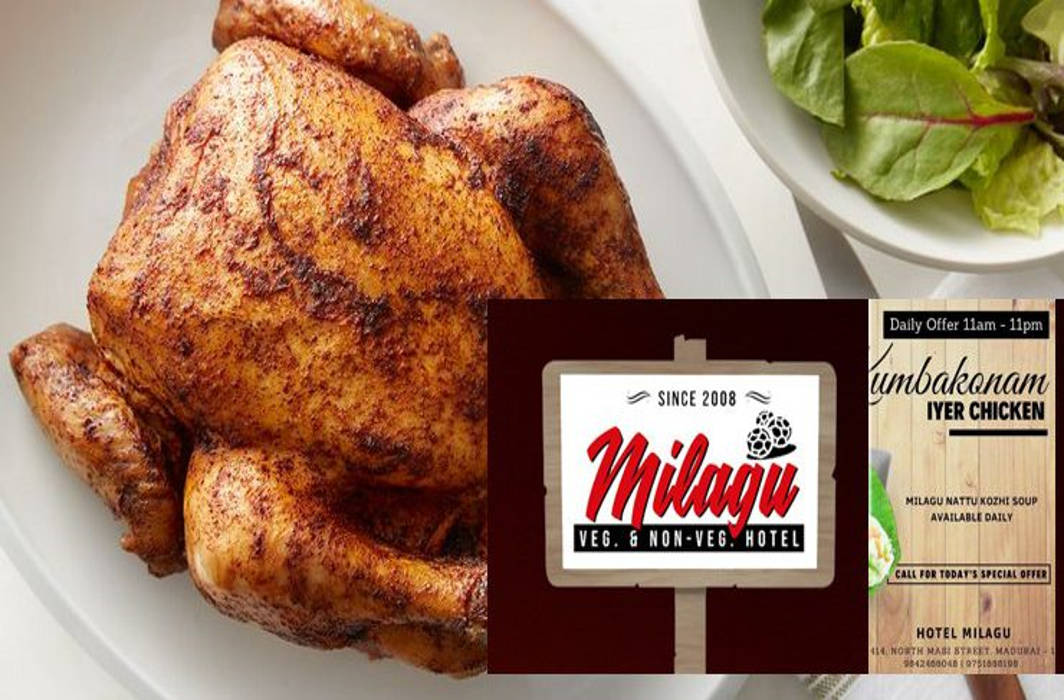 A restaurant, Hotel Milagu, on North Masi Street in Madurai, Tamil Nadu, got into a controversy after it had advertised a special chicken dish named ‘Kumbakonam Iyer Chicken’, which enraged the Brahmin associations and other Hindu groups.

Tamil Nadu Brahmin Association staged a protest in front of the restaurant raising their voice against naming the meat dish in relation to their caste ‘Iyer’, who, according to principles are pure vegetarians.

They alleged that the sentiments of the community were offended by clubbing the name with a food item unrelated to it.

Following the protests staged by Brahmin groups, the hotel authorities released an apology statement and said that they would remove the advertisement and the name of the dish.

“After Brahmin community representatives met us and raised serious objection to the name of Kumbakonam Iyer Chicken, we apologized for it. We will remove the ads from social media and are also doing away with the name,” the statement read.

Reports also said that the advertisement poster of the dish had accidentally typed ‘Iyer’ in place of ‘Fried’.

“It was a mistake made by one of the inexperienced staff, while I was out of station and it was not done intentionally to offend any community or religious sentiments. I have given an apology letter,” the restaurateur, Immanuel Devavaram, said.