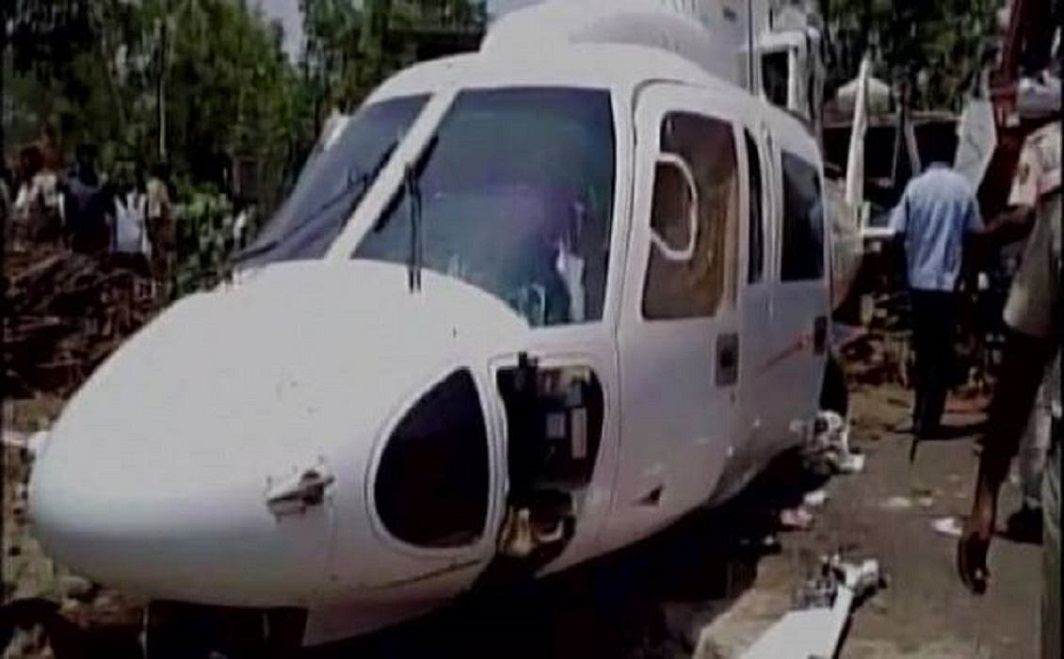 Officials said the chopper was badly damaged and it was a “miracle” that nobody got hurt.

Maharashtra Chief Minister Devendra Fadnavis on Thursday narrowly escaped fate when his helicopter crash-landed in Latur after getting caught in wires.

The CM tweeted immediately after the accident that he and everyone else in the chopper were safe. Officials said the chopper was badly damaged and it was a “miracle” that nobody got hurt.

“Our helicopter did meet with an accident in Latur but me and my team is absolutely safe and ok. Nothing to worry,” the CM tweeted.

According to NDTV,  Fadnavis said the chopper immediately landed after taking off due to technical problems.

“When the helicopter took off, there was an emergency landing, an accident, but we are safe. No one is injured. We are safe with the blessings of god and Maharashtra,” NDTV quoted him.

Four persons were on board when the six-year-old helicopter crashlanded. “We were four people. A person with me, Chetan Pathak, was slightly hurt but he is ok now. My blood pressure was taken, everything is normal,” Fadnavis said.

The Directorate General of Civil Aviation said, “After take-off, the pilot found variable wind pattern and decided to land. During landing, the helicopter got entangled in wires. The helicopter has sustained substantial damage.”

This comes a week after the CM was forced to travel by road through Maoist-affected areas when his chopper developed a snag in Gadchchiroli district.