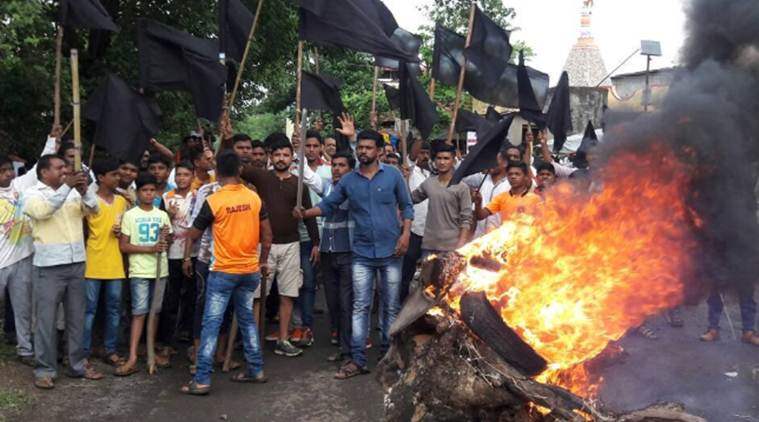 Having subsided after getting loan waiver by state government, farmers’ unrest in Maharashtra once again resurfaced with violence during their protest against land acquisition by Ministry of Defense to turn a World War II airstrip into an international airport at Kalyan in Thane. However some reports said that the Indian Navy is planning to build a wall, which is the root cause of the agitation.

The protesting farmers blocked the Thane-Badlapur Highway and resorted to arson. Three police vehicles were torched and ten policemen were assaulted.

Earlier, on June 1, over a million farmers across Maharashtra went on a strike demanding loan waiver and better prices for their produce. Several cities including Mumbai, Pune, Nashik, Nagpur were hit by shortage of milk, fruits and vegetables.

Maharashtra government announced a farm loan waiver for small and marginal farmers and said Chief Minister Devendra Fadnavis would to meet the Prime Minister and discuss possible help from the Centre for implementing the Swaminathan panel recommendations.