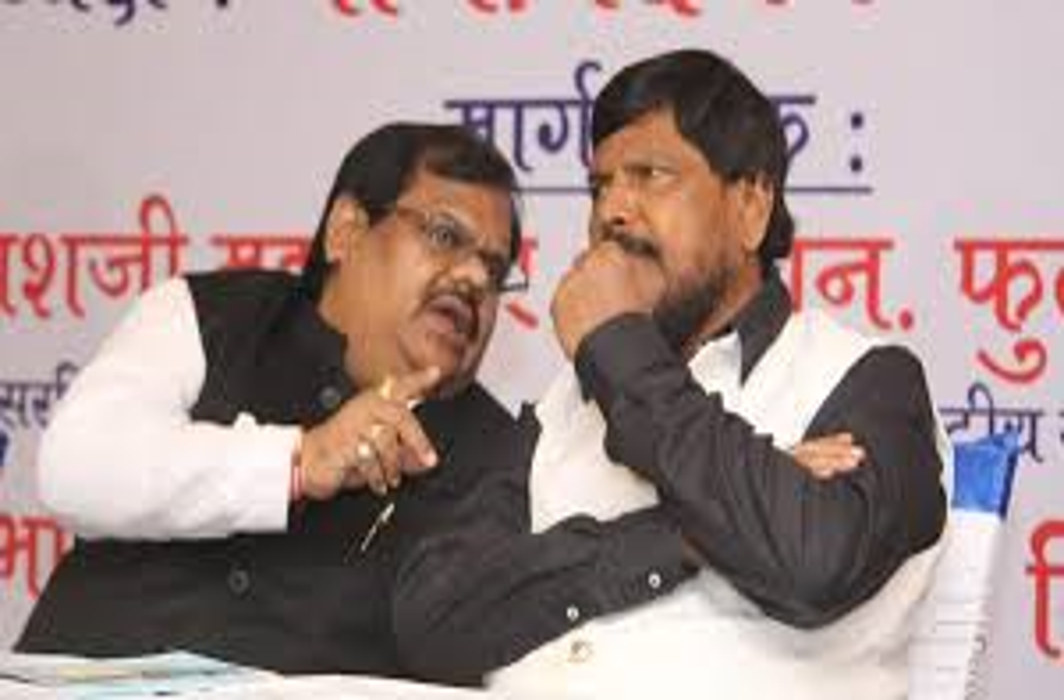 Athavalae also announced five other names who would be contesting the Maharashtra election as RPI candidates.

Athawale said that his party has got six seats in the grand alliance to contest the polls. The party will contest Phaltan in Satara, Malshiras in Solapur, Bhandara, Naigaon in Nanded; Pathri in Parbhani, and Mankhurd- Shivaji Nagar in Mumbai.

In a statement, the RPI said the party also said that the BJP should give the Pune Cantonment seat to RPI if it has issues in giving the Malshiras constituency. “BJP- Sena has agreed to leave six seats in the state and two posts of ministers in the cabinet for RPI,” the statement said.

Deepak Nikalje has been associated with the Ambedkar movement and has been with the RPI for several years, had earlier unsuccessfully fought assembly elections from Chembur in Mumbai on the party’s ticket. As per the seat-sharing deal, the seat has now gone to Shiv Sena.

“This time he expressed willingness to fight the election from Phaltan since he belongs to that area and has a good network there,” a senior RPI leader told news agency PTI. Phaltan is the native place of Chhota Rajan.

The Phaltan seat is currently represented by NCP’s Deepak Chavan, a staunch follower of Ramraje Naik-Nimbalkar.

In 2018, according to media reports, a case was registered against Deepak Nikalje for alleged rape and sexual harassment based on the complaint of a 22-year-old woman. Officials said that the woman, who used to reside in Siddharth Colony in suburban Chembur, alleged that Nikalje exploited her on the promise of marriage.

NEET-UG Counselling: All India Quota round 1 seat allotment results to be declared on January 29

Round 1 seat allotment results for NEET UG counselling will be released on January 29, 2022.Here's to know everything about round 1 counselling for All India Quota (AIQ).
Read more