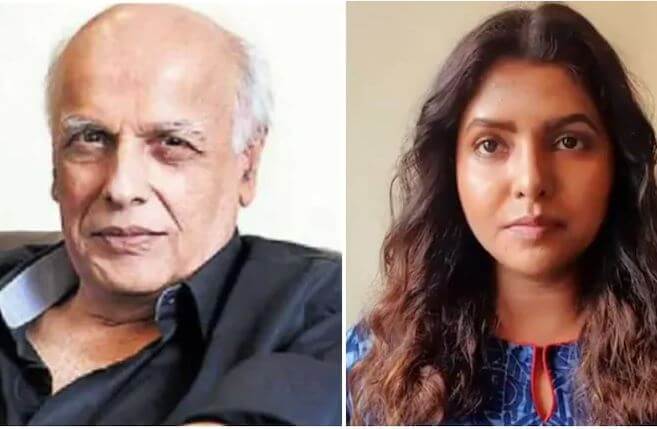 Filmmaker Mahesh Bhatt’s legal team on Saturday issued a statement, refuting all allegations leveled by the actor Luviena Lodh in an Instagram post. Bhatt’s legal team replied that such allegations are not only false and defamatory but have serious consequences in law. Bhatt’s lawyer stated that Bhatt family will take such action in accordance with law as advised.

In an Instagram post on Friday, the actor Luviena Lodh made some serious allegations against Mahesh Bhatt. In a 1-minute and 48-second long Instagram video, the actor accused Mahesh Bhatt and his family for harassing her. After giving the introduction in video, the actor said she is making this video for the safety of her family. She had been married to Bhatt’s nephew Sumit Sabharwal who supplies drugs and women to various actors. Calling them biggest don of the industry, the actor alleged that Mahesh Bhatt is operating the system and he knows everything about it.

Mahesh Bhatt has been trapped in Sushant Singh Rajput case for his very unsavory comments. The actor had died on June 14 at his apartment in Bandra, Mumbai. Initially, the police called it a suicide and said that the actor’s body was found hanging to the ceiling fan of his apartment.

Mahesh Bhatt had recently directed the film Sadak 2. The film had released on OTT platforms while the trailer was launched on Youtube.  The trailer of the film had got the highest number of dislikes due to Bhatt’s involvement in Sushant Singh Rajput’s death case. Mahesh Bhatt starred his daughter Alia Bhatt, Sanjay Dutt and Aditya Roy Kapur in the lead roles in the movie Sadak 2.

The actor Luviena Lodh had made a bollywood debute from the film Kajraare starring Himesh Reshammiya and Sara Loren. Written by Mahesh Bhatt and directed by Pooja Bhatt, the film was not performed well on screen.