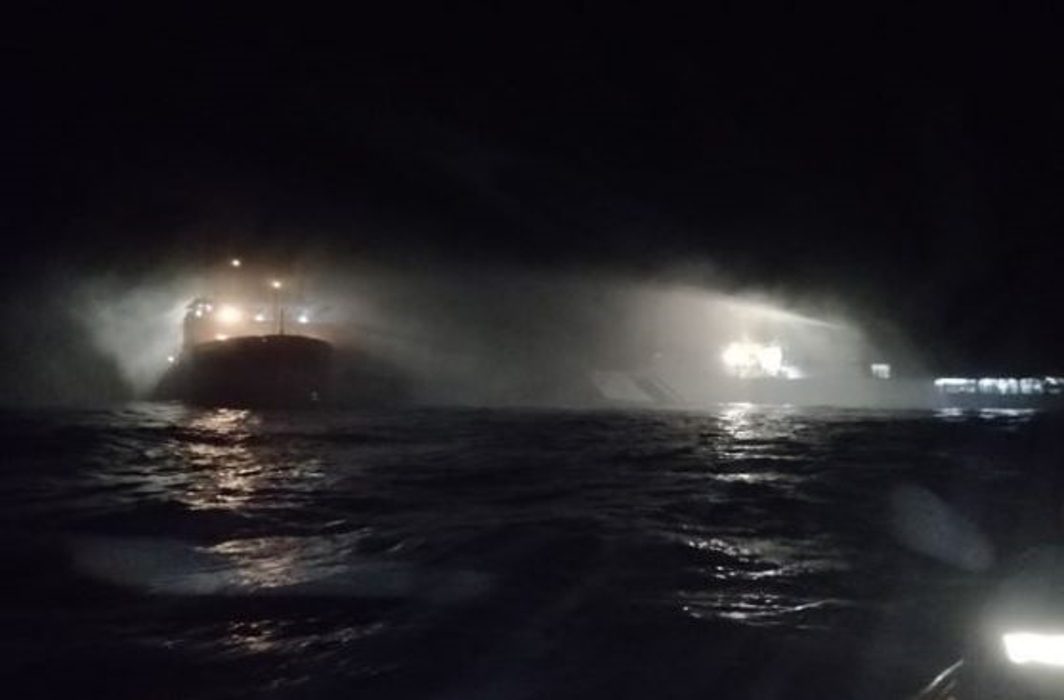 Quick action by the Indian Coast Guard saved the lives of 36 people, including 16 scientists in a major fire that broke out on a vessel on Friday night, March 15 at New Mangalore Port.

An alert was sounded late Friday night after which the Coast Guard sent two of its ships Vikram and Sujay to douse the fire. After some time, the ships managed to put off the fire and escort the crew to safety.

The photos of the fire-fighting operation are displayed on the Twitter account of the coast guard. The ship which caught fire was a research vessel belonging to the Shipping Corporation of India or SCI, named Sagar Sampada.

The reason for the sudden fire is yet to be ascertained. The research vessel was brought to the New Mangalore Port Trust Harbour after rescuing the crew, as per the tweet made by the Coast Guard. The vessel was conducting research on Marine Biology and Fishery