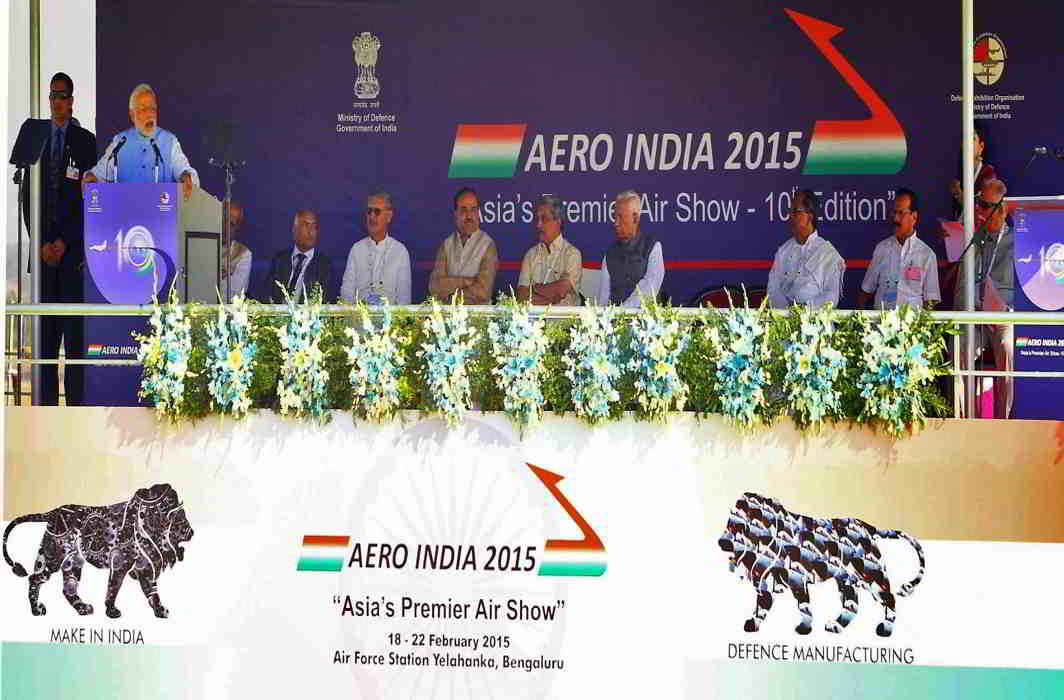 By Aditya Kalra and Sanjeev Miglani

New Delhi: U.S. defence firms offering to set up production lines in India to win deals worth billions of dollars want stronger assurances they won’t have to part with proprietary technology, according to a business lobby group’s letter to India’s defence minister.

The letter had been sent a month before Prime Minister Narendra Modi reshuffled his council of ministers and was thus addressed to Arun Jaitley who then held additional charge of the defence portfolio.

These companies are also saying they shouldn’t be held liable for defects in products manufactured in collaboration with local partners under PM Modi’s ‘Make-in-India’ drive to build a military industrial base.

Lockheed Martin and Boeing are both bidding to supply combat jets to India’s military, which is running short of hundreds of aircraft as it retires Soviet-era MiG planes, and its own three-decade-long effort to produce a domestic jet is hobbled by delays. Lockheed has offered to shift its F-16 production line to India from Fort Worth, Texas, and make it the sole factory worldwide if India orders at least 100 single-engine fighters.

The U.S. firm has picked Tata Advanced Systems as its local partner under the defence ministry’s new Strategic Partnership model under which foreign original equipment manufacturers (OEMs) can hold up to a 49 percent stake in a joint venture with an Indian private firm which will hold the majority of shares.

The US-India Business Council (USIBC) wrote to India’s defence minister last month seeking a guarantee that U.S firms would retain control over sensitive technology – even as joint venture junior partners. “Control of proprietary technologies is a major consideration for all companies exploring public and private defence partnerships,” the business lobby, which represents 400 firms, said in the Aug. 3 letter, reviewed by Reuters and previously unreported.

“To allow foreign OEMs to provide the most advanced technologies, the partnership arrangement between an Indian owned ‘strategic partner’ company and a foreign OEM needs to provide an opportunity for the foreign OEM to retain control over its proprietary technology,” it said, noting this wasn’t explicit in the policy document.

Technology transfer is at the heart of Modi’s drive to build a domestic industrial base and cut reliance on imports that has made India the world’s biggest arms importer in recent years.

Without full tech transfer in previous arms deals, India’s mainly state-run defence factories have largely been left to assemble knock-down kits even for tanks and aircraft produced under licence from the foreign maker. Modi’s advisers have vowed to change that, insisting on transfer of technology so that critical military equipment are designed and manufactured in India.

Benjamin Schwartz, USIBC’s director for defence and aerospace, said the new Indian policy offered a roadmap for establishing partnerships between U.S and Indian companies, but it raised some questions for the firms. He said he was not in a position to name those companies concerned by the Indian policy, but there was a “general desire to see increased clarity” on several aspects, including the control of proprietary technologies.

The USIBC also opposed a clause in the new rules that held foreign firms jointly responsible for the quality of the platforms provided to the military, saying legal liability is a significant factor in business decisions.

“We recommend the MoD (Ministry of Defence) affirm that foreign OEMs will not be liable for defects outside their company’s control,” the USIBC said.

Lockheed did not respond to a request for comment. Boeing, which is bidding for a separate contract to sell its F/A-18 Super Hornets for India’s aircraft carrier fleet, declined to comment on the USIBC letter, but the company’s India president, Pratyush Kumar, said there were concerns about Indian private firms’ lack of experience in the aerospace sector.

Only state-run Hindustan Aeronautics Ltd had made planes under licence, while some private players were starting from scratch, having never built even an aircraft component. Kumar said he could not find a single example worldwide of a private enterprise with limited experience building out a plane under transfer of technology.

“Look at Turkey, look at Japan, look at Brazil – look at multiple countries. In all cases there is a fine balancing act of co-opting the capabilities of both public and private enterprise,” Kumar said.

India’s defence ministry offered no response to the concerns expressed by the trade lobbying group on the strategic partnership model, which will also apply to building submarines and helicopters as part of a $150 billion modernisation drive. But an official, referring to sensitive technology, said the government has made clear in the past that foreign firms can be allowed to increase their stake beyond 49 percent if the technology they bring in is state-of-the art.

“It can be done on a case-to-case basis,” the official said. Mukesh Aghi, president of the US-India Strategic Partnership Forum, said that despite the starting problems, defence manufacturing looked set to be a breakthrough area in ties between India and the United States. “It’s the next big thing. There is strong support from the (U.S President Donald) Trump administration to take this forward.”