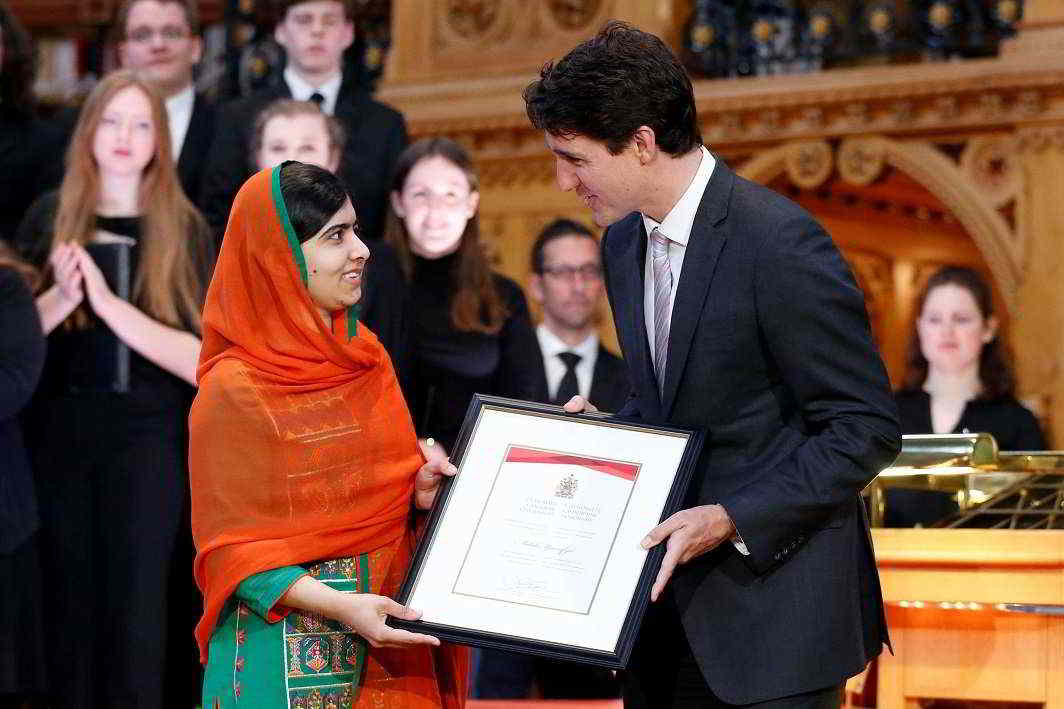 It was a statement against closing of borders to people on the basis of differences in colour, race and faith. It was a stand for sex egalitarianism, a vindication for feminism. And, most of all, it was an indictment of Islamic fundamentalism—that has resulted in the scourge of terrorism threatening the world today.

Malala Yousafzai’s speech of acceptance of her honorary citizenship of Canada was marked by quiet conviction, humour and grace even as she complimented Prime Minister Justin Trudeau for his youthful charisma and popularity with members of the fairer sex.

“When I was coming here, everyone was telling me, shake the prime minister’s hand, let us know how he looks in reality; people were so excited about meeting Trudeau I don’t think anyone cared about the Canadian honorary citizenship,” Malala said.

In fact, Malala has a lot in common with Trudeau. Both share the youngest distinction. While the now-45-year-old Trudeau is the second youngest Canadian PM, Malala, at 19, is the country’s youngest honorary citizen.

“I am a Muslim and I believe that when you pick up a gun in the name of Islam and kill innocent people, you are not a Muslim anymore,” Malala, significantly, said.

She also asked the younger generation to stand up and be counted in the global fight against inequality and for justice, a role that many have found them to be lacking in. Here are her exact words to that effect:

Below is a video of her address.