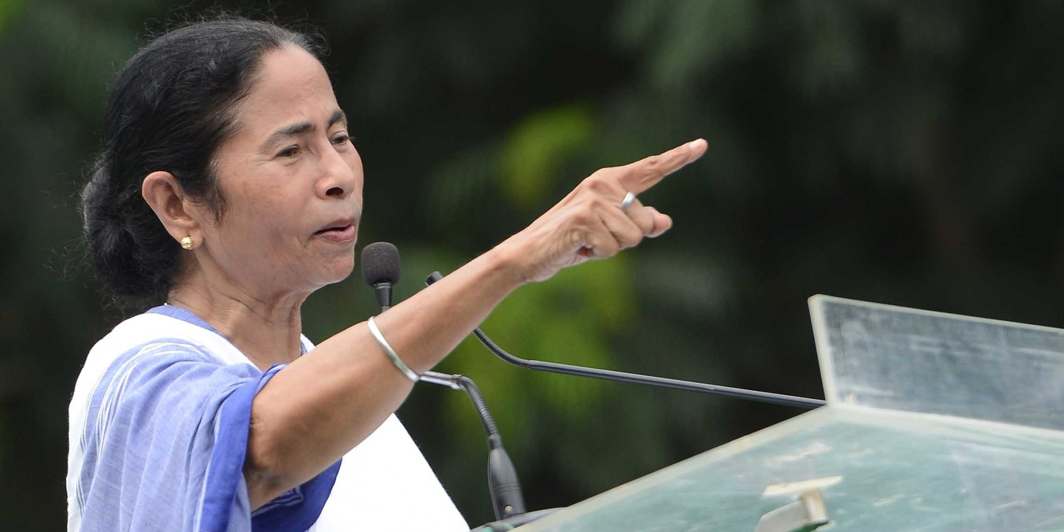 In a rare aggressive posture by a Chief Minister, Mamata Banerjee has blamed that West Bengal has “suffered” because of Narendra Modi’s government’s “diplomatic failure” for the “deterioration” in ties with China, Nepal and Bangladesh.

She was talking to journalists after casting vote for Presidential election in Kolkata on Monday. She said “”Bengal is the worst sufferer. We are victims of circumstance. Bengal is bordered by Bhutan, Nepal and Bangladesh. We want good relations with Bangladesh.”

Banerjee said. “If China browbeats India on Sikkim, there will be an impact on Darjeeling as it is adjacent, the Siliguri corridor being a chicken’s neck.” She further said that, “The centre has ruined ties with Bangladesh, Nepal and China as well as Bhutan.”   Her comments came amid continued standoff between Indian and Chinese armies in the Sikkim section.

Emphasizing that she favors good relations with Bangladesh, Mamata Banerjee said she had spoken to Sushma Swaraj when an effigy of Bangladesh Prime Minister Sheikh Hasina was burnt by VHP on July 1. “Why was it allowed? How is VHP giving arms training to children in the name of Durga Vahini?”  he asked.

Chief Minister continued saying as, “I have videos. Firearms’ training is being given in Assam, even in Jammu. Is this the action of a government? Or are they running a parallel government?”

Darjeeling has been witnessing huge violent protests in support of their demand for a separate Gorkhaland state during last few weeks.  The protesters have turned down Kolkata’s offer for dialogue and expressed willingness to hold talks with central government.

On Monday, Trinamool MPs in Parliament gave a notice under rule 267 in Rajya Sabha to discuss the India-china border stand-off on a priority basis on Tuesday. Earlier in the day, Mamata Banerjee, while in a closed-door meeting with party MPs, gave shape to her party’s plans for the monsoon session of parliament. She was quoted saying as, “We will play an aggressive role in Parliament.”

Trinamool Congress believes that a visit of BJP delegation comprising three MPs to Bengal last week was the precursor to making Basirhat issue in the parliament. Recently there were some communal incidents followed by a sensitive Facebook post by a Class 11 student in that region.