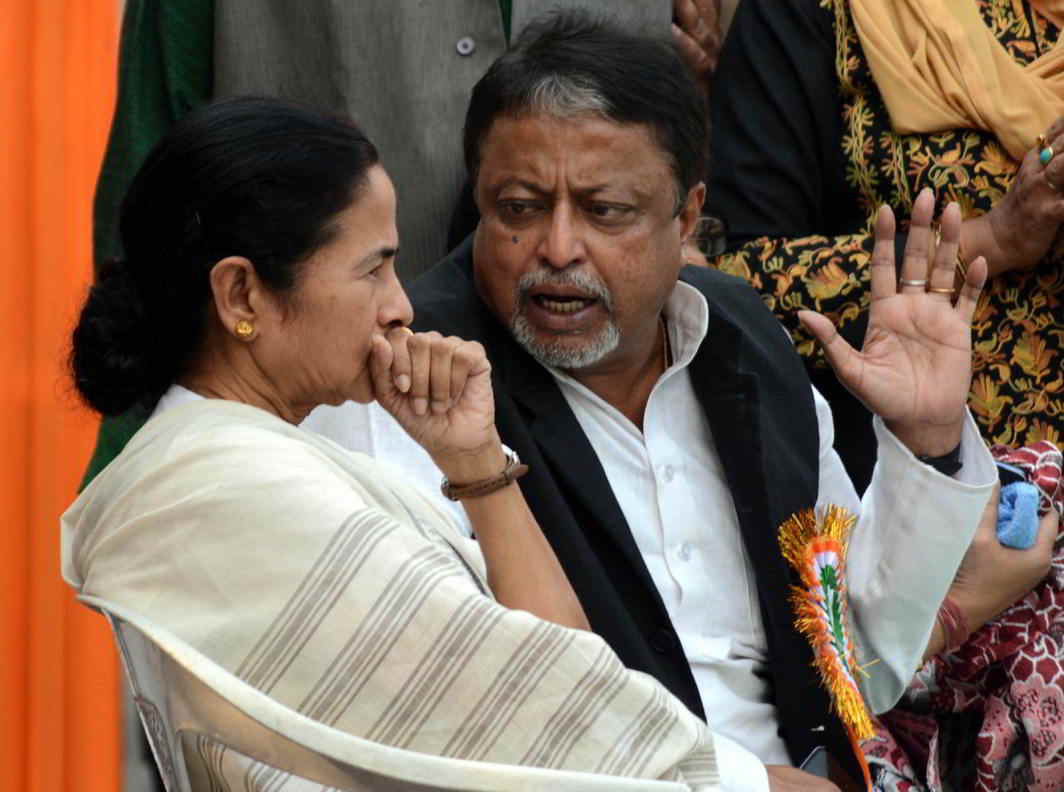 Amid rumours that the former Union railway minister may be joining the BJP, Mamata’s main concern would be the information Roy may carry to the rival camp

As expected, Mamata Banerjee’s long-time aide and confidante Mukul Roy has decided to quit the Trinamool Congress (TMC). He will be putting in his papers after Dussehra, he said on Monday morning. Hours later, Banerjee’s party announced that it was suspending Roy from membership of the Trinamool for a period of six years.

Though Roy, who was elevated to be the Union railway minister during the UPA-II regime when Mamata Banerjee decided to move to West Bengal as chief minister after her party’s Assembly election victory , has not said where his next destination would be, but rumours are that he’s BJP-bound.

India Legal, the sister concern of APN, had clearly signalled the departure of Roy earlier, and this certainly is not the end of desertions from the Mamata camp.

Shortly after Roy’s announcement of his decision to quit the party and from his membership of the Rajya Sabha, Bengal’s education minister and another Mamata aide, Partha Chatterjee, declared that Roy was being suspended from the party for six years with immediate effect.

The Trinamool’s decision, however, makes little difference since Roy had anyway decided to totally quit the party.

Roy’s son Subhrangshu Roy, also a legislator, however, has decided to remain with the TMC.

Whatever the TMC reaction to this news – it was entirely expected and Mamata had made sure that Roy held no post of any importance – Roy’s resignation in itself is of little importance politically. His support base was eroding fast, and other leaders in TMC, especially Mamata’s nephew Abhisek Banerjee (the de facto No. 2 in the party today), made sure that no new shoots grew from Roy’s early importance as a grassroots leader.

Of critical importance, however, will be the loads of inside information that Roy will be carrying over to the next camp. He has been the main wheeler-dealer of the party for a long time, and there was a time when Mamata used to depend completely on the manipulative abilities of Roy.

Even during the Narada sting in 2011, Roy had enough importance within the party to be able to retrieve whatever information regarding legal and financial details of the party that he wished to review. Party funding during elections, huge amounts going into shady hands in the hills and the basic earnings from the many promoter “syndicates” that the party spawned were tied to strings that Roy controlled. Those strings are now in the hands of Abhisek, but enough footprints are available, still, to corner the TMC with several CBI and ED raids. That would certainly be the BJP initiative.

The parleys that Roy had been having in Delhi – with a section of BJP leaders including the party’s national president Amit Shah – weren’t too fruitful initially. Mamata realised his efforts and brought Roy back to Kolkata. But by then it was late. The rabble-rouser BJP president Dilip Ghosh had been tapping all available TMC leads and Roy was the weakest link of all.

What is the gain for Roy? While the probe into the Narada scam cannot really tie Roy down (he did not really handle the money), there have been several instances of his not-too-fair dealings as minister (especially as Railways minster) that could have landed him in serious trouble.

Roy has probably struck a deal with the BJP regarding his own safety. It may be recalled that his son has sought the refuge of TMC, possibly simply because he was not in demand within the BJP. He would surely be treated with suspicion within the TMC now, especially since he carries with him allegations of a huge number of suspicious dealings while his father was the railway minister.

When asked at the press conference why he was resigning, Roy said he was “forced” to, and that he was leaving with a “heavy heart and pain.” Regarding his intentions regarding the BJP, Roy just said: “After five days I will explain everything.  Today, I will not say a word, I will explain after puja.”

Roy had been removed from almost all party posts including the vice-president’s post. His Delhi tours were the source of serious discussions within the TMC, with Partha Chatterjee having thundered: “On what right is he talking to BJP leaders? Maybe on a personal level, but we are keeping a close watch.  We will take action if he exceeds his limit. He cannot be friendly with us if he is also friendly with the BJP. He has to remember that the party’s needs are bigger than personal needs.”

Not that Roy had not sent out clear signals earlier. Recently, he had given up the entire security detail (except for one bodyguard) that the state had provided for him. When asked why, he had explained that since he was not within the main party dealings anymore, there was no need for such security.

When the TMC did take strict action – like suspending him – it turned out to be too little too late.