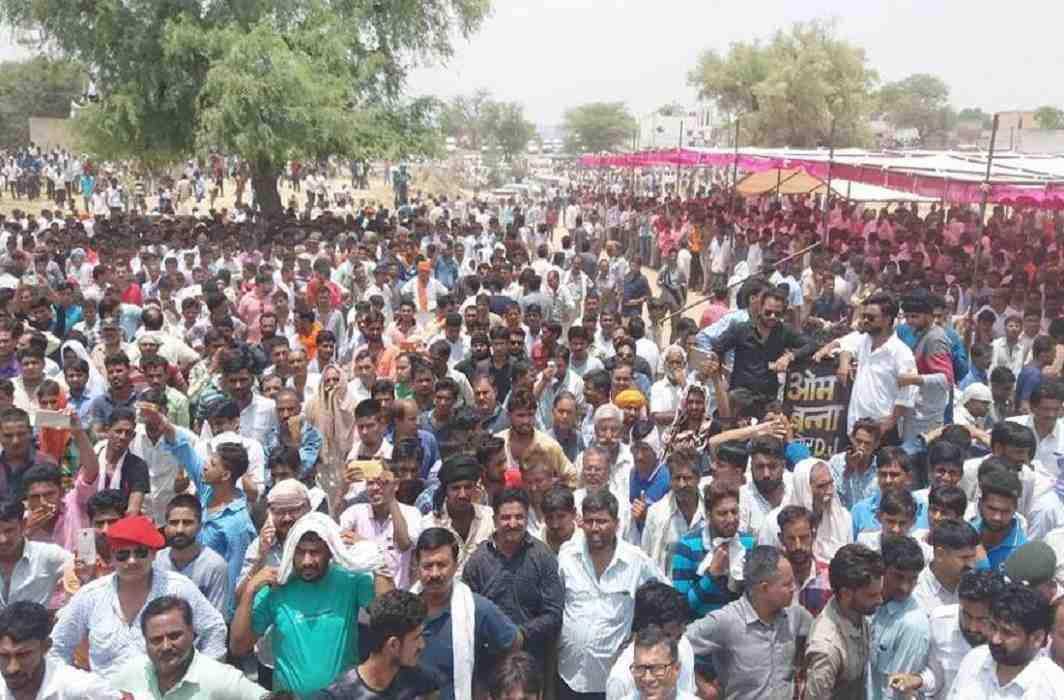 At least one person was killed and 20 policemen were injured in a violent faceoff between the police and protestors seeking CBI probe into gangster Anandpal Singh’s encounter on Wednesday in Sanvarad village in Naguar district of Rajasthan. The encounter took place on June 24.

Lal Chand Sharma, a native of Haryana, died of bullet injury at SMS Hospital. It is unclear if he died in police firing. A critically injured Jodhpur resident was recuperating in the hospital.

“We are trying to find out more details about Sharma but it appears that Singh had come to the rally,” additional director general of police (law and order) NRK Reddy said.

Anandpal, who belonged to the Rajput community, was killed in an encounter in Churu district. There were more than three dozen criminal cases against him, including six murders, and was on a run since September 2015.

According to reports, protestors went berserk and tried to set a train on fire after talks between the administration and community leaders failed. In the violence that escalated after police fired tear-gas shells, at least 16 policemen, including Paresh Deshmukh, superintendent of police (Nagaur), Gyan Chand Yadav, additional SP (Nagaur), were injured.

“Three of our weapons are missing as we are suspecting that the protestors managed to take hold of an AK 47 rifle and two pistols. Two of the weapons were snatched from the gunman of Nagaur SP Paris Deshmukh,” Reddy said.

“The protesters were trying to lock the RPF constables inside the outpost and set it on fire. Nagaur SP reached there with force and tried to rescue them when they roughed him up and also set fire to his vehicle,” he added.

Rajput groups have been protesting in different parts of Haryana since Anandpal’s encounter. They claim he was killed despite his willingness to surrender before police and that it was a part of the political conspiracy to eliminate him.

Internet services have been shut down and curfew has been imposed in the district as a precautionary measure.