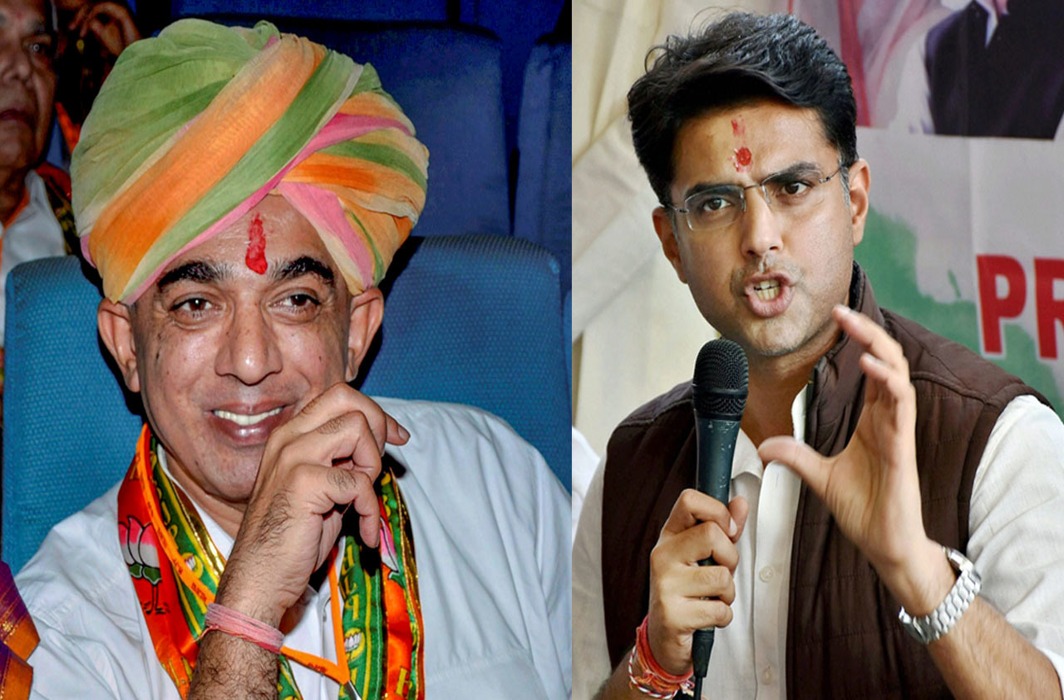 Just over a month before Rajasthan goes to polls, son of BJP veteran Jaswant Singh and MLA from Sheo in Barmer, Manavendra Singh will join Congress tomorrow (Wednesday, October 17), according to media reports.

The formality will reportedly be completed at Congress president Rahul Gandhi’s residence, according to NDTV. He is likely to join the Congress along with his wife Chitra Singh.

The move was anticipated after the 54-year-old journalist-turned-politician quit the BJP on September 22 at his ‘Swabhiman Rally’ held in Barmer, describing his resentment with the party at a public rally with the phrase: “Kamal Ka Phool, Hamaari Bhool” (lotus – BJP – was a mistake).

“He will join the Congress on the auspicious day of Maha Durgaashtami in New Delhi at 10 am,” news agency IANS quoted Sachin Pilot, the chief of the Congress in Rajasthan, as saying.

The Bharatiya Janata Party (BJP) said that the decision will not have any impact on the party’s prospects in western Rajasthan.

“It is a politically wrong decision of Manvendra Singh which will have no impact on the BJP. Rajput votes have been with the BJP and will remain with us,” Parliamentary Affairs Minister Rajendra Rathore told reporters.

The Congress hopes to make more than a psychological dent by recruiting Manvendra Singh close to the Rajasthan assembly elections scheduled on December 7.

Manavendra Singh enjoys a clean reputation and is seen as a suave, dignified person yet connected to his roots. He could be useful to Congress with his appeal in western Rajasthan, especially among Rajputs, who form seven per cent of the electorate in Rajasthan and have traditionally voted the BJP.

Manvendra Singh and his father Jaswant Singh – who has been lying in coma for four years – had been upset with the BJP since the party denied the veteran his wish to contest the 2014 national election from Barmer, his home base. Jaswant Singh contested as an independent and lost to BJP’s Col Sonaram Choudhary, a Jat leader who had joined the party from the Congress and was backed by Chief Minister Vasundhara Raje.

One of the founder members of the BJP in 1980 and union minister in Atal Behari Vajpayee’s government, Jaswant Singh was expelled from the party and his son was removed from primary membership soon after.

Manvendra Singh claimed Prime Minister Narendra Modi had expressed sadness at what happened and had said somebody in Jaipur and two people from Delhi are behind the conspiracy.

Chief Minister Vasundhara Raje is among those who sidelined his father, Manvendra believes. During the Rajasthan Gaurav Yatra, CM Vasundhara Raje skipped Sheo from her itinerary.

While declaring his decision to quit the BJP last month, Manvendra Singh tore into the party for its style of functioning at the centre and the state. “There is a problem with the culture of governance and there is rampant corruption,” he told NDTV.

His decision to quit the BJP was based on ideological differences, he told NDTV, commenting that he had been quiet for four-and-a-half years and obeyed the BJP leadership but had now lost patience.

“They don’t know what hindutva means and there is deliberate polarization, which is unfortunate,” NDTV quoted him as saying.