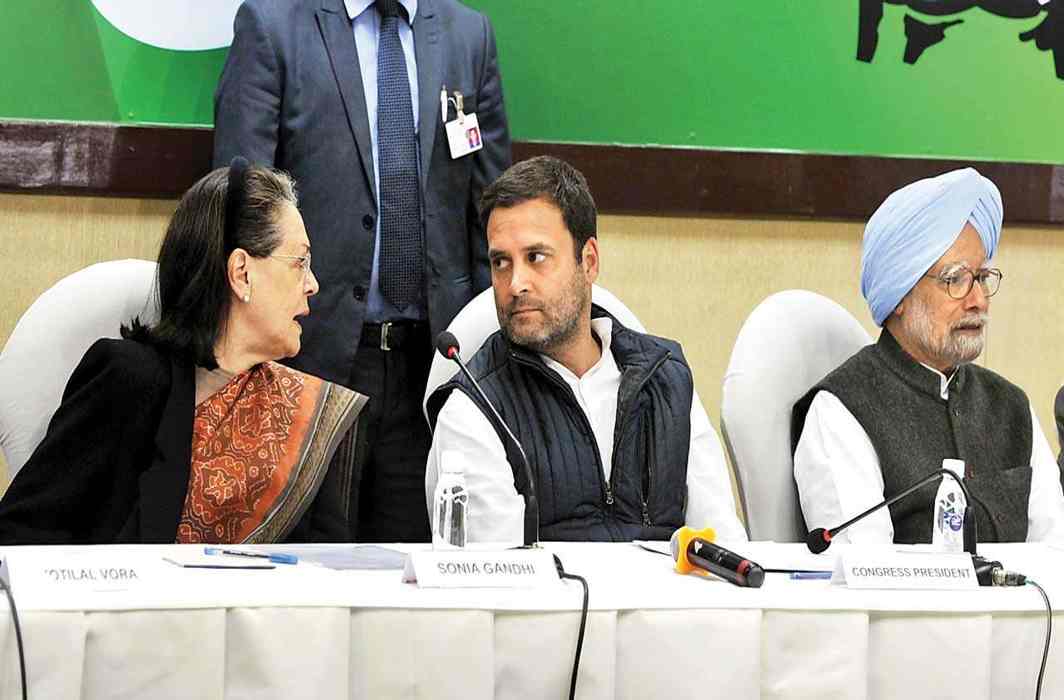 Former Prime Minister Manmohan Singh on Sunday, July 22, hit out at his successor PM Narendra Modi saying he “rejects the culture of constant self-praise and jumlas of PM as against solid policy framework” for driving the engine of growth”.

Singh was speaking at the Congress Working Committee meet in New Delhi, the first to be held after Rahul Gandhi revamped the body after taking over as party president in December last year.

The meeting comes after the no-confidence motion debate in Lok Sabha on Friday when Rahul Gandhi had launched a scathing attack on PM Modi and his government. The CWC meet took it forward with PM Modi coming under severe criticism from former PM Singh and UPA chairperson Sonia Gandhi.

Sonia Gandhi said the rhetoric of PM Modi shows his “desperation” and it reflects that the “reverse countdown” of the Modi government has begun, reported The Indian Express (IE).

Sonia Gandhi also cautioned the people about the “reign of despair and fear” heaped upon India’s deprived and poor.“We have to rescue our people from a dangerous regime that is compromising with the democracy of India,” she said.

She talked about forging a front against Modi-led NDA, saying, “We are committed to make alliances work and we are all with Congress President Rahul Gandhi in this endeavour.”

He lashed at the culture of constant self-praise and “jumlas” of PM Modi.  Manmohan Singh pointed out that PM Modi’s claim of doubling farm income by 2022 will require the agriculture sector to grow at a rate of 14 per cent, which, he said, was nowhere in sight.

His remarks come in response to Modi’s assertion earlier this month that his government had to steer the nation’s economy out of “unbelievable” decay left by an “economist prime minister and a ‘know-it-all’ finance minister”.

Modi had said that when he came to power things were terrible. “We were a part of the fragile five economies. Even the budget figures were suspicious,” he said.

Singh had, reported News18, attacked the government over a series of banking frauds, saying the money swindled almost quadrupled from Rs 28,416 crore in September 2013 to Rs 1.11 lakh crore in September 2017. “It pains me to see how rather than standing up to all these challenges, the government’s response has been to stifle dissent when deficiencies are pointed out,” he had said.

Before Singh, Rahul reminded members of “the role of Congress as the voice of India” and the “responsibility of the party as BJP attacks institutions, Dalits, tribals, minorities and the poor.”

He described the newly constituted CWC as an “institution comprising experience and energy, as a bridge between the past, present and the future,”the News18 report said. He called upon Congressmen and women “to rise and fight for India’s oppressed.”

The strength of the new body is 51 — 23 main members, 18 permanent invitees and 10 special invitees.

However, the Congress chief who had recently voiced his support for 33 per cent reservation for women in Lok Sabha and state Assemblies has included only three women — Sonia Gandhi, Ambika Soni and Kumari Selja — in the committee.

A doctor at Aligarh Muslim University’s Jawaharlal Nehru Medical College who had spoken to media and questioned Uttar Pradesh police’s version of the Hathras rape case has been told by the hospital that his services are not required any longer.
Read more