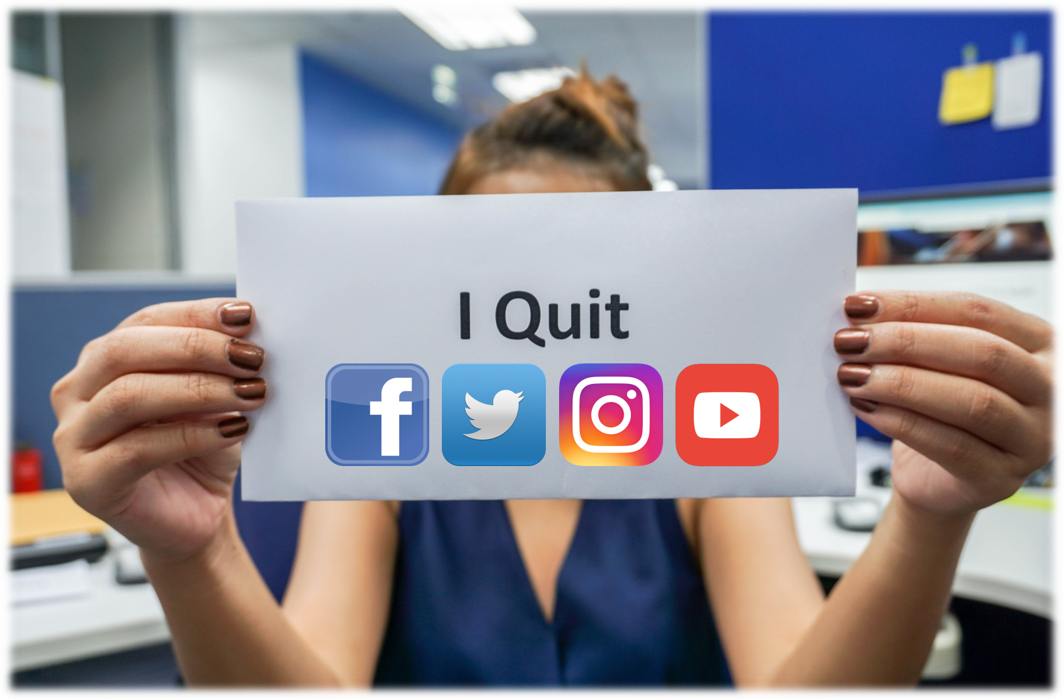 Social media these days plays a very important role in making people famous. It can make us a virtual world sensation and we can gain popularity easily and sometimes almost instantly – remember Priya Varrier?

So why are celebrities across the world bidding good bye to social media or taking a break from it? They are doing so because they feel social media is killing their personal time, forcing them towards loneliness and depression. Bad comments, negative criticism, rumors, and fake news are among the reasons for doing so, because it creates tension and mental pressure and diminish their image.

Well known faces in India as well as abroad are quitting social media. Recently, news came that YouTube star Lilly Singh has taken a break from social media. She is known as Superwoman on YouTube and she has a huge list of 14.5 million followers. She has been a star on YouTube since 2010. On Monday, she published a video on YouTube on, with the title ‘I’ll see you soon…”, in which she explained that her followers and YouTube is not the reason of this decision. She is taking a break due to increased pressure on her. The pressure of blogging, making content and publishing video on YouTube, every day was becoming a tough task for her.

She said, “I’ll be real with Y’ll. I am mentally, physically, emotionally, and spiritually exhausted. I’ve been doing YouTube consistently eight years, and for lot of those years, I’ve been doing it twice a week, plus daily blogs.”

Bollywood’s star Sushant Singh Rajput, took a break from twitter after his separation with his long time girlfriend Ankita Lokhande. He took this break due to many remarks passed on his separation.

World famous singer Selena Gomez announced that she is taking break from social media sites, to take care of her mental health. 26-year-old Gomez was receiving dialectical behaviour therapy. She recently had mental break down and was taking mental health therapy.

Along with them there are many more well known faces who quit using social media sites.

Do you also need a break?
Social media is a part of our lives. We cannot think of spending a single day without social media. Every one of us is connected to this wide network in such a way that we cannot keep ourselves totally away from it. Notifications and new feed urge us to spend our precious time on social media. There are many negative impact of this network on us. It creates imbalance in our lives, we suffer from physical illness and mental harassment that lead to depression and tension. It is very important to keep ourselves away from this virtual monster, to save ourselves from mental and physical illness, stress and imbalanced life we should make a fixed timing of spending our time on social media.

International Civil Aviation Day 2021: History, theme, significance, and all you need to know