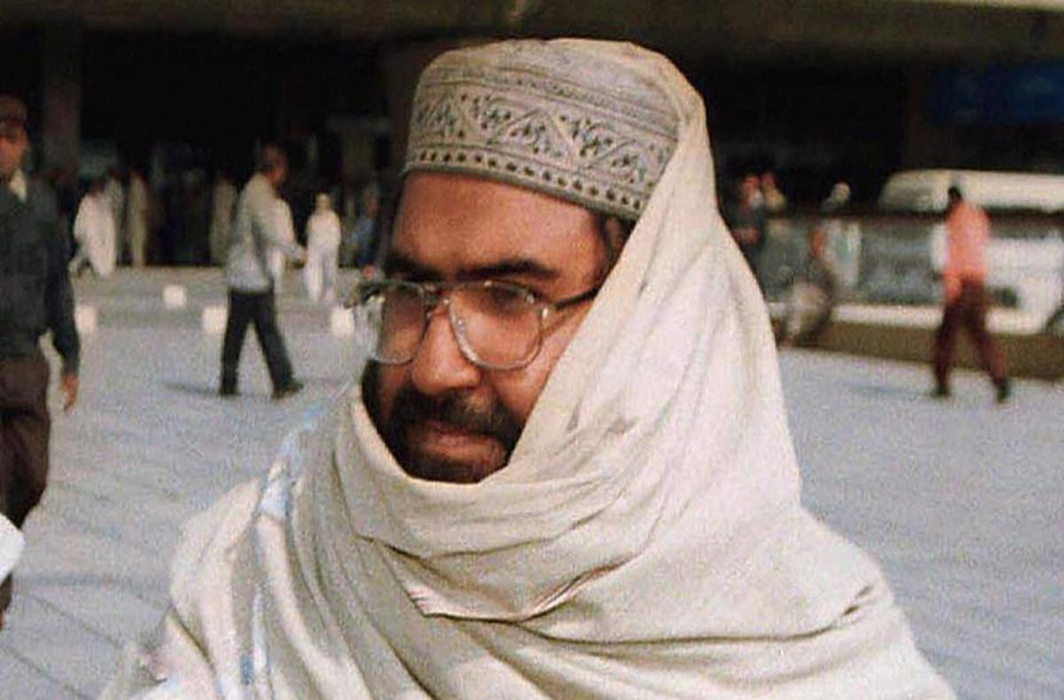 Jaish-e-Mohammad (JeM) chief Masood Azhar was listed as a designated terrorist by the UN Security Council 1267 Committee yesterday (Wednesday, May 1) after China yielded to mounting international pressure and the proposal for listing was tweaked to remove mention of Pulwama attack for which JeM had claimed responsibility.

The Pulwama attack of February 14 was mentioned in the February 27 listing request for Azhar.

On Thursday, China said that it agreed to allow the UN Security Council to declare Masood Azhar as a “global terrorist” only after it was satisfied with the “revised evidence” made available to it. It was referring to the exhaustive report showing Azhar as a terrorist which was provided by foreign secretary Vijay Gokhale during his recent visit to Beijing between April 25 and 27.

Undoubtedly a major success for India, Masood Azhar’s listing as global terrorist is not unprecedented by any account. As former Prime Minister Manmohan Singh pointed out, “Within 14 days of the Mumbai attack, we got China to agree to declare Hafiz Saeed as a global terrorist under the 1267 Sanctions Committee of UN.”

Saeed, despite the listing, continues to freely move and operate in Pakistan.

The listing comes after India’s efforts for over a decade with the support of its friends at the UNSC.

Azhar being listed as global terrorist means a travel ban, arms embargo and asset freeze on Azhar. An assets freeze under the Sanctions Committee requires that all states freeze without delay the funds and other financial assets or economic resources of designated individuals and entities.

The travel ban entails preventing the entry into or transit by all states through their territories by designated individuals.

Under the arms embargo, all states are required to prevent the direct or indirect supply, sale and transfer from their territories or by their nationals outside their territories, or using their flag vessels or aircraft, of arms and related materiel of all types, spare parts, and technical advice, assistance, or training related to military activities, to designated individuals and entities.

The P-3 or group of three permanent UNSC members, the US, the UK and France, had co-sponsored a listing request at the Committee on February 27, weeks after the Pulwama attack that killed over 40 security personnel. That request, reported The Hindu, mentioned: “…JeM claimed responsibility for a suicide attack in Pulwama”.

However, China placed a hold on the request — which normally lasts for three months — on March 13 for the fourth time in a decade.

At the end of March, the US circulated a draft resolution (to sanction Azhar) among the UNSC members, i.e., outside the 1267 Committee. The move made by US, along with France and the UK, was designed to pressure China into either supporting the listing or having to take a stand in open proceedings and risk being seen as supporting terror, being publicly isolated and forced to state the reasons for opposing the ban.

Earlier this week, China had said “some progress” had been made and indicated it was willing to change its decade-long position.

After the April 23 meeting to list Azhar at the UN, a time-period for raising objections to the move followed. The period ended on May 1 and following no objections from China this time, it went through.

The reasons for designating Azhar as a terrorist as per Wednesday’s listing included his support for the JeM since its founding, being associated with the al-Qaeda by recruiting for them and “participating in the financing, planning, facilitating, preparing, or perpetrating of acts or activities or supplying, selling or transferring arms and related material”. It also pointed to his role in recruiting fighters in Afghanistan. The JeM itself was sanctioned by the 1267 Committee in 2001.

Welcoming the decision, India called it a “step in the right direction”, which demonstrated the international community’s resolve to fight against terrorism and “its enablers”.

“This is in accordance with India’s position and in line with the information that India has shared with the members of the Sanctions Committee regarding terrorist activities of Masood Azhar and the JeM. India will continue with its efforts through international forums to ensure that terrorist organisations and their leaders who cause harm to our citizens are brought to justice” said Raveesh Kumar, Ministry of External Affairs (MEA) spokesperson.

Pakistan’s statement on the dropping of Pulwama references as “mischievous”, and an attempt to “The objective has been the designation of “salvage something out of this huge diplomatic setback for them by diverting the narrative,” said The Hindu, quoting government sources.

“Pulwama happened to be the latest act of terror but the designation was not based on a specific incident but on the basis of evidence shared with members of the 1267 Sanctions Committee linking Masood Azhar to terrorism,” sources told The Hindu.

The listing was a result of diplomacy by many partners and took concerns from all countries on board, reported The Hindu quoting a western diplomat who said the US was key to pushing it through, aided by the UK and France, while Indonesia played an important role as the Chairperson of the UN Security Council.

The French government was the first to issue an official reaction to the listing, calling it the “successful realisation” of its efforts of several years.

Syed Akbaruddin, India’s Permanent Representative at the UN, said the listing was a significant outcome for India. “This is, for us, a significant outcome because we have been at it for several years. The first effort that we have made in this regard was in 2009. More recently, we have been persistent, diligent and in a subterranean manner, making all our efforts towards this goal. Today, that goal stands achieved.”