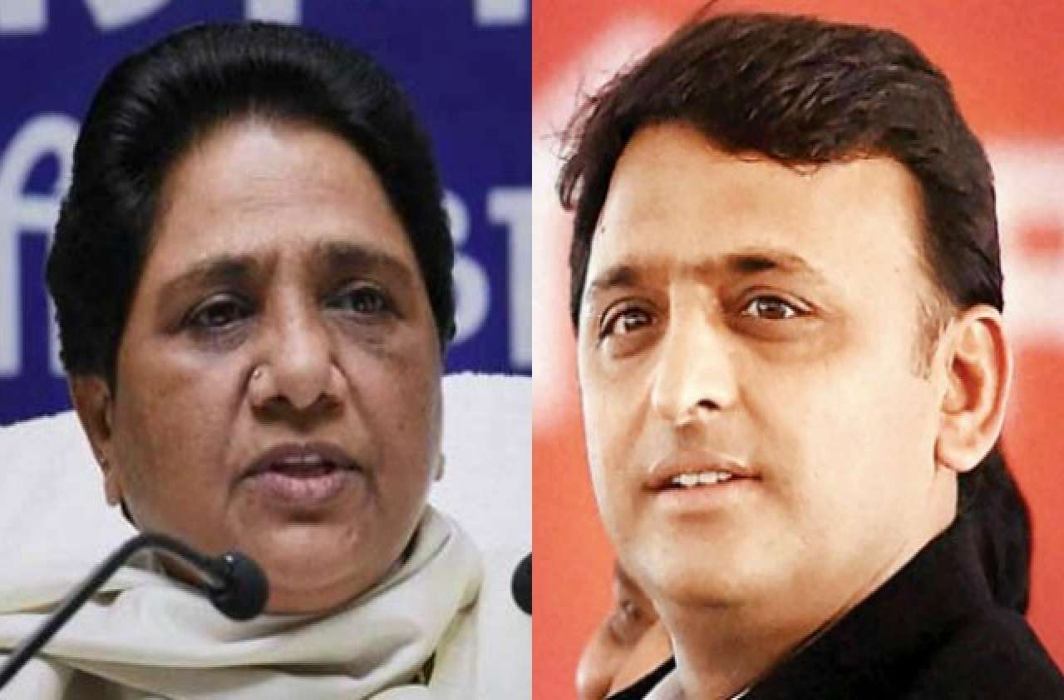 Samajwadi Party (SP) and the Bahujan Samaj Party (BSP) have sealed a deal to contest 2019 Lok Sabha elections in alliance, leaving three seats for Ajit Singh-led Rashtriya Lok Dal (RLD) and only two seats of Raebareli and Amethi for Congress in Uttar Pradesh (UP).

Congress has, thus, been practically left out of the alliance by the two parties, though they extended support to it to help it manage the numbers in Madhya Pradesh and Rajasthan, in both of which it was short of majority by two seats. Both SP chief Akhilesh Yadav and BSP supremo Mayawati, however, skipped the oath-taking ceremonies of the three Congress chief ministers while other Opposition leaders turned up for a show of unity.

The two seats that SP-BSP have left for Congress in UP are those of the Congress’ first family: Amethi is represented by Congress President Rahul Gandhi, while Sonia Gandhi is Lok Sabha MP from Raebareli.

An official announcement is likely to be made in this regard on January 15, 2019, when BSP supremo Mayawati celebrates her birthday, said media reports citing sources.

A report in the Hindi daily, Dainik Jagran, said that both SP and BSP will try to adjust some smaller political outfits instead of giving respectable seats to the Congress.

Media reports quoting sources said that the two parties felt that their old experiences also suggest that there is no benefit of the Congress taking along because their votes don’t get transferred to the SP and the BSP.

Earlier in August, top Congress sources had said that it was a part of the UP seat sharing and the deal was virtually sealed with SP and BSP.

Earlier on Monday, SP chief and former chief minister of the state Akhilesh Yadav, while answering to queries related to DMK President MK Stalin’s call for Rahul Gandhi as PM candidate in 2019, said the opinion of the alliance can be different from Stalin’s opinion.

“The people are unhappy with the BJP. Telangana CM, Mamata ji and Sharad Pawar ji had attempted to bring together all leaders to form an alliance. If someone (Stalin) is giving his opinion, it isn’t necessary that alliance has the same opinion.” said Akhilesh Yadav.

Meanwhile, BSP leader Anubhav Chak told News18 that even if the Congress performs well in the state assembly elections, there won’t be any pressure on BSP to accommodate Congress in the alliance for 2019 in UP. “Congress had fought last assembly elections in Uttar Pradesh in coalition with Samajwadi Party and the results are in front of everyone. Even if Congress gains upper hand in a few states, then too there will not be any kind of pressure on BSP to include Congress in any kind of alliance for 2019 Lok Sabha Elections,” he had said.

The BJP along with Apna Dal had won 73 seats in the 2014 Lok Sabha elections while the SP got five seats while the Congress got two seats. The BSP failed to get any seat in the state.

A coming together of the BSP and SP is likely to dent the BJP’s prospects. The strength of SP-BSP alliance was demonstrated earlier this year when they snatched Gorakhpur and the Phulpur Lok Sabha seats from the BJP in the bypolls. Later, the RLD defeated BJP to take the Kairana Lok Sabha seat.