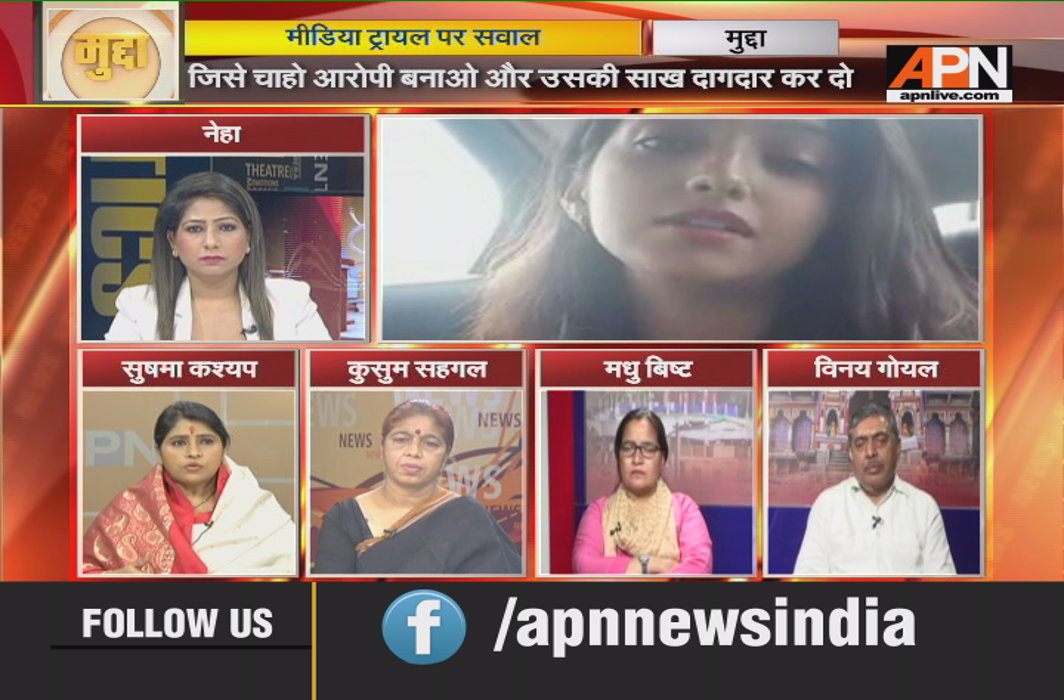 Bisht said: “This incident has been shameful. Sakshi is an adult and is free to choose her life partner, dalit or not. If she was more mature, she would not have dragged her personal wrangle into the media spotlight. Media, on its part, lapped up the story. She could have gone to court. She should have been mindful of cultural values as well as her parents’ anguish.”

Goel said: “I have no hesitation in saying that this case became a TRP issue for the media. It helped the media than an MLA was involved, and the groom was a dalit. Many arranged marriages today are inter-caste. Today caste is not as big a factor as is made out to be. Sakshi was not right in dragging her father into this mess.”

Sehgal said: “Sakshi knew how to approach the courts and media. Maybe there was, in fact, danger to her life, we have seen honour killings in the past. But the girl too is educated; the groom, being a dalit, made it into a caste issue. Media should have first assessed if Sakshi’s life was indeed in danger.”

Kashyap said: “Media can easily sensationalise any news. Media should have done proper investigations before taking up this issue.”

Sehgal said: “Media is the fourth estate. TV channels should have understood the real issue. The MLA is also a father. The groom claimed that he was a dalit, which was why the father was against the marriage. But he used to go to their house socially.”

Bisht said: “This is not the first time a girl is marrying a dalit. The father of the girl was ready to support her; the girl acted in haste.”

Goel said: “I too have kids who are of the marriageable age. As parents, we do look at the age of the prospective groom, earning potential and so on. It is normal to do so. This boy has taken advantage of the dalit card to show victimisation, so that no questions are asked about his character, earning and so on.”

Kahyap said: “Sakshi kept on saying that she was being victimised. She used the media. It is alright for the father to look at the antecedents of the would-be husband of his daughter. Ajitesh Kumar, Sakshi’s husband, did not have a good track
record.”

Bisht said: “There are a lot many issues that the media can spotlight. Why was the media so quick to lap up this story? Media is powerful, and should be more responsible in presenting news.”

Sehgal said: “There was a BJP MLA involved, a dalit man…and it became a powerful sensational combo for the media.”

Goel said: “Ajitesh Kumar had a past case against him, of a prior engagement with another girl that was broken…but media was more absorbed with the MLA and the dalit angle.”

Bisht said:”People will watch what you show. But media owes it to the society to be more responsible.”

Sehgal said: “This sort of media trials should end. Media was so quick to take up this case, the father was cornered in saying that if this sort of media circus does not end, he would commit suicide.”

Bisht said:”The media should have done a U-turn.”

Kashyap said:”In the first video, the girl said that she is scared, and the boy, smiling, said he was a dalit…They did not look like a couple in danger. TV channels were quick to take up this story.”

Goel said:”It is true that the media grabbed the story, because an MLA was involved. But as the story unfolded, people sympathised with the father. No damage to his image has been done.”