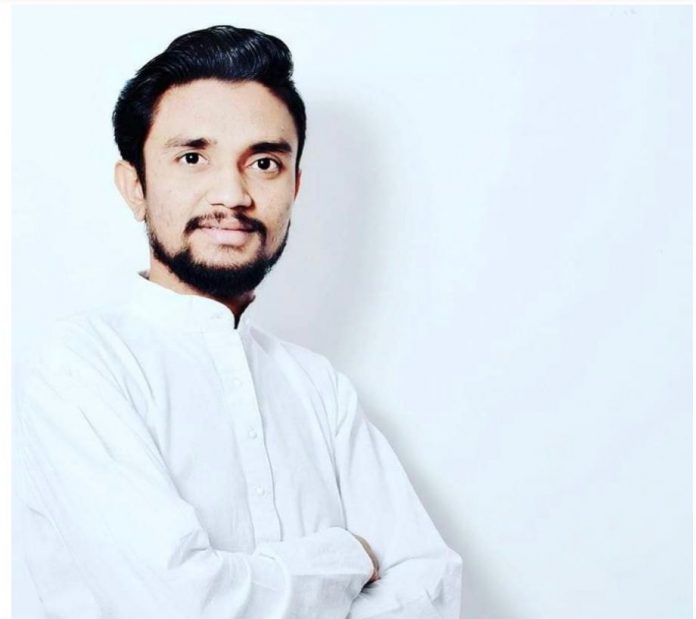 Michael Dabhi is a young leader and entrepreneur. He was born on January 2, 1995 in Mosal Sadarpur. He is the President of Bharatiya Janata Yuva Morcha, from Shahpur. A changemaker from the young age, he was drawn into entrepreneurship and activism. Michael Dabhi says “I believe they are 2 sides of the same coin – both for welfare of the nation”

He founded the logistics company Dabhi Packers and Movers and is currently its CEO.  He re-established and modernized his grandfather Hiraji Bhikhaji Dabhi’s logistics business by starting Dabhi Packers and Movers Service Company in 2016.  His grandfather Hiraji Bhikhaji Dabhi was working on building demolition and transportation.

Hiraji left his hometown Godha 70 years ago and moved to Ahmedabad for business. Hiraji Dabhi was barely 21-22 years old at the time. He took the contract of shifting machinery of New India and Bombay Textile Mills.  At the time, the machinery was being transported locally in a specially designed cart which had to be pulled with the help of 2 people. The transportation at that time was old-fashioned, and this type of transportation was done especially for machinery and was limited to Ahmedabad only.

When Michael said that he wanted to start a business with his father, after much deliberation his father saw the growing prevalence of packers and movers. He asked Michael to start a similar shifting business and he took more information from his father and then started a business. He started his business by shifting households locally in Ahmedabad. He then began gradually taking on contracts for office shifting and industrial machinery shifting. They filled the tender of ONGC and successfully completed the challenging work with ONGC’s years old heavy machinery by passing their tender.

Michael says – ‘it is important to learn from parents as they are the most effective mentors’. He is an environment lover too. He likes to plant trees before the onset of the rainy season and also makes it a mass activity.

Later, when he joined the BJP, he stayed with former Minister of State Shri Bharatbhai Barot and planted many trees.  He was inspired to plant these trees and save the environment by the minister, an ardent environmentalist.

Michael Dabhi holds his bachelor’s degree from C.U. Shah Commerce College. When he joined the college, he became part of  youth wing of the BJP, Bharatiya Janata Yuva Morcha. He has participated in many camps in association with the National Service Scheme (N.S.S.), organized blood donation camps, youth awareness campaigns, tree planting, water saving campaigns, and many other programs.

At the end of his college year, he met Bharat Barot, a former MLA and Minister of State for Gujarat, and was later appointed as the President of the Shahpur Ward of the BJM on eve of independence day of 2017. Michael Dabhi served as the BJP’s campaign manager in the 2017 Gujarat Assembly elections, 2019 Lok Sabha elections, and then in the 2021 local body elections.

Michael joined a job placement company when he was in his first year and he facilitated jobs to many young people. He then made direct contact with the founder-director, manager and HR of the company and worked for the youth to get more jobs wherever there were vacancies.

Mr Dabhi contacts private companies to help young people get jobs by understanding the process of getting jobs from those companies that help people in need get jobs. He has also organized employment fairs at Ahmedabad. They organize blood donation camps every three to four months, as well as being helpful to many private sector people who organize blood donation camps, and they also donate blood themselves on a regular basis with motto – ‘giving blood to the nation’.