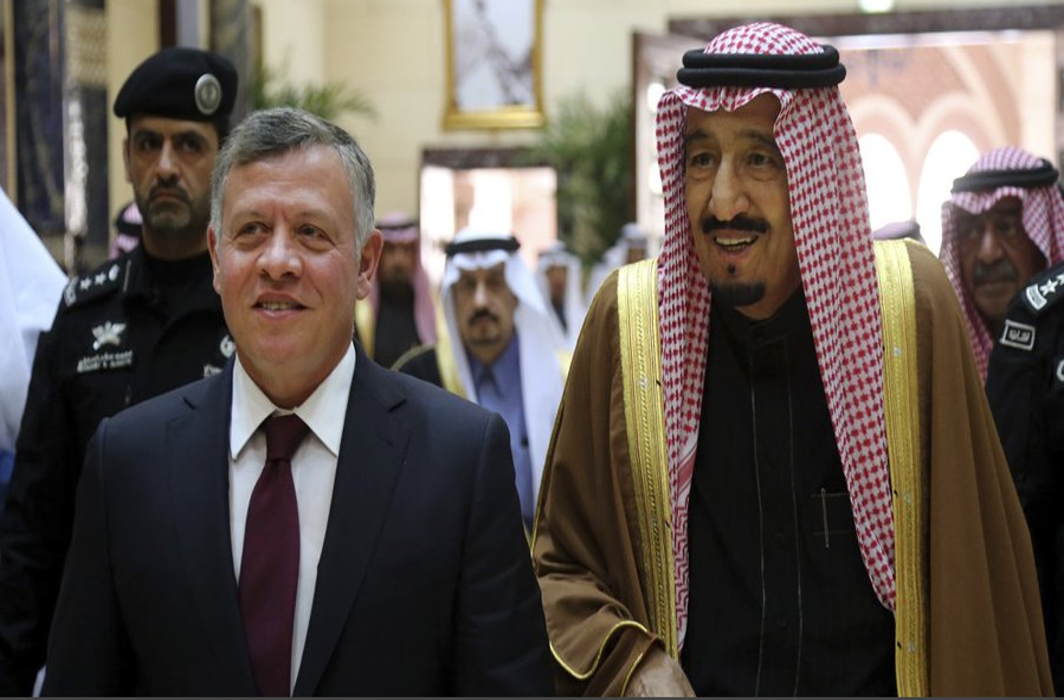 The current economic crisis in Jordan which has forced King Abdullah II to replace Prime Minister last week after aggressive peoples’ protests, the Saudi Arabia’s King Salman bin Abdulaziz is holding a four-nation meeting in the holy city of Mekkah on Sunday.

According to Saudi Press Agency (SPA) Saturday report, the Royal Court on Friday said that Saudi Arabia, Jordan, Kuwait and the UAE will participated in the meeting.

The statement issued by SPA says, “Emanating from his care for the condition of Arab nation as well as his keenness on whatever achieves security and stability for the Arab nation, the Custodian of the Two Holy Mosques King Salman bin Abdulaziz Al Saud has been following the economic crisis in Jordan and has made telephone calls to King Abdullah II bin Al-Hussein of the Hashemite Kingdom of Jordan, Emir Sheikh Sabah Al-Ahmad Al-Sabah of Kuwait and Sheikh Mohammed bin Zayed Al Nahyan, Crown Prince of Abu Dhabi and Deputy Supreme Commander of the UAE Armed Forces. They agreed to hold a meeting comprising the four countries in Makkah on Sunday, to discuss means of supporting Jordan to overcome its current crisis.”

Jordan has been passing through tough economic situation. Amman government has recently introduced IMF-tax bill, which was opposed by nation-wide protests demanding for the withdrawal of the tax bill. Protesters forced King Abdullah II to replace Prime Minister Hani al-Mulki withOmar Razzaz, an economist by profession.

Jordan and Egypt are the only two Muslim countries having peace accord with Israel. Both the countries are considered to be close allies of US and Israel, the two countries facing hate from the Muslim masses due to consistent killings of Palestinians.

Saudi Arabia and other GCC countries, especially UAE have not established formal ties with Tel Aviv but have been reportedly nursing their discreet ties with that country. This was made clear recently when Saudi Arabia allowed Air India to use its airspace for its commercial flights from New Delhi to Tel Aviv, reducing almost three-hour detour journey.

Jordan receives financial assistance from US, UAE and Saudi Arabia. It houses large number of Syrian, Palestinian and Iraqi refugees.