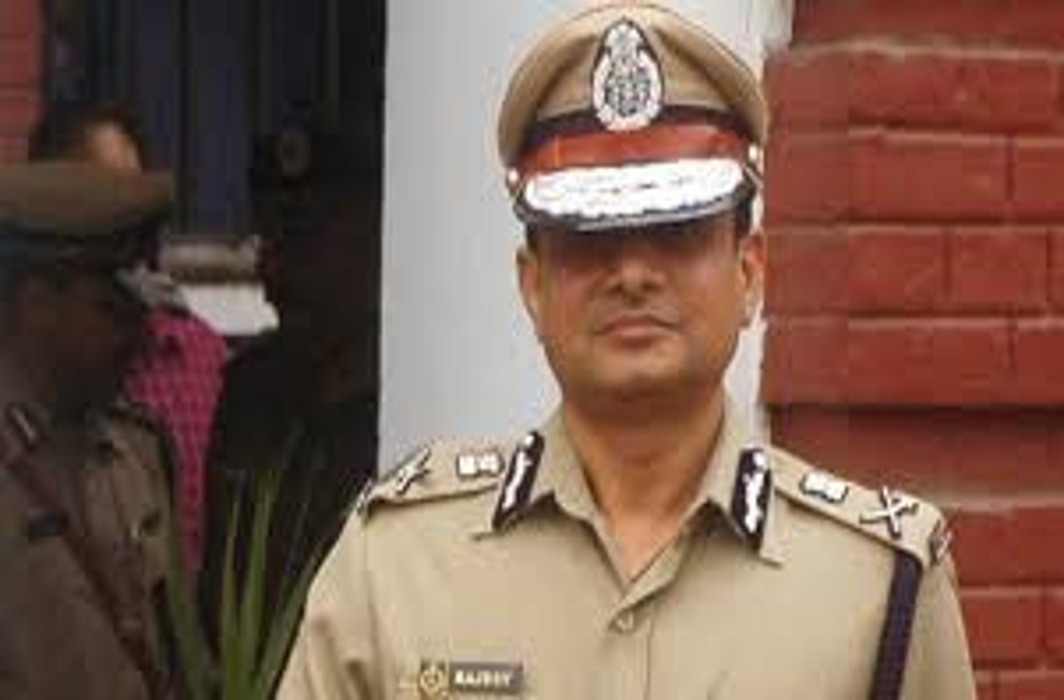 Hours after the Supreme Court today said that Kolkata police commissioner Rajeev Kumar cannot be arrested but will have to cooperate with CBI in investigation in chit fund scam, the Union Ministry of Home Affairs (MHA) asked Mamata Banerjee government to initiate disciplinary proceedings against him for indiscipline and violation of All India Services (Conduct) Rules.

The West Bengal Governor Keshari Nath Tripathi had yesterday sent a report to Union Home Minister Rajnath Singh on the prevailing situation in Kolkata. A report in The Times of India (TOI) said the report said that the CBI officers were “manhandled, intimidated and obstructed” by Kolkata police on Sunday evening when they had gone to Kolkata top cop’s residence to question him in connection with the Saradha chit fund scam.

The MHA, in a letter to the West Bengal chief secretary, said that Kumar violated All India Services (Discipline & Appeal) Rules, 1969, by sitting on a dharna along with some police officers and the Chief Minister at the Metro Channel in Kolkata. “Rajeev Kumar flouted provisions of the Rules 3(1), 5(1) and 7 of the AIS (Conduct) Rules, 1968,” the MHA letter said.

“7. Criticism of Government –No member of the Service shall, in any radio broadcast or communication over any public media or in any document published anonymously, pseudonymously or in his own name or in the name of any other person or in any communication to the press or in any public utterance, make any statement of fact or opinion,

“i. which has the effect of an adverse criticism of any current or recent policy or action of the Central Government or a State Govemment; or

“ii. Which is capable of embarrassing the relations between the Central Government and any State Government; or

“iii. which is capable of embarrassing the relations between the Central Government and the Government of any Foreign State.”

The Supreme Court had earlier in the day restrained the Central Investigation Bureau (CBI) from taking any coercive action against Kumar even though it directed the Kolkata Police chief to appear before the probe agency for questioning.

The CBI has alleged that Kumar, who headed the Special Investigation Team (SIT) that was formed by the state in April 2013 to probe the Saradha chit fund scam, destroyed electronic evidence related to the ponzi scam cases.

On Monday, the MHA said it was “closely monitoring the situation” in West Bengal after the CBI’s move to question Kumar on the chit funds scam in the state that led to a standoff with the government even as the CM sat on a dharna to protest against the move.

The Home Ministry officials had said it would examine the role of some IPS officers in the alleged obstruction of the CBI team. The MHA is the cadre-controlling authority of the IPS.

Mamata Banerjee has accused the BJP and union government of misusing the CBI for political vendetta against her government.

Former MHA officials who have dealt with Centre-State relations told News18 that the MHA action appears to be more for optics.

“State government is not rule bound to take action as asked for by the MHA. Home affairs is the cadre controlling authority but since he is working with the state government now they can make their own assessment,” said MHA official who did not wish to be named, News18 reported.

Officers close to Rajeev Kumar disputed the charge that he was sitting on dharna. They argued that as a city police commissioner he was present during the investiture ceremony and did not criticise the government even when he was on stage.

The Bengal CM has alleged that NSA chief Ajit Doval was “giving instructions” to CBI and PM Modi to take action against TMC leaders and policemen.

The Trinamool Congress chief further said that it was her duty to protect her officers. “The CBI came to Rajeev Kumar’s house without a search warrant. How audacious it was? They are playing with the Constitution. I will not tolerate this,” she said.