Wait What! Jacqueline Fernandez shooting with 365 actor Michele Morrone in Dubai, details inside 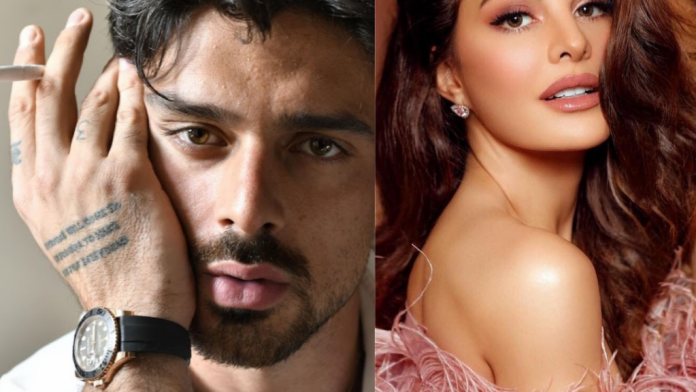 Actor Jacqueline Fernandez and a famous actor Michele Morrone who has already won millions of hearts from all over the world from acting skills in his debut Netflix movie 365 reportedly working together for a project.

A fan page of Jacqueline on Instagram has shared the video of her posing with Morroneon Friday. In the videos, it can be seen that Bhoot Police actor posing with him, while Morrone can be seen holding her from the back, giving intense looks to the camera.

In the video, Fernandez was seen wearing a golden high slit gown and Morrone was seen wearing a black suit, looking dapper as usual. A short clip went viral on all the social media platforms in no time, where fans going crazy over the short video.

This is the first time an Italian actor has collaborated with any Bollywood actor for a project. No doubt, the chemistry between the two raising the raising temperature of Dubai already. Fans getting excited and can’t wait for the final project’s final product.

On the work front, Jacqueline Fernandez was last seen in Bhoot Police, which was directed by Pawan Kripalani. Currently, The actor is working on her upcoming movie Cirkus, directed by Rohit Shetty and Ram Setu, which is expected to release next year.

Italian actor, Michele Morrone has gained a lot of popularity by playing a role of a Don in Netflix’s movie 365 Days. Reports said that Bollywood producer, director, Karan Johar is planning to cast him for his upcoming big Bollywood project, however, there is no confirmation for the same as of now.

Indian Institute of Management, Ahmedabad (IIM) has published the answer key for Common Admission Test (CAT) 2021 today on December 8, 2021. At iimcat.ac.in, candidates who took the IIM CAT can access and get the answer key.
Read more
Load more