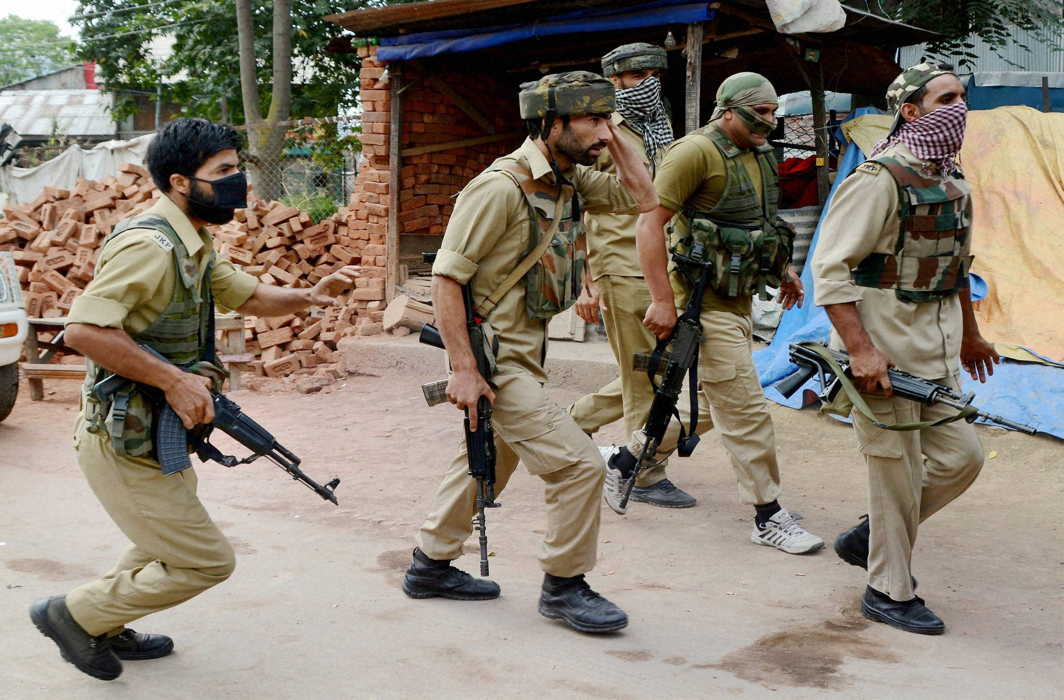 Suspected Hizbul Mujahideen militants abducted three policemen, two of them special police officers (SPOs), on Thursday night and killed them hours later in south Kashmir’s Shopian, the hotbed of militancy in the state. A fourth person, brother of a policeman, who had also been abducted was, however, released on Friday morning. The four had been kidnapped from their houses in Shopian’s Kapran village, reported Hindustan Times (HT).

After the incident, four other SPOs resigned on Friday out of fear, CNN-News18 reported.

The bodies were recovered from an orchard in Wangam area, more than a kilometre from the village the policemen were abducted from.

A Twitter handle purportedly belonging to the Hizbul Mujahideen group has claimed responsibility for the abduction and killing, according to PTI. The incident comes days after the outfit threatened officers to either quit government jobs or face death.

Hizbul Mujahideen, had recently delivered what it had called was the “final warning” to the special police officers, or SPOs, to quit by September 19.

A major search operation had also started in Shopian after the bodies were found.

Nissar Ahmed was working with the armed police, Firdous Ahmed, who was under the process of being converted to constable, served in the Railways. Kulwant Singh was posted with Kulgam police.

The terrorists had also kidnapped the brother of a police constable but he was released later.

There has been a spike in incidents of attacks on security personnel and their families in recent months that is seen as part of an effort to demoralise them.

Last week, suspected militants killed a 45-year-old army man, who was home to mourn the death of his teenage son in Kulgam.

In June, Army soldier Aurangzeb was abducted from a private vehicle when he was going home for Eid in Shopian. His body was recovered from a Pulwama village.

These abductions and killings come nearly three weeks after terrorists had abducted and released relatives of policemen from various places in south Kashmir.

At least eight people whose relatives worked in Jammu and Kashmir Police were abducted on the night of 30 August.

Hizbul Mujahideen commander Riyaz Naikoo had purportedly claimed responsibility for the abductions in a 12-minute video, issuing a three-day deadline for the release of all the relatives of terrorists who were in police custody.

The 30 August abductions happened after the NIA arrested the second son of globally-wanted terrorist Syed Salahuddin, leader of the Hizbul Mujahideen group. Salahuddin’s son was arrested on charges of receiving secret funds.

Former Jammu and Kashmir Chief Minister Mehbooba Mufti took to Twitter and attacked the Centre over the incident, saying the “centre’s muscular policy” was clearly not working at all.

“Three more policemen have lost their lives to militant bullets. Outrage, shock and condemnation will be expressed by all of us on expected lines. Unfortunately, it brings no solace to the families of the victims. Clearly, with the rise in kidnapping of police personnel and their families, centre’s muscular policy is not working at all. Dialogue, the only way forward seems to be a distant dream for now,” she wrote.

The home ministry says in last two months, security forces have been able to break down much of the local support structure of terrorists. “They are getting alienated as villagers are not supporting these abductions so these are desperate measures,” NDTV reported an official as saying.

The rise in kidnappings of security personnel comes as the state heads to local body elections in October and November. While the PDP and National Conference have decided to stay away from the polls to protest what they call a threat to Article 35A of the Constitution, separatist groups have asked the “freedom-loving people” of Kashmir to observe a complete boycott, said the NDTV report.

Article 35A bars outsiders from acquiring land in Jammu and Kashmir.

The security of the candidates contesting in the local body polls has become a huge concern, say sources. Intelligence agencies have warned of increased violence during this period. The newly-appointed police chief of Jammu and Kashmir, Dilbag Singh, on Monday, directed his officers to be fully prepared to ensure peaceful and smooth urban local bodies and panchayat polls in the state.