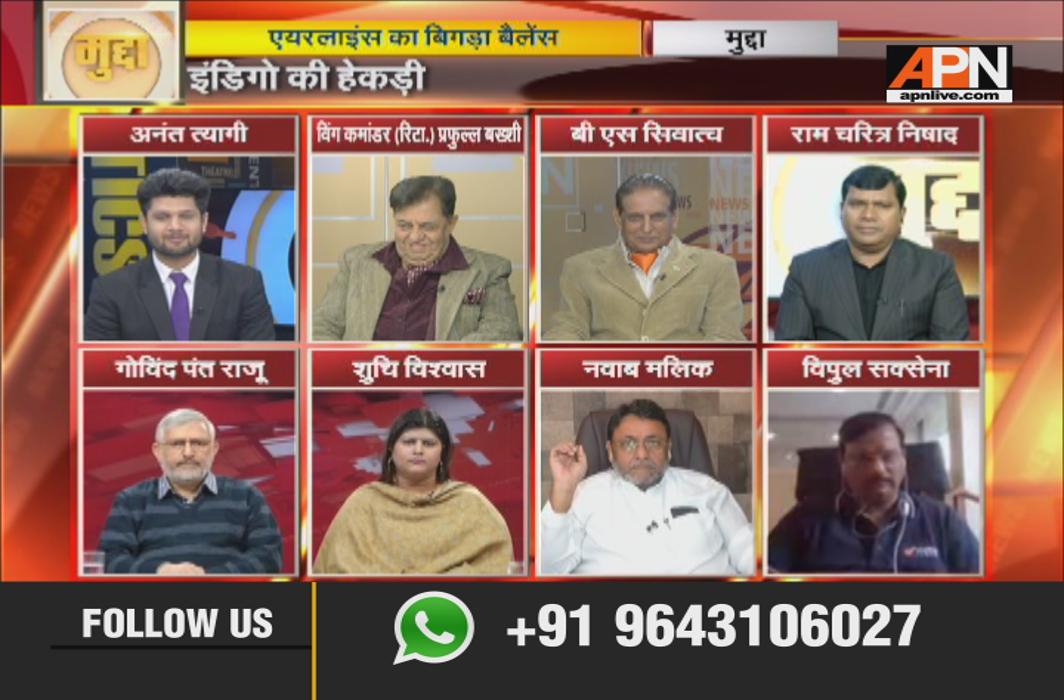 IndiGo has got a bad rap for telling a parliamentary panel that young people in India did not have the talent required to work in a consumer-facing industry and people hired from “mohalla/village schools” could not be trained to speak fluent English in four or five weeks. The panel “completely disagreed” with its view.

This is controversy no. 3 for IndiGo. Earlier, it hit the headlines when one of its ground staffers got into a scuffle with a passenger. A month later, shuttler PV Sindhu, too, became the target of the misbehaviour of another ground staff.

IndiGo is an American airline operating in the Indian market and profiting from it. There is no deficiency in the Indian government’s education system or our social and cultural values, said Nishad.

Raju felt IndiGo president Aditya Ghosh’s statement was a slight to Indian asmita. “This is a slight to the Indian pride and our social structure. It’s also a slight to the various Indian languages and literatures. The flying staff has different training from ground staff. A 10 plus 2 pass is the minimum qualification for recruitment. Then you train them for six months. Still, if there is deficiency, then there is a problem with IndiGo’s recruitment culture, even endangering the lives of fliers. In effect, you are acting irresponsibly and flinging the blame on others. This is a serious issue and it is a dual offence on the part of IndiGo,” he said.

Bakshi said IndiGo has been suffering from various problems. “I would insist that a villager is more polite than a city slicker because he respects his elders. It is city life which pollutes him. I would blame the monitoring system within the airline for such indiscipline,” he opined.

Malik said private airlines have expanded the domestic air travel market. “The issue is that recruitments are outsourced,” he observed.

The Congress spokesperson said IndiGo should own responsibility for the behaviour of its staff. “A mere assurance that such an incident will not be repeated is not enough. It should go for a self-assessment. Politeness is a criterion for recruitment in the hospitality industry. PV Sindhu is no irresponsible citizen. We must take her complaints seriously,” she said.

Siwatch held that the IndiGo management has “become arrogant as they are the no. 1 airline in the country”. “This attitude seeps into the employees. The behaviour of the ground staff is worse than that of flight staff. That there have been not one but three incidents clearly shows that the airline is at fault. Ghosh had to apologise for his statement,” he said.

“There are differences in the standard of service offered by various airlines. But IndiGo’s behaviour is unconscionable. The DGCA should crack down on it. Moreover, there should be a super-authority over DGCA to implement a policy of checks and balances,” he said.