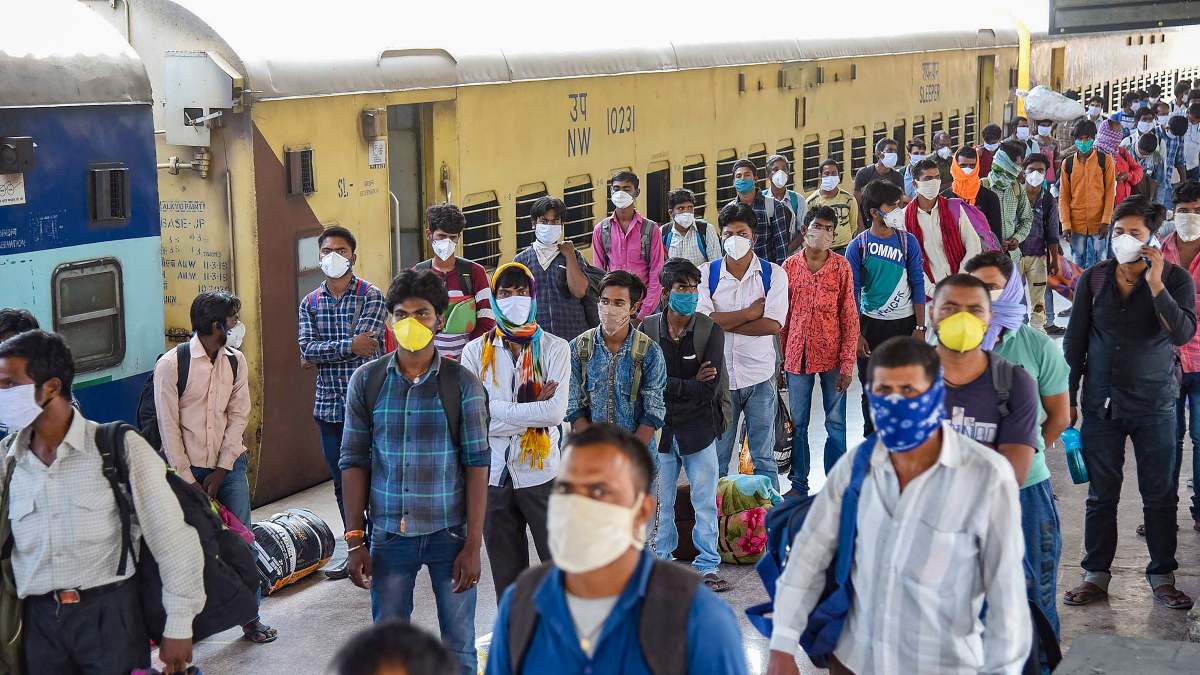 The National Human Rights Commission (NHRC) has issued notice to Chief Secretaries of Gujarat and Bihar, Chairman, Railway Board and Union Home Secretary calling for a detailed report over the hardships being faced by migrant workers due to misdirected special trains.

Seeking response within four weeks, the NHRC asked the Chief Secretaries of the Government of Gujarat and Bihar to specifically inform as to what steps were taken to ensure basic facilities including medical facilities for the migrant labourers who boarded the trains.

The NHRC took suo motu cognizance of media reports that the trains which are ferrying the migrant labourers are not only starting late but are taking many additional days to reach the destination.

The Commission has observed that the contents of the media reports, if true, amount to gross violations of human rights.

“The Rail network in India is the largest in the world and well equipped with modern technology, trained staff and other infrastructure. A train getting late due to bad weather etc. for some hours is always considered beyond the control of the authorities but trains getting lost during a journey, reaching unexpected destinations and taking more than a week to reach its scheduled station is hard to believe and require a thorough investigation into the matter,” the Commission observed.

“In one of the reports, it is alleged that many migrant labourers lost life during their journey by train due to longer duration and no arrangements for drinking water and food etc,” it added.

Reportedly, two persons died in Muzaffarpur and one each in Danapur, Sasaram, Gaya, Begusarai and Jehanabad in Bihar including a 4-year-old boy. All of them have reportedly died due to hunger. In another incident, a train reportedly started from Surat district in Gujarat for Siwan in Bihar on 16.05.2020 and reached Bihar on 25.05.2020 i.e. after 9 days.

The NHRC also observed though train services have been started but the sufferings of the poor labourers are not seemingly coming to an end.

“There have been several media reports stating that in many cases, the labourers are being called to board the train. They are brought to the railway stations in buses without maintaining social distancing. They are put to wait for hours without any arrangements of drinking water, food, shaded shelter and toilets for them. The female labourers, old aged persons, ill persons, small children and specially-abled persons are reportedly suffering a lot. Many times the poor labourers have been told to go back as the trains got cancelled,” the Commission stated.