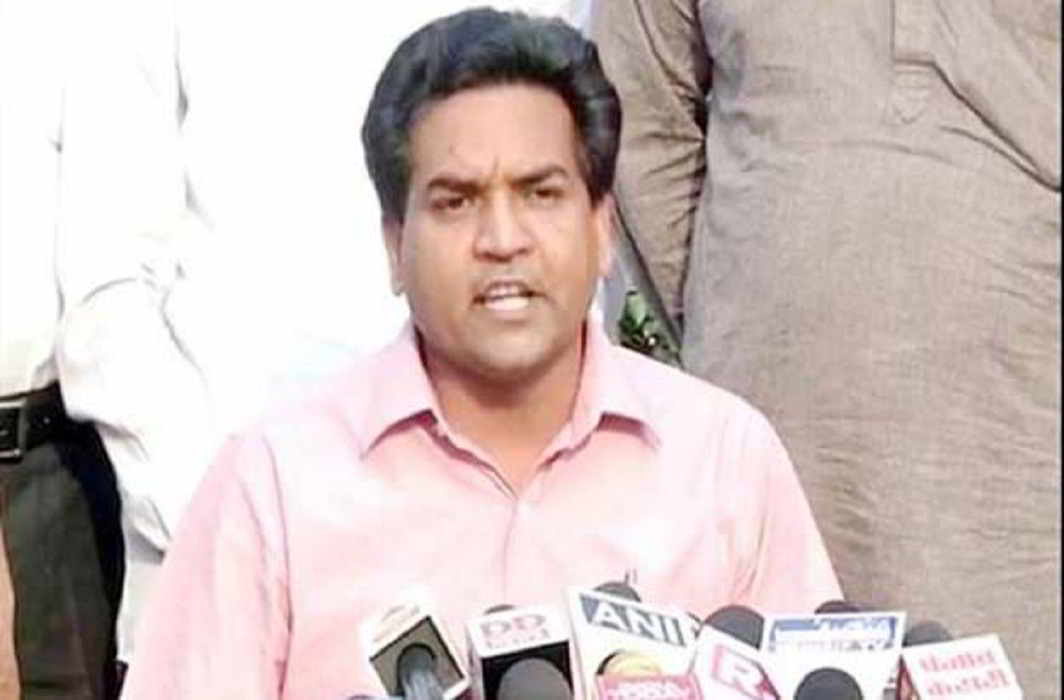 Suspended Aam Aadmi Party leader Kapil Mishra, who ended his week-long hunger strike on Monday, has announced that he will approach the Central Bureau of Investigation on Tuesday to file corruption cases against Delhi Chief Minister Arvind Kejriwal.

Mishra, who was discharged from Ram Manohar Lohia Hospital on Monday where he was admitted post his collapse during a press conference on Sunday, said that he would go to CBI and CBDT (Central Board of Direct Taxes) to file the charges.

“Doctors won’t discharge me until I start taking liquids. I have to go to CBI (Central Bureau of Investigation) and CBDT (Central Board of Direct Taxes). Starting on liquids now,” the ousted minister tweeted before ending his fast.

“Tomorrow (Tuesday) case of hawala, black money, money laundering and operating through shell companies will be filed in CBI and CBDT against Arvind Kejriwalji,” he said in another tweet.

Mishra attacked AAP chief Kejriwal over the corruption allegations, saying, “Foundation laid on lies was rattled. And hence those who spread lies were hiding inside their houses.” “The people with black money are unable to understand the request of truth,” he added.

The Karawal Nagar MLA had been on an indefinite hunger strike since May 10 demanding details of foreign trips made by five top party leaders—Sanjay Singh, Ashish Khetan, Raghav Chadha, Satyendar Jain and Durgesh Pathak—in the last two years. He earlier alleged witnessing Kejriwal receiving a Rs 5 crore bribe from Jain who allegedly helped the chief minister’s relative settle a Rs 50-crore farmhouse deal and also accused the CM of delaying the probe into the Rs 400-crore tanker scam.

On Sunday, Mishra alleged that AAP is lying to the Election Commission about donations and laundering money through 16 shell companies, which was immediately rebuffed by the party. AAP hit back, saying that the charges represented a “conspiracy” by the BJP.