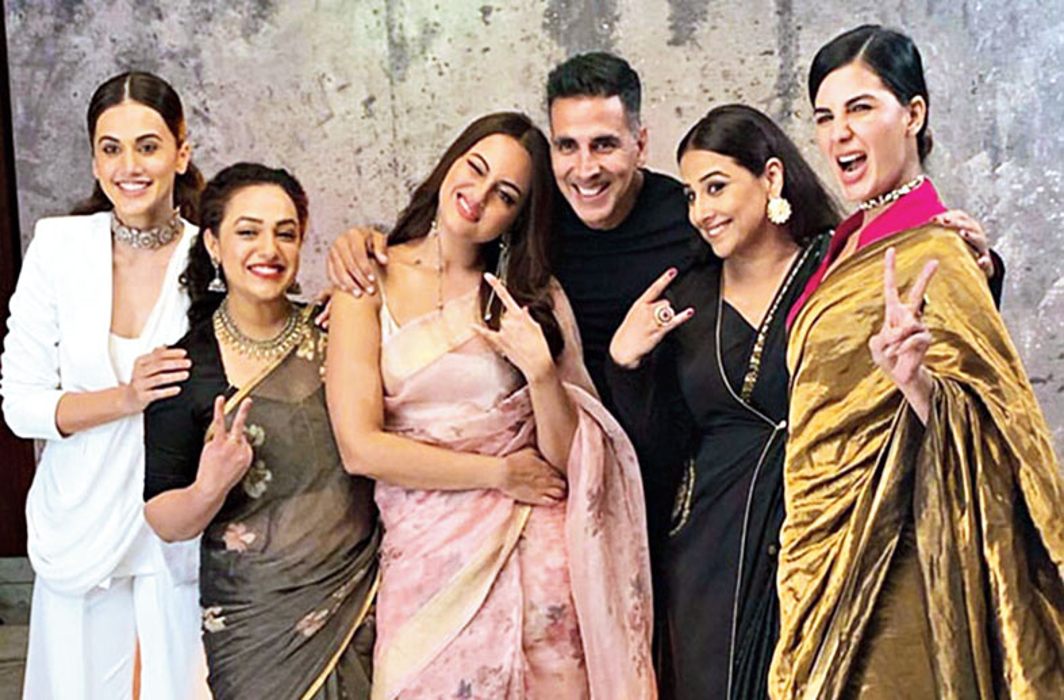 After Independence Day blockbusters such as Rustom, Gold, Akshay Kumar is set to take on the Box Office with yet another movie, this time about space exploration.

While talking about the female-dominated cast, Akshay had said to Press Trust of India they are the real heroes of Mission Mangal, “The script demands them to be ahead. They are the real heroes. I am supposed to be behind them even though I am producing it. I am very happy to see these five girls, who are very big in their own way, and are not bothered that there are five of them in the film, come together.”

Mission Mangal not only narrates a beautiful story of ISRO‘s achievements, but also tells it in a highly entertaining manner. VFX is praiseworthy and the Indian tricolour being subtly shown on the satellite running in space suggest that the director gave much attention to cinematography.

Talking about the performance by the actors, everyone gives their best. All the leading ladies: Vidya Balan, Sonakshi Sinha, Tapsee Pannu, Kirti Kulhari and Nithya Menen did their job well.

Overall it is a well-balanced and well-made film that is mixed with the right amount of humour and emotion. The film is not unnecessarily dragged, never ceases to entertain, and it brings in a sense of pride for our nation.