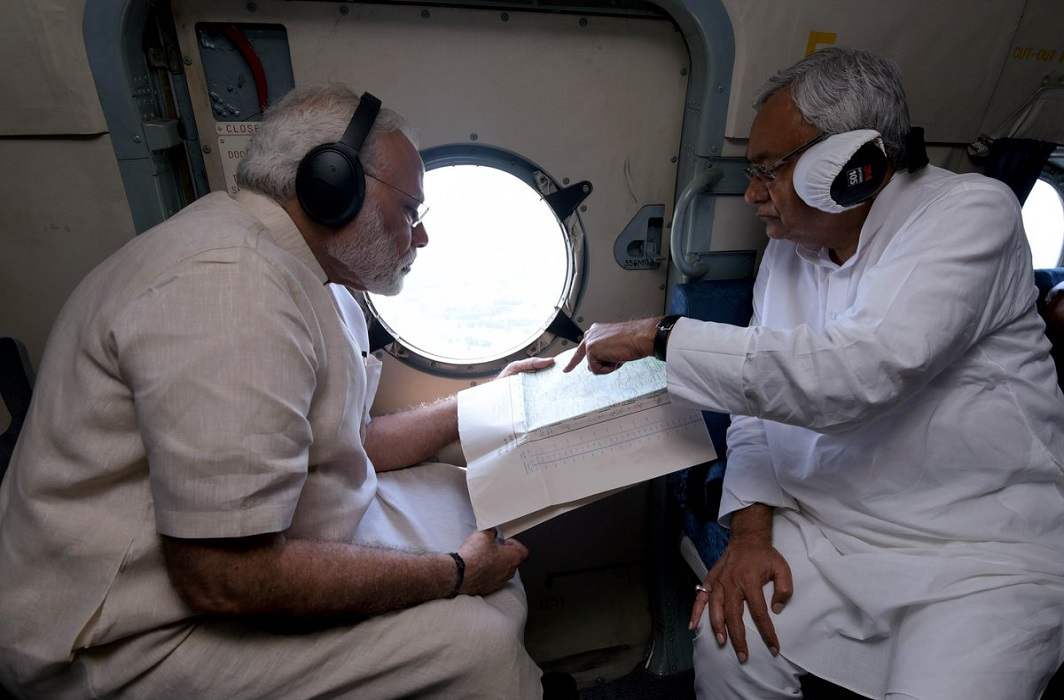 Prior to the survey, Modi chaired a review meeting in Purnia to take stock of the situation and the ongoing relief work.

The PM assured Bihar CM of all possible assistance for relief measures and said that a central team will be sent to assess the damage done by the flood.

RJD chief Lalu Yadav has questioned the timing of PM’s Bihar visit and accused Nitish Kumar of engineering the floods.

“Why is he visiting the state when the flood is already over and the floodwaters are receding,” Yadav sought to know.

“Floods did not occur itself in Bihar it was brought by engineers of Nitish Kumar by diverting dams,” he said.

Terming PM’s visit as a drama, Yadav asked the Prime Minister Narendra Modi as to where he was when nearly 400 people died and lakhs of people were forced to flee their homes.

Notably, Lalu Yadav’s RJD is organizing “Bharat Bachao-BJP Bhagao” rally in Patna’s Gandhi Maidan in a bid to unite anti-BJP parties ahead of the 2019 Lok Sabha election. However, the purpose of it seems to have failed as several top leaders of the opposition camp have either refused the proposal or nominated a lower rank leader for the rally.

In one of worst floods in recent years, atleast 300 people have lost their lives and over 7 lakh people have been displaced.

Assam and Bihar Floods destroy lives of over a Crore