Home Latest Politics News Modi govt to return with nearly same tally as 2014, according to... 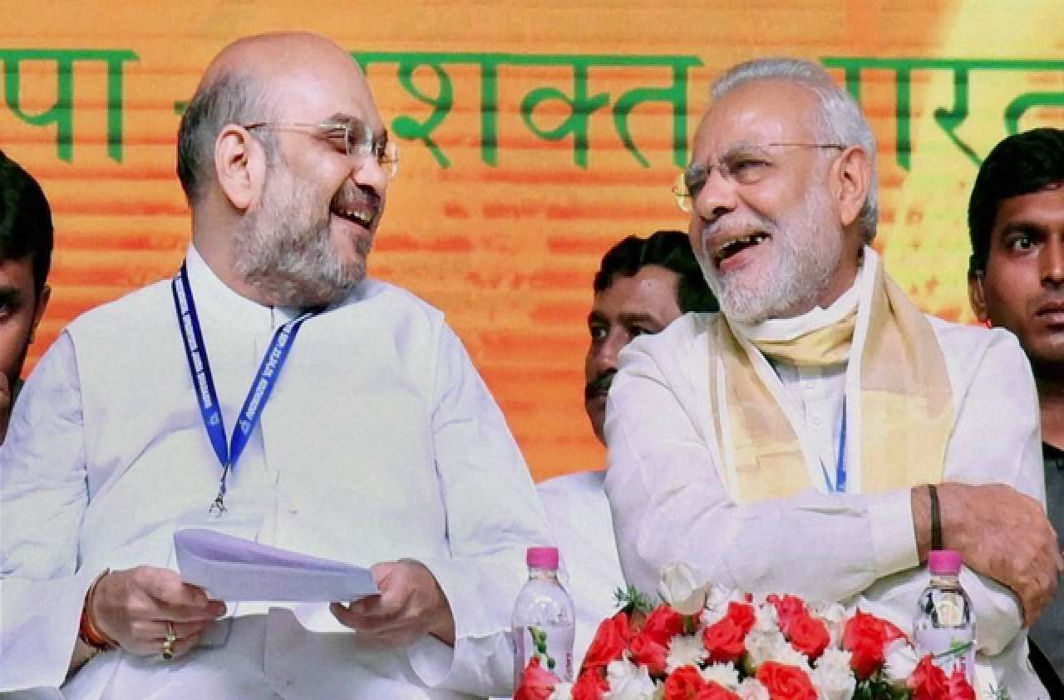 The exit polls for 2019 Lok Sabha polls, as eagerly awaited as the intensity with which the elections were fought, unanimously predicted a return of Prime Minister Narendra Modi’s BJP-led NDA government with a tally of over 300 seats together.

Results of exit polls started pouring in from 6.30, as voting for the most bitterly fought Lok Sabha election stretching over seven-phases and one-and-a-half months concluded today (Sunday, May 19). The pollsters were yet to provide final tally including the latest figures after today’s vote.

The poll of polls, an aggregate of exit polls compiled by NDTV, gives the NDA 298, the Congress and its allies 128.

Three exit polls have predicted a big win for the NDA. Two exit polls said the BJP-led NDA will win more than 300 seats and return to form its second successive government.

According to Republic-Jan Ki Baat exit poll, the NDA is set to bag 305 seats, while the UPA will manage only 124. The SP-BSP combine, which shed 24 years of animosity to seal a pact, is set to mark victory on 26 seats only.

The Times Now exit poll predicts 306 seats for the NDA, 132 for UPA, while 104 seats are likely to be bagged by other parties.

The Republic CVoter has precited 287 seats for the NDA, 128 for the UPA, while 40 seats have been predicted for the SP-BSP combine.

Here are the predictions released by pollsters till now:

Here are some of the state-wise results available so far:

Republic TV  gives TMC 29 and a significant 11 to BJP-NDA.

Chanakya’s prediction for Madhya Pradesh is a repeat of 2014 results, giving 27 seats to BJP and 2 to Congress.

In Andhra Pradesh, according to India Today-Axis, YSR Congress is expected to win anywhere between 18 to 20 seats while TDP will be down to 4 to 6 seats.

However, exit polls have often proved to be unreliable in the past.

In 2014, the poll of exit polls – an aggregate of various exit polls – gave the BJP-led National Democratic Alliance (NDA) 288 of the 545 seats in parliament and the Congress-led UPA 102.

Also Read: I will be assassinated like Indira Gandhi: Arvind Kejriwal

The gap turned out to be far wider. The NDA won 336 seats while the UPA, which had been in power for two straight terms, was reduced to 59.

The results of the Lok Sabha elections will be out on May 23.