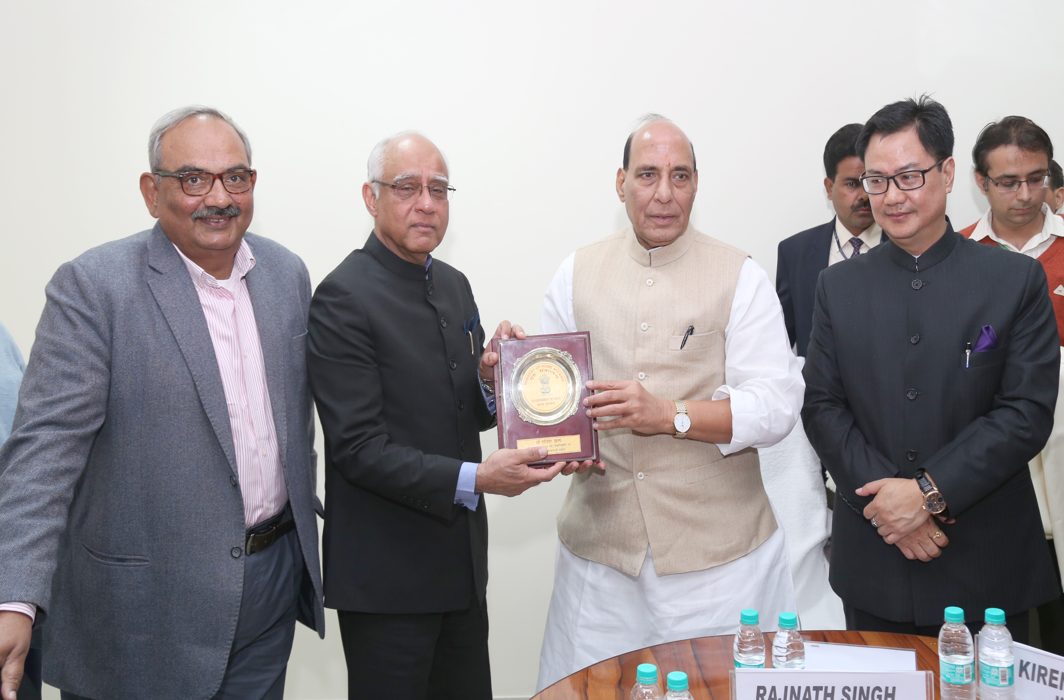 Nearly three years after it tried to adopt a hard-line and often controversial stance to find a resolution to the ‘Kashmir crisis’, including its support to security agencies to use pellet guns and even human shields, Prime Minister Narendra Modi’s government seems to have finally taken a step back, opting instead for a “sustained dialogue” with all stakeholders.

Union home minister Rajnath Singh, on Monday, announced that the government has appointed Dineshwar Sharma, a former intelligence bureau chief, as its interlocutor for Jammu and Kashmir. The appointment can be seen as a revival of a UPA-era move when Dr Manmohan Singh had nominated the late Dilip Padgaonkar, a senior journalist, academician Radha Kumar and former information commissioner MM Ansari as the Centre’s interlocutors on Kashmir,

In a move that reflects the sentiments of a broad spectrum of people with an interest in Kashmir – political parties, security agencies, locals and even the separatists – Singh declared that Dinsehwar Sharma’s brief would be to hold a “sustained dialogue” with all stakeholders, “including Kashmiri separatists” and that the former IB chief will have “complete freedom” to carry out this task.

“There is no bar on him to talk to one group and not another… We want to understand aspirations of people of Jammu & Kashmir,” said the home minister, who had last month claimed that the Centre would resolve the Kashmir issue by 2022.

This is the first concrete attempt by the Modi government in three years to reach out to Kashmiris and comes after a particularly-focussed offensive by security agencies anchored from Delhi to crack down on foreign funding for separatists. In Srinagar, police and army teams have taken out dozens of local commanders of terrorist groups active in the Kashmir Valley. The move also addresses recurring criticism of the central government’s high-handed approach in tackling the problems of Kashmir from the prism of security operations without a matching political outreach.

Expectedly, the move was welcomed by the two key political players in Jammu and Kashmir – chief minister Mehbooba Mufti’s People’s Democratic Party (PDP), with which the BJP is in alliance, and former J&K chief minister Farooq Abdullah’s National Conference.

Welcome the initiative of Union Government, appointing an interlocutor for leading a sustained dialogue with stakeholders in Jammu & Kashmir.

Dialogue is a necessity of the hour and the only way to go forward.

Mehbooba Mufti’s predecessor and National Conference leader Omar Abdullah, while welcoming the Centre’s decision also took a veiled dig at the Modi government’s apparent retreat from its hitherto hard-line stand on the way in which it tried to look for peace in the restive state. In a series of tweets, Omar said that while he “will keep an open mind and wait to see the results of the dialogue process”, he added that the very acceptance of the “political nature of the Kashmir issue is a resounding defeat of those who could only see use of force as a solution.”

The “legitimate aspirations” of people of J&K is an interesting formulation. Who gets to decide what is legitimate? https://t.co/Qa97vrntuh

The acceptance of the political nature of the #Kashmir issue is a resounding defeat of those who could only see use of force as a solution.

Last week, Jammu & Kashmir’s Director General of Police, Shesh Paul Void had impressed upon the need for a “political initiative” by the central government to resolve the Kashmir crisis that has been raging on for decades and that the government must take steps to prevent “jobless” youth from being “influenced by a lot of unwanted and dangerous stuff”.

“There is no doubt that there is a need for a political initiative. Whether there is one going to be taken soon, I am ignorant about it. But I think some progress is happening. Political initiative is the need of the hour,” Vaid had told The Indian Express.

Vaid’s views on the need of a political initiative along with demands for a sustained dialogue as a means of conflict resolution have been repeated by senior officials of other security agencies, including those of the Indian Army, from time to time.