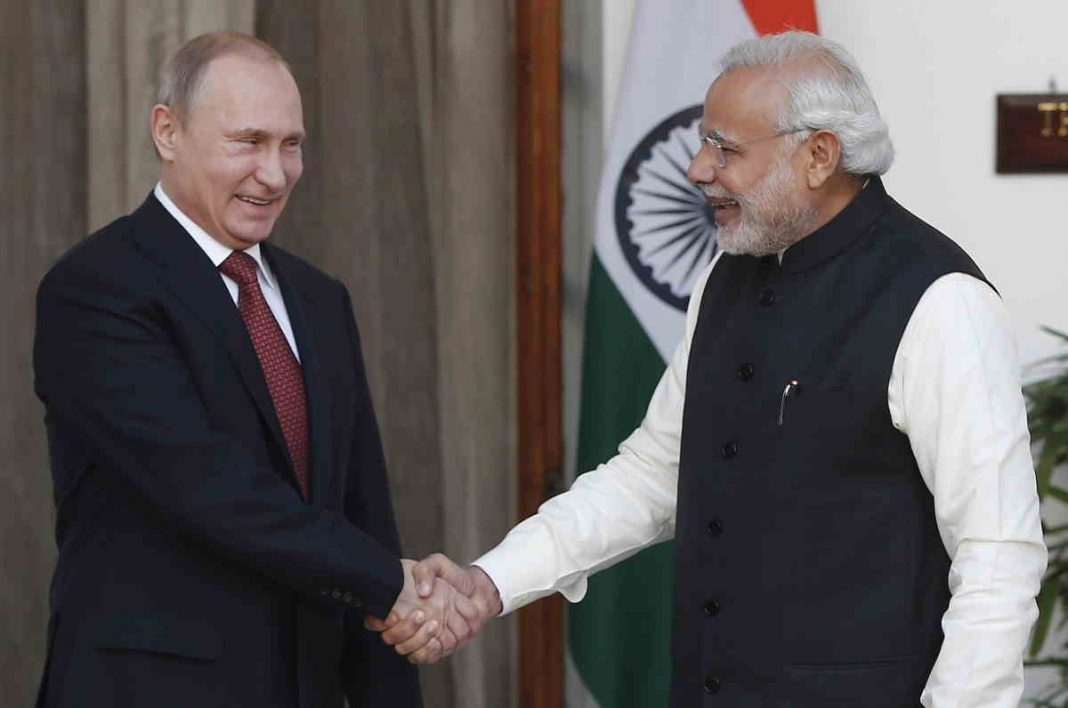 Prime Minister Narendra Modi arrived in St. Petersburg, Russia on the third leg of his four-nation tour on Wednesday evening. On Thursday, Narendra Modi is scheduled to meet Russian President Vladimir Putin for the India-Russia bilateral summit. The two countries are expected to sign an agreement for two more nuclear units for the Kundankulam nuclear power plant which has been built with Russian help.

Indian sources disclosed that last minute talks were underway with Russian officials to work out the language of the agreement on a line of credit for building units 5 and 6 of nuclear power plant in Tamil Nadu.

Pankaj Saran, India’s Ambassador to Russia, was quoted as saying, “The leaders will take stock of the current relationship and discuss a blueprint for a vision of the future.”

St. Petersburg is a Russian port city on the Baltic Sea. It was the imperial capital for two centuries. It was founded in 1703 by Peter the Great, subject of the city’s iconic “Bronze Horseman” statue. It was also famous during World War II as Leningrad, the siege of which turned the fortunes of Nazi Germany leading to its defeat at the hands of Soviet troops.