Home Latest india news Only those who keep India clean have right to say Vande Mataram:... 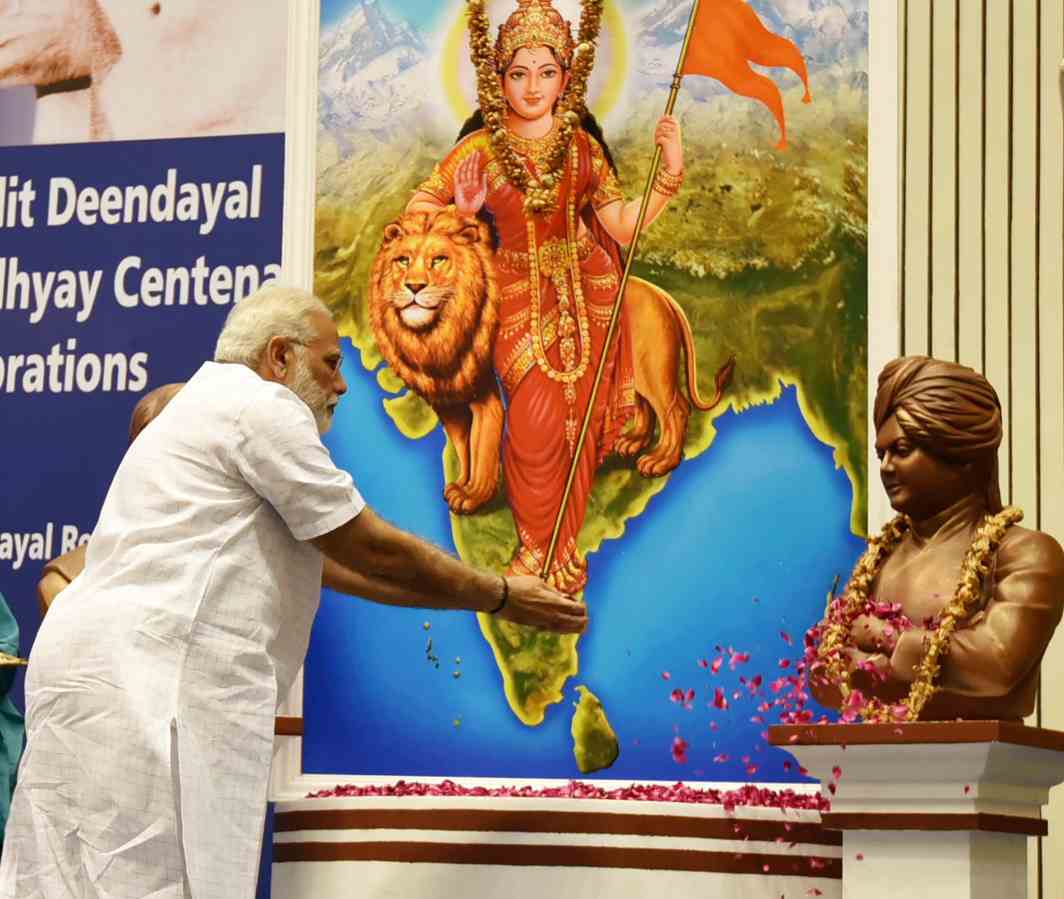 Commemorating the 125th anniversary of spiritual leader Swami Vivekananda’s iconic speech that he delivered at the World Parliament of Religions in Chicago, US in 1893, Prime Minister Narendra Modi, on Saturday, sought to project a tolerant and moderate image of his government and himself while addressing students at the Vigyan Bhawan in New Delhi.

The speech was also relayed to students in schools, colleges and universities across the country – with only Mamata Banerjee’s Bengal officially refusing to follow the Centre’s purported orders to do so.

In his address, a part of the BJP’s year-long event calendar for BJP icon Deen Dayal Upadhyay’s centenary celebrations, while Modi expectedly steered clear of the raging controversy over a section of his party and trolls he follows on Twitter condoning the recent murder of senior journalist Gauri Lankesh, he used his flagship Swachh Bharat mission to reach out to marginalised sections of the country’s population.

A person has no right to chant Vande Mataram if he does not care about cleanliness and disrespects women, the Prime Minister said while underlining the need for social change with his new slogan – “follow the rule and India will rule”.

The Prime Minister dwelled little on the substance of Vivekananda’s speech that he was trying to commemorate. However, he did pay his homage to the renowned spiritual leader by calling attention to the enormous irony between the common date that marks the 2001 al-Qaeda attacks on America’s World Trade Centre and Pentagon (which came to be known as the 9/11 attacks) and Vivekananda’s September 11, 1893 address.

“Before the 2001 terror attacks, there was another 9/11, when a young man from the country, wearing saffron clothes (a reference to Vivekananda but with a subtle reference to the BJP’s colour of choice), won over the world with just few words. The 9/11 of 1893 was about love, harmony and brotherhood while the other 9/11 was about the message of destruction,” Modi said.

Emphasising on the need for harmony in our cultural and regional diversity, the Prime Minister said: “Universities these days celebrate many ‘days’, like Rose Day etc. I have no problems with that. But how about a college in Haryana celebrating ‘Tamil Day’, when students eat Tamil Nadu’s food, dress like Tamils and sing their songs? That is true unity in diversity.”

The 9/11/1893 Chicago speech of Vivekananda had impressed upon tolerance among religions – a fact that Modi failed to highlight despite the growing criticism of his party and government over their alleged tacit support and protection to Hindutva mobs and cow vigilantes and their role in fomenting communal tensions. 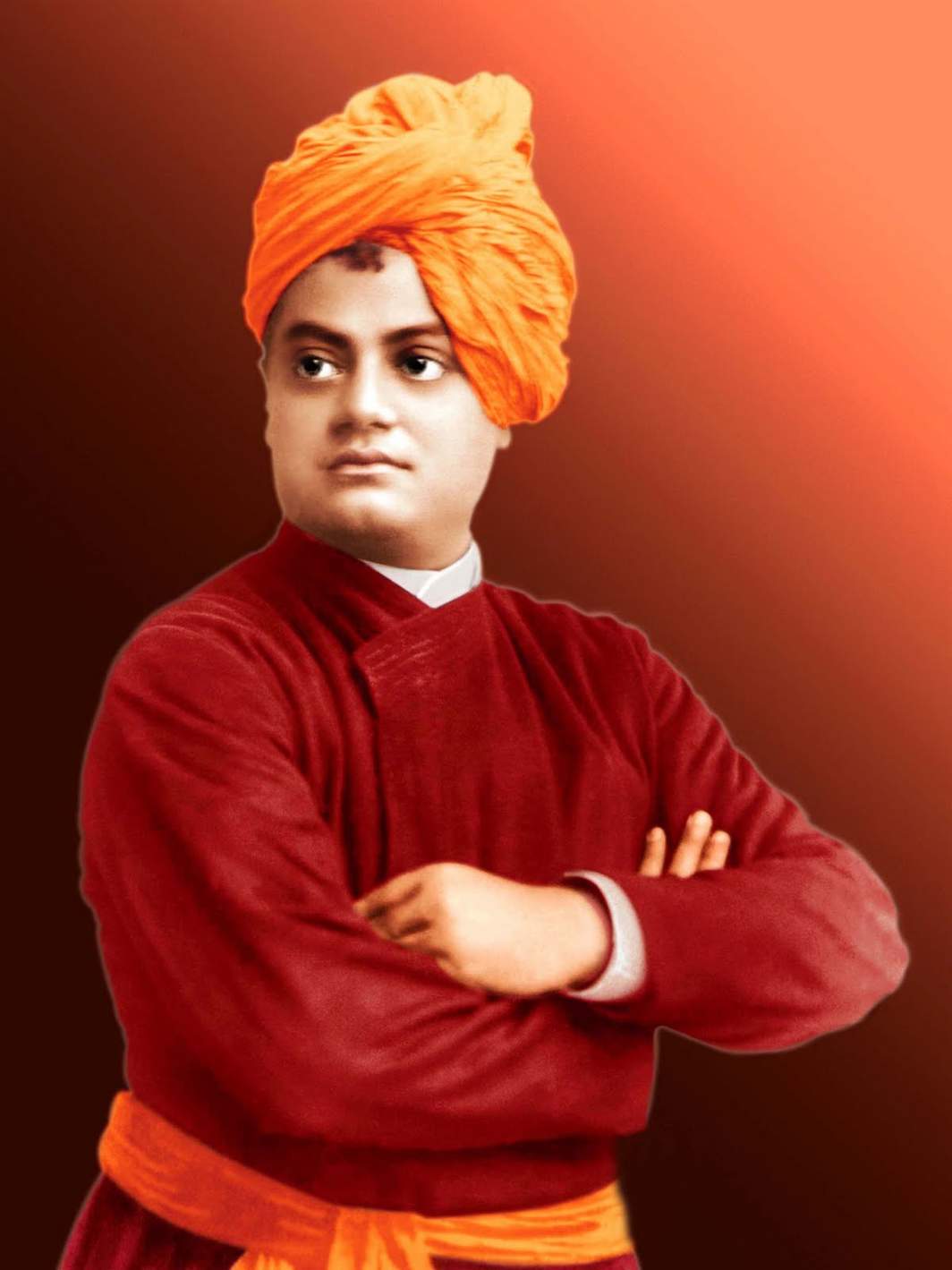 Mentioned below is the full text of Swami Vivekananda’s speech at the World Parliament of Religions held in Chicago, USA on September 11, 1983:

Sisters and Brothers of America,

My thanks, also, to some of the speakers on this platform who, referring to the delegates from the Orient, have told you that these men from far-off nations may well claim the honor of bearing to different lands the idea of toleration. I am proud to belong to a religion which has taught the world both tolerance and universal acceptance. We believe not only in universal toleration, but we accept all religions as true.

I am proud to belong to a nation which has sheltered the persecuted and the refugees of all religions and all nations of the earth. I am proud to tell you that we have gathered in our bosom the purest remnant of the Israelites, who came to Southern India and took refuge with us in the very year in which their holy temple was shattered to pieces by Roman tyranny. I am proud to belong to the religion which has sheltered and is still fostering the remnant of the grand Zoroastrian nation.

I will quote to you, brethren, a few lines from a hymn which I remember to have repeated from my earliest boyhood, which is every day repeated by millions of human beings: “As the different streams having their sources in different paths which men take through different tendencies, various though they appear, crooked or straight, all lead to Thee.”

The present convention, which is one of the most august assemblies ever held, is in itself a vindication, a declaration to the world of the wonderful doctrine preached in the Gita: “Whosoever comes to Me, through whatsoever form, I reach him; all men are struggling through paths which in the end lead to me.”

Sectarianism, bigotry, and its horrible descendant, fanaticism, have long possessed this beautiful earth. They have filled the earth with violence, drenched it often and often with human blood, destroyed civilization and sent whole nations to despair. Had it not been for these horrible demons, human society would be far more advanced than it is now. But their time is come; and I fervently hope that the bell that tolled this morning in honor of this convention may be the death-knell of all fanaticism, of all persecutions with the sword or with the pen, and of all uncharitable feelings between persons wending their way to the same goal.