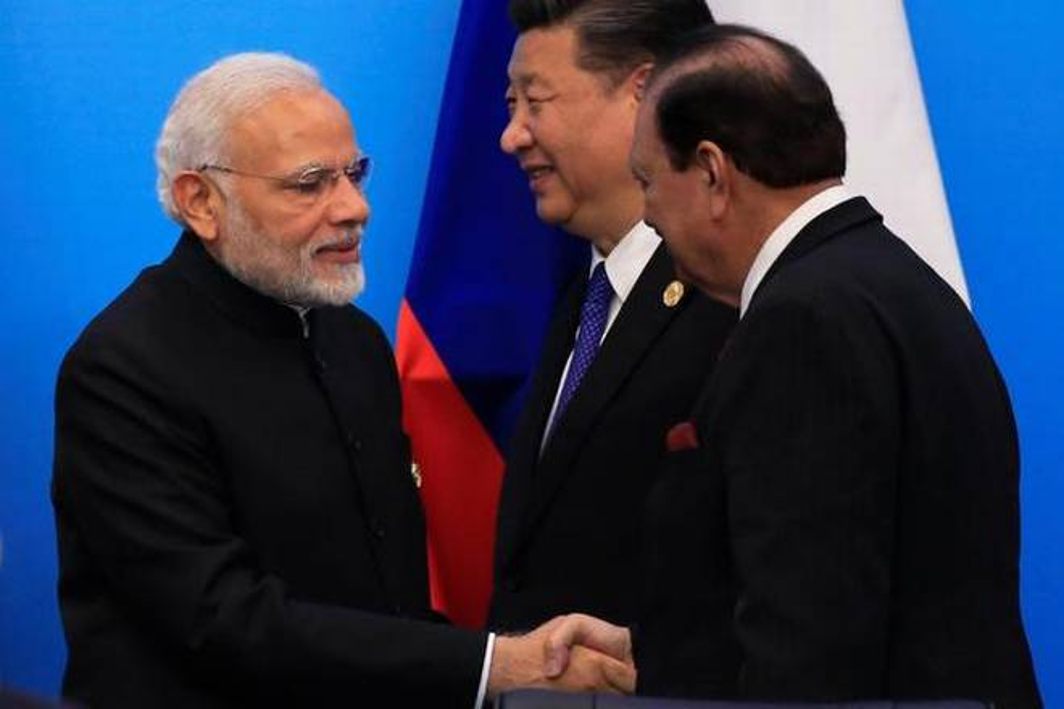 Prime Minister Narendra Modi on Sunday shook hands with Pakistan’s President Mamnoon Hussain and had a brief chat with him at the Shanghai Cooperation Organisation (SCO) summit at Qigdao, China.

The two leaders are participating at 18th SCO Summit. They shook hands after signing of agreements between the members states of the eight nation bloc.

The comprehensive talks between the two countries remained suspended since 2008 Mumbai terror attack.

The bilateral relations were further strained after a terror attacks in Air Force base in Pathankot and  on an army camp in Uri by Pakistan-based terror organisations in 2016.

The ties took a severe hit April last year after Pakistan military court sentenced  Kulbhushan Jadhav to death for his alleged involvement in subversive activities and spying for RAW.

After Uri terror attack India had boycotted the 19th SAARC Summit which was supposed to be held in Islamabad in 2016. It was postponed due to India’s non-participation.

India has been raising the issue of Pakistan-sponsored terrorism on various multilateral forums with an aim to build pressure to dismantle the terror infrastructure operating from that country.

Read More: India should deal with Pakistan with caution

Reports say that at the sidelines of the SCO Summit Mr. Modi held nearly half a dozen bilateral meetings with leaders of other member countries. However, there was no bilateral meeting between Mr. Modi and Pakistan’s President Mamnoon Hussain.