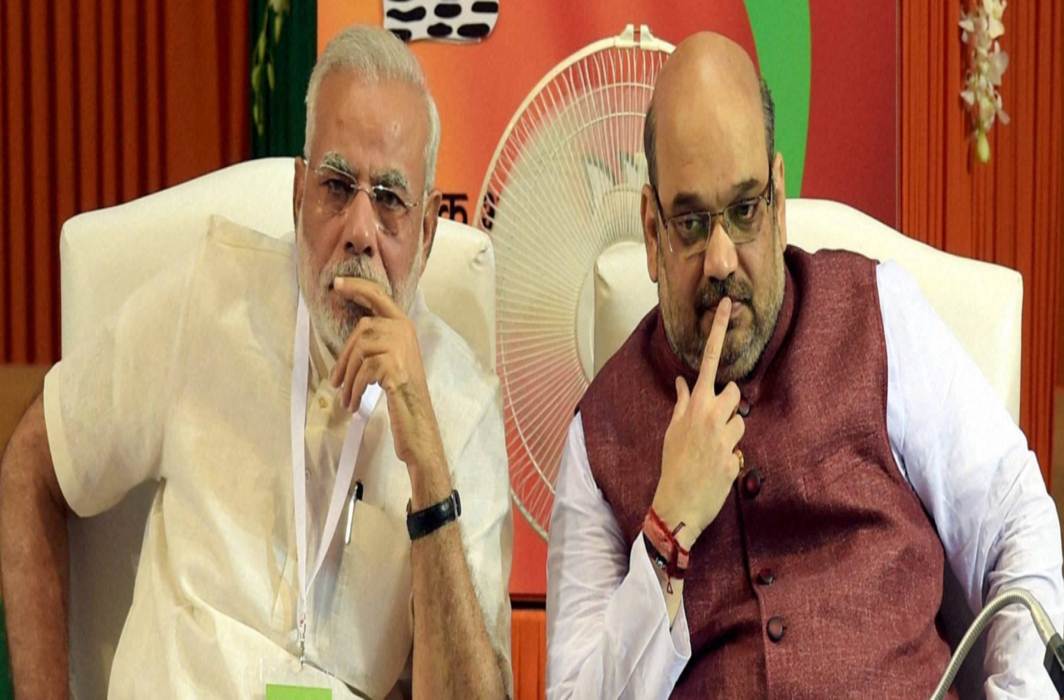 With Prime Minister Narendra Modi lapping up Congress’ Maharashtra unit secretary Shehzad Poonawalla’s allegation of the Congress presidential elections being rigged and terming Rahul Gandhi’s elevation as “Aurangzeb Raj”, the Grand Old Party has dared Modi and the BJP to declare the process that the saffron party followed while appointing Amit Shah as its president.

On Monday, Congress vice president filed his nomination in the Congress party’s presidential polls with as many as 890 party delegates – including incumbent president and his mother Sonia Gandhi, former Prime Minister Dr Manmohan Singh and a host of other senior party functionaries – proposing his candidature.

Although Rahul’s elevation, albeit through an internal election process conducted under guidelines set by the Election Commission and Congress constitution, is a foregone conclusion, the otherwise mundane presidential polls of the party have triggered a war of words ever since Poonawalla’s rebellion.

Last week, Poonawalla, a Secretary with the Maharashtra unit of the Congress, had alleged that Rahul Gandhi was being ‘selected and not elected’ as the party chief and that the entire election process was rigged to ensure that the Nehru-Gandhi scion wins.

Shehzad claimed that Rahul was being elevated as Congress president only because he had a ‘Gandhi’ surname. Shehzad had dared Rahul to resign as Congress vice president and contest as a common Congress worker without using the clout that his surname has in the sycophancy-prone party, while adding that if Rahul was prepared to do so, he would contest the polls too.

On Sunday, Modi while addressing election rallies in his home state of Gujarat, Prime Minister Narendra Modi had lapped up Shehzad’s claims and used them to hit out at Rahul and the Congress party.

I congratulate the Congress on their 'Aurangzeb Raj.' For us, the well being of the people matters and 125 crore Indians are our high command: PM Modi pic.twitter.com/GSobcJT20X

On Monday, in a style that is typical of his poll speeches Modi sought to mislead the voters in Gujarat’s Dharampur when he selectively chose a portion of a statement by Congress leader Mani Shankar Aiyar to attack the Congress’ presidential poll process. Modi said that Aiyar had given a statement wherein he claimed that during the Mughal-era, it was understood that after emperor Jehangir, his son Shah Jahan would be the ruler and that there was no election to select the ruler. Modi asserted that Aiyar’s comment was an admission of the Congress being a ‘family party’.

However, what Aiyar had actually said was that the Congress organizational polls were not like the Mughal-era norm of the son taking over as emperor from his father and that in the Congress party anyone was free to contest the polls, including Shehzad Poonawalla.

Hitting out at Modi for the ‘smear campaign’ against Rahul Gandhi and the Congress, party leader Madhusudan Mistry, who is also a member of the election committee of the party that is presiding over the Congress presidential poll process, said: “Our election process is being carried out as per the party Constitution but I want to ask Narendra Modi – what was the process that the BJP followed when Amit Shah was made BJP president”.

Mistry and a host of other party leaders have dared the BJP to declare whether it had any internal polls to decide who will be appointed as the saffron party’s chief.